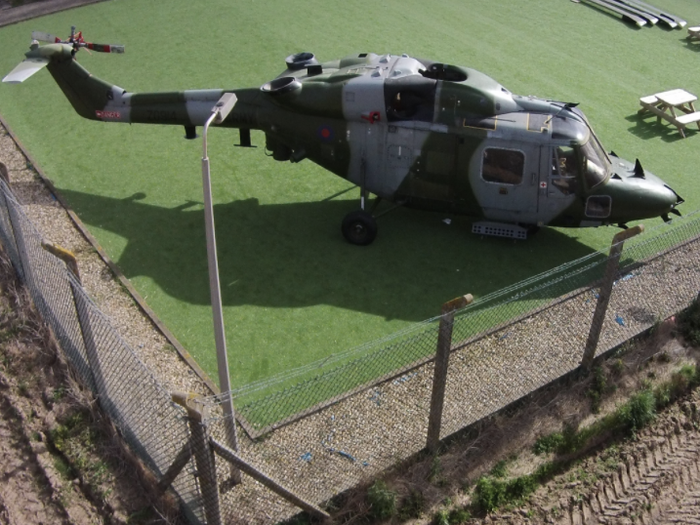 While an Army watchtower and a barbed-wire fence don't usually factor in to the perfect vacation getaway, one former Army training site in England is inviting guests to spend the night.

RAF Wainfleet in Lincolnshire, England, was a training facility during World War II for the Royal Air Force. Today, the base — known as The Tower Friskney — is still fully intact, but now guests can stay overnight in five unusual accommodations, including a decommissioned helicopter.

Take a look inside the complex.

RAF Wainfleet is a large complex on a farm in Lincolnshire, and the helicopter sits in the far corner. 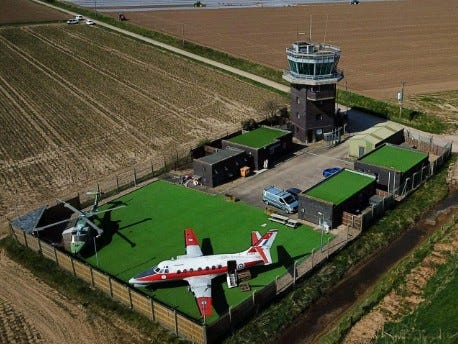 RAF Wainfleet consists of a watchtower and two bunkers — all of which have been converted into one-bedroom accommodations for guests. A plane is also in the process of being converted for overnight stays.

Before the helicopter was converted into an accommodation, it served in Afghanistan. 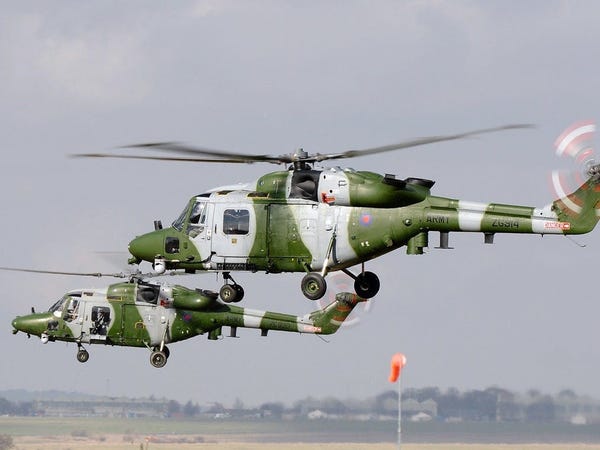 Made to withstand desert conditions, the Westland Lynx British Army helicopter acted as a cover for ground troops and vehicles during maneuvers.

When the helicopter was decommissioned a few years ago, it was placed at RAF Wainfleet with the help of a crane.

Now the helicopter, which has been renamed "Helipod," can comfortably sleep two people for $78 per night. 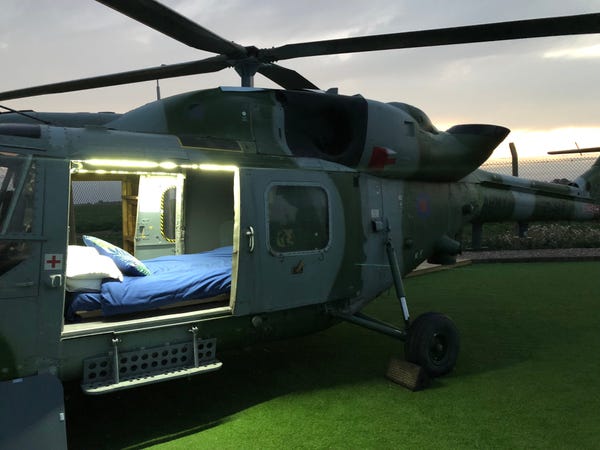 The interior of the helicopter was stripped and the fuel tanks were removed, so the unusual sleeping space now measures 5 feet by 10 feet.

The helicopter comes with a few amenities like a TV and a mini-fridge. 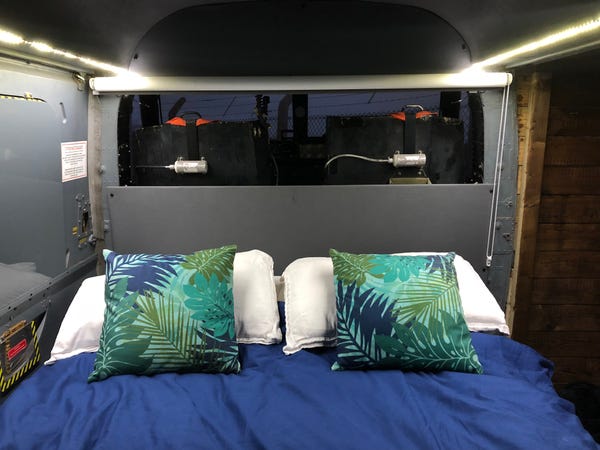 Inside you will also find a small lamp, a table, and a kettle. The floors are also heated.

Although it's a tight space, it's a popular stay among former servicemen. 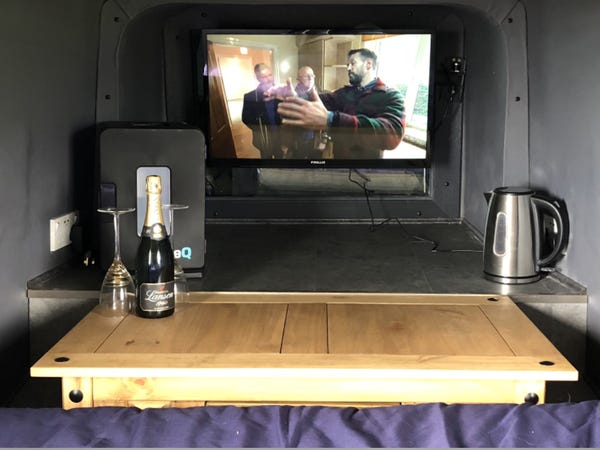 "We attract a lot of ex-service personnel and their families," Diana Fryer, the manager of The Tower Friskney, told Insider. "Our area of the country has a long RAF history with several RAF bases within an hour's drive of us."

Guests can also peek their heads into the cockpit, which is still fully intact. 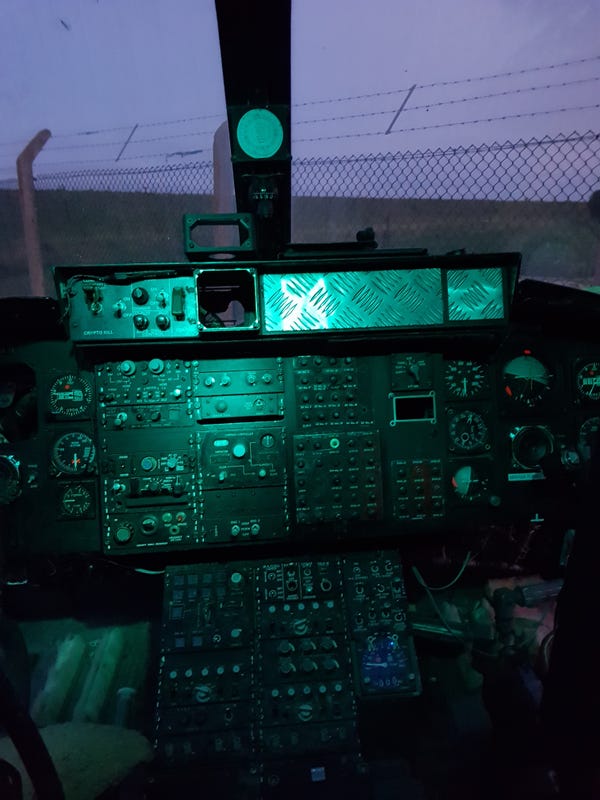 "We are personally very interested in quirky and alternative accommodations," Fryer said. "We wanted to create an affordable and fun way of experiencing a helicopter stay that could also be added onto stays in our other buildings."

Just outside the helicopter, guests have access to a private outdoor space. 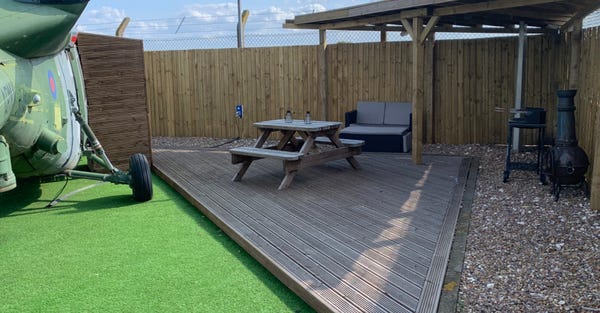 The outdoor space includes a sofa, barbecue, and firepit.

"Our helicopter experience is very much like camping, but without the tent," Fryer said.

In a separate block on the compound, guests have a private kitchen and bathroom. 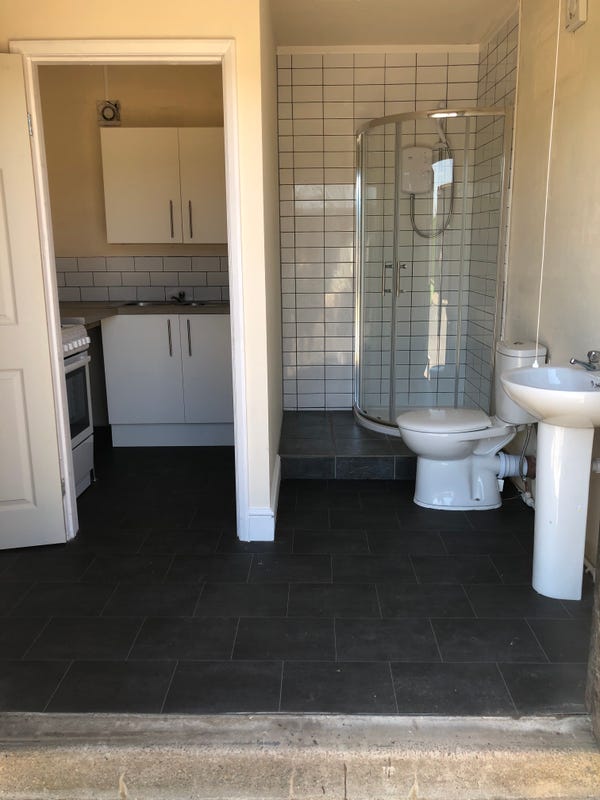 There's also a communal game room with a pool table, darts boards, and a tennis table, but it's currently closed to ensure proper social distancing.

The Helipod at RAF Wainfleet markets itself as a "unique holiday experience." 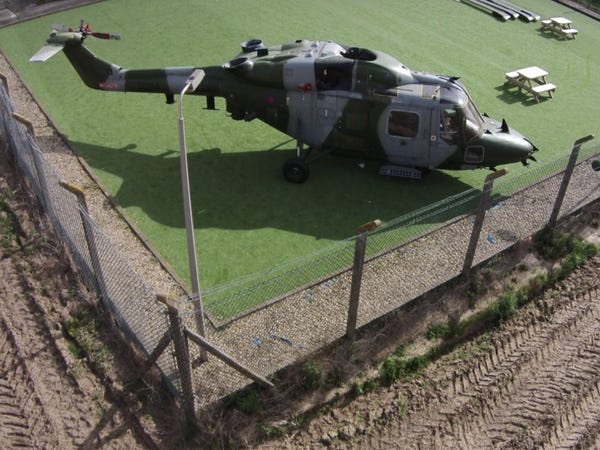 "Mostly we are selling an experience," Fryer said. "Our stays are mostly one or two nights and are booked by people who want to experience something different, something they can talk about on their social media or with family and friends."

Penthouse styled on VIP club goes up for sale for £2.1M