FILM enthusiasts can spend the night at a movie-inspired hotel in France, with private cinemas in every room.

The 36-room Hotel Paradiso is an homage to 60s Hollywood, according to the owners who opened last month. 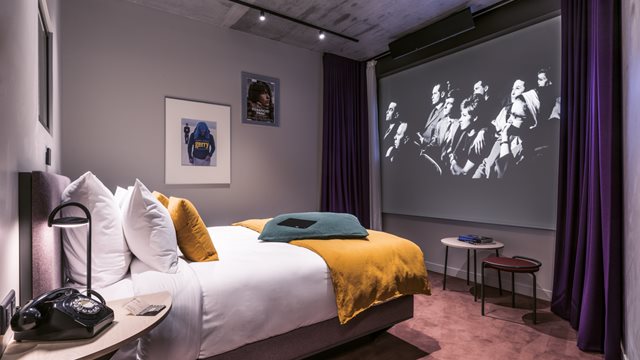 Located in Paris, the hotel is connected to a six-screen cinema so you can easily pop next door to get the full screen experience.

However, in each room, guests can enjoy a 9ft projection screen which emerges from the ceiling with the click of a button.

The corridors have a DVD library that guests can request from with more than 2,000 films available.

Some rooms even have film screens in the bathroom for a movie while soaking, or a Playstation 5 on request.

Need anything else? Call down to reception using the number 007, a hark back to the famous MI6 agent. 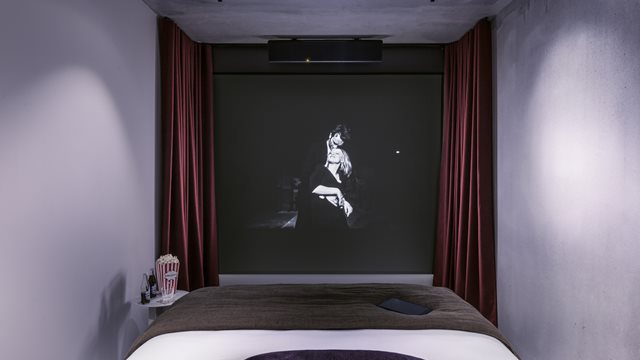 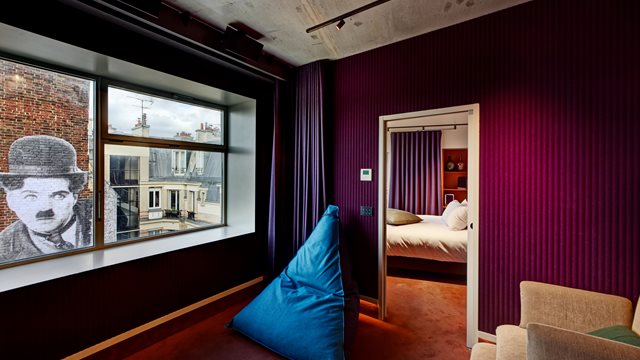 A karaoke suite, named the La La Land suite, has more than 10,000 songs to pick from while staying.

Don't worry about leaving the rooms either as room service includes meals as well as popcorn – sweet or salty.

Hoping to launch this summer, a rooftop cinema will also welcome guests with views of the Eiffel Tower and the Notre Dame.

Elisha Karmitz, who founded the hotel with his brother Nathanaël, said: "There's a very strong relationship between hotels and cinema. Not only do you have a lot of hotels in the movies, but also in LA, a lot of movies are being made. You meet in hotels, you produce in hotels."

Nathanaël added: "At 4am, when you can't sleep, what's better than being this comfortable and watching something? Especially since VOD service disappeared from hotels all over the world."

City hotels in the UK have slashed prices as low as £16 as bookings drop by 80 per cent.

Other quirky hotels opening this year include a beer hotel in Edinburgh, Brewdog announced earlier this week – with shower fridges included.

Ex-Cop Who Shot Daunte Wright Arrested, to Be Charged With Manslaughter
Entertainment