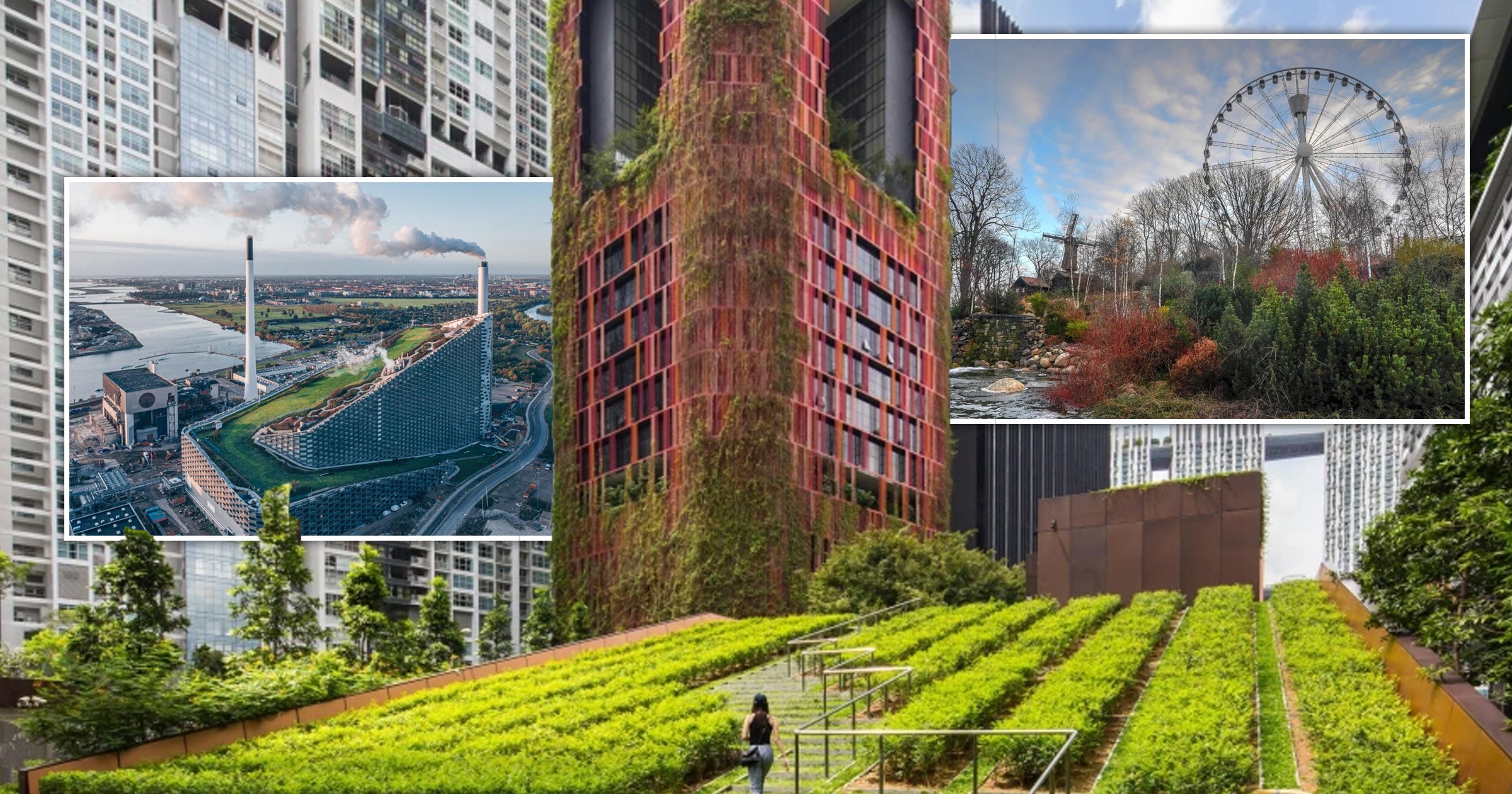 Cities are often regarded as major burdens on the planet’s resources, responsible for producing thousands of tonnes of waste, heavy pollution and guzzling fossil fuels.

But it doesn’t have to be this way.

Councils around the world are proving that eco-friendly cities can and do exist, with several set to approach carbon neutrality within the next few decades.

From Geneva’s clever usage of hydroelectricity to Vilnius’ transport sharing schemes, here are a few of the world’s greenest cities.

Singapore has a genius approach to green space. Take its Skyrise Greenery Incentive Scheme 2.0: the Singapore government will fund 50% of the installation costs of rooftop greenery and vertical greenery.

Since its introduction in 2009, many of Singapore’s buildings have been retrofitted with green roofs, edible gardens, recreational rooftop gardens and green walls. Meanwhile, in the Marina Bay area, all developments comply with a greenery replacement policy.

There’s an abundance of green space, including a chunk of virgin rainforest, in the centre of Singapore — and the rivers and ponds that weave between its skyscrapers double as flood control mechanisms.

And then there’s Singapore Green Plan 2030. Over the next ten years one million trees will be planted, solar energy deployment will be quadrupled, landfill waste will be reduced by 30% and 20% of schools will be carbon-neutral.

A hi-tech city with seriously impressive sustainability credentials, Geneva uses its lakeside position to its advantage.

For more than ten years, the water from the lake has been used to cool and reheat many of the city’s largest buildings, and 75% of the city’s electricity is produced by hydroelectricity plants in the wider Valais region (800 solar power plants provide much of the rest).

The city is on track to achieve its goal of reducing greenhouse gas emissions by 60% by 2030 and achieving carbon neutrality by 2050.

Its approach to sustainability extends to its tourism offerings too — when visitors to Geneva check in to their hotel, they get a free transportation pass that allows them to use trams, buses and Lake Geneva’s electric boats.

Brisbane City Council is a great place to start when it comes to assessing urban eco credentials — it’s one of Australia’s largest carbon neutral-certified organisations and slashes 600,000 tonnes of greenhouse gas emissions annually.

There are more energy savings courtesy of recently installed hi-tech LED city lights and the city is packed with sustainably minded businesses, including Biome Paddington for slow fashion.

There are a staggering 2,100 parks and, when it opens in 2023, the Queen’s Wharf leisure and retail precinct with have 12 football fields’ worth of green space.

Also, by 2031 natural habitat cover will carpet 40% of the city, while the city will soon have Australia’s first 100% sustainably powered electric bus.

It’s the ingenuity of Vilnius’s approach to sustainability we love the most — whether we’re talking its shared mobility services (such as the Spark electric vehicle-sharing scheme and the Bolt scooter-sharing scheme), which have helped the city cut its annual CO2 emissions by 35,000 tonnes, or its deposit return system.

It works like this: a €0.10 tax is added to the cost of glass and plastic bottles, which is then refunded when they are returned to collection points.

Our favourite example of the city’s approach to sustainability? Last Christmas locals were asked to continue to care for their Christmas trees, which were replanted in the city’s Verkiai Regional Park in March, creating Vilnius’s Christmas Forest.

Copenhagen plans to become the world’s first carbon-neutral capital by 2025 and Denmark hopes to become the first country entirely independent of fossil fuels by 2050 — and we’ve got no doubt it will achieve these goals.

Examples of its approach to sustainability include the city’s recycling vending machines, which refund a deposit when items such as cans are inserted, and its dedication to reducing congestion and emissions by investing more than £100million in cycling highways since 2005 (about 45% of Copenhageners cycle to work).

70% of the city’s hotels hold some type of eco-certificate, and there’s a real emphasis on utilising existing buildings rather than constructing new ones.

Our favourite example? CopenHill, a ski slope atop a green-energy power station. Suddenly the French Alps look a bit plain.

Much of Vienna’s sustainability credentials relate to water — its citizens have quenched their thirst with spring water piped directly from Austria’s mountains since 1873, and the city’s water treatment system was recently given an overhaul that turned it into an eco-power plant capable of reducing carbon emissions by 40,000 tonnes each year.

Vienna plans to double its generation of renewable energy and halve the transport sector’s CO2 emissions by 2030 and it’s a city with an abundance of green space too — 50% is covered with greenery and its three urban farms have carved out 860 hectares of organic growing space.

Gothenburg is another city with an innovative approach to sustainability, whether it’s the so-called rescued lunches scheme, which involves the redistribution of surplus food from restaurants and hotels to not-for-profits such as the Rescue Mission, or the use of rapeseed biofuel to power the airport shuttle buses.

95% of hotels are eco-certified and Gothenburg’s largest conference venue, the Swedish Exhibition & Congress Centre, is 100% wind-powered.

Our favourite place in this lovely Swedish city? The Liseberg theme park, which is fully wind-powered and even has its own windmill.

Littering and fly-tipping a 'major problem' for Brits, study reveals