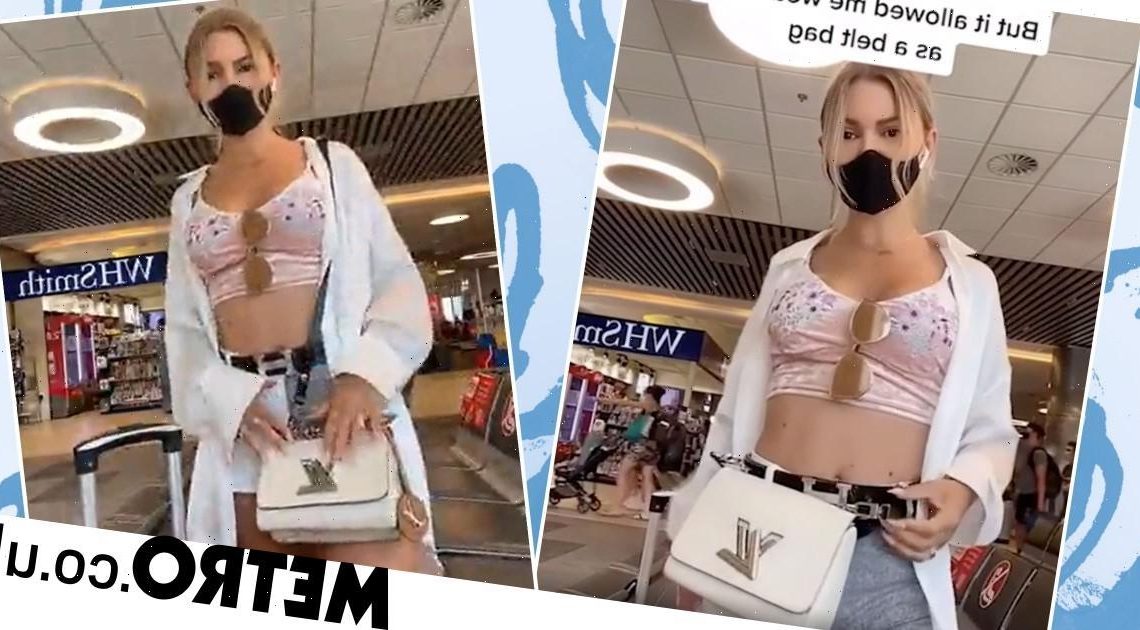 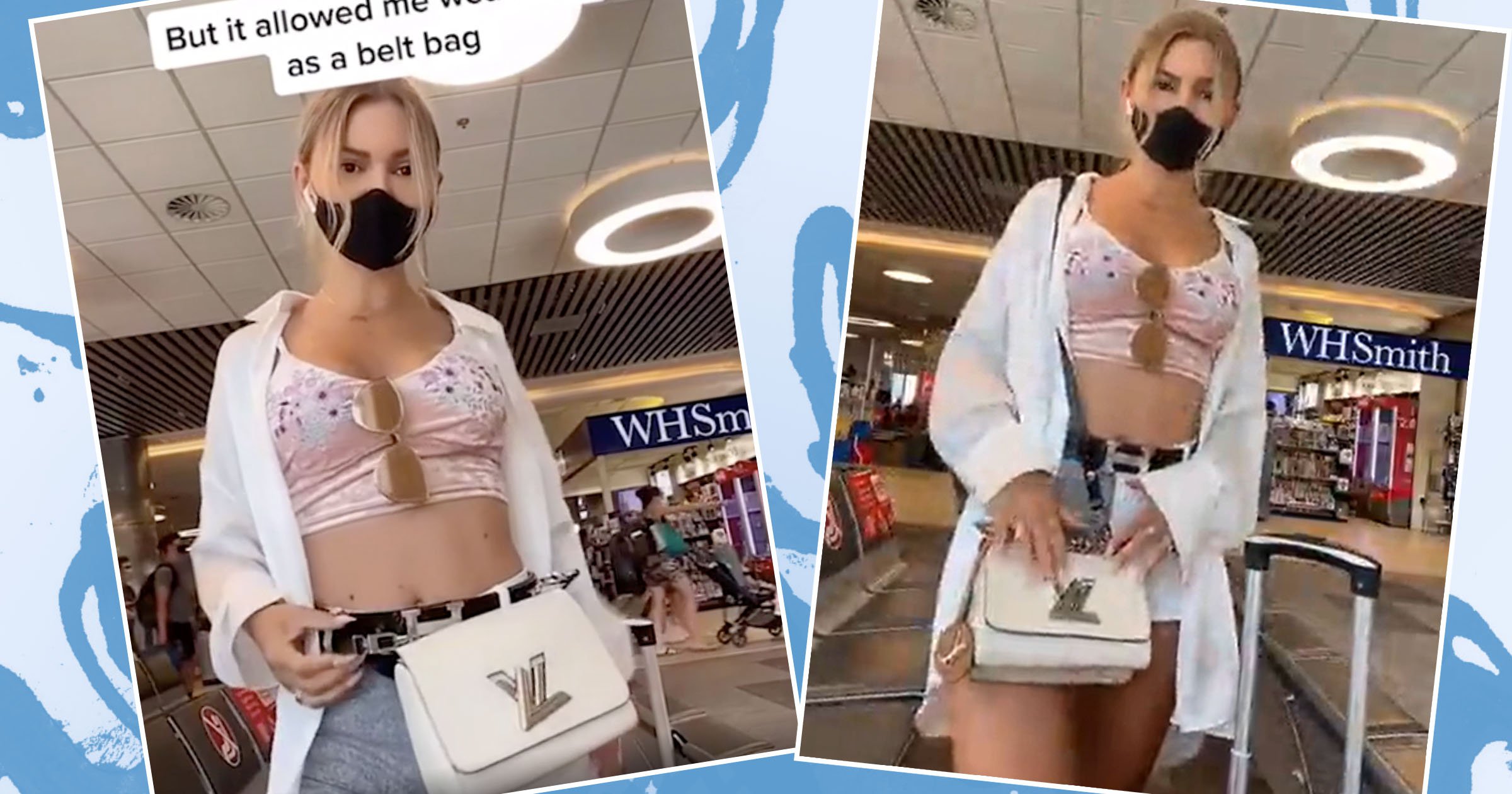 Typically, a holiday is supposed to be a relaxing escape from day to day life.

But baggage requirements can make things pretty stressful, particularly when airlines only let you take one bag on board – unless you want to pay extra.

However, one woman has revealed a trick that ensures she can take on an extra bag – simply by changing it into another accessory.

TikTok user @nelly_rai explains that she was not allowed to board a flight with a suitcase and her handbag.

So she decided to thread her handbag strap through her belt loops and wear it as a bum bag instead.

In her video, she says: ‘Aegean Airlines didn’t allow me to carry an extra purse.

‘But it allowed me wearing it as a belt bag.’

Lots of users have been impressed by her creativity. However, while @nelly_rai claims that this trick worked for her – others remain unconvinced.

Of course, it’s always good to check what rules every airline has before flying – as some allow a handbag as well as a suitcase or carry-on.

This TikToker follows in the footsteps of others, who have previously shared hacks for getting more hand luggage on flights.

But anyone thinking of sharing their tips online should also know that one TikTok user was banned from an airline after sharing how to get ‘free’ baggage while travelling.

Elsewhere in the world of travel hacks, an expert has revealed how to get a whole row on a plane when travelling in a pair.

She also adds that more free seats are likely to be available in row 13, as people tend to think it’s unlucky (unless, of course, others read this and book them too).