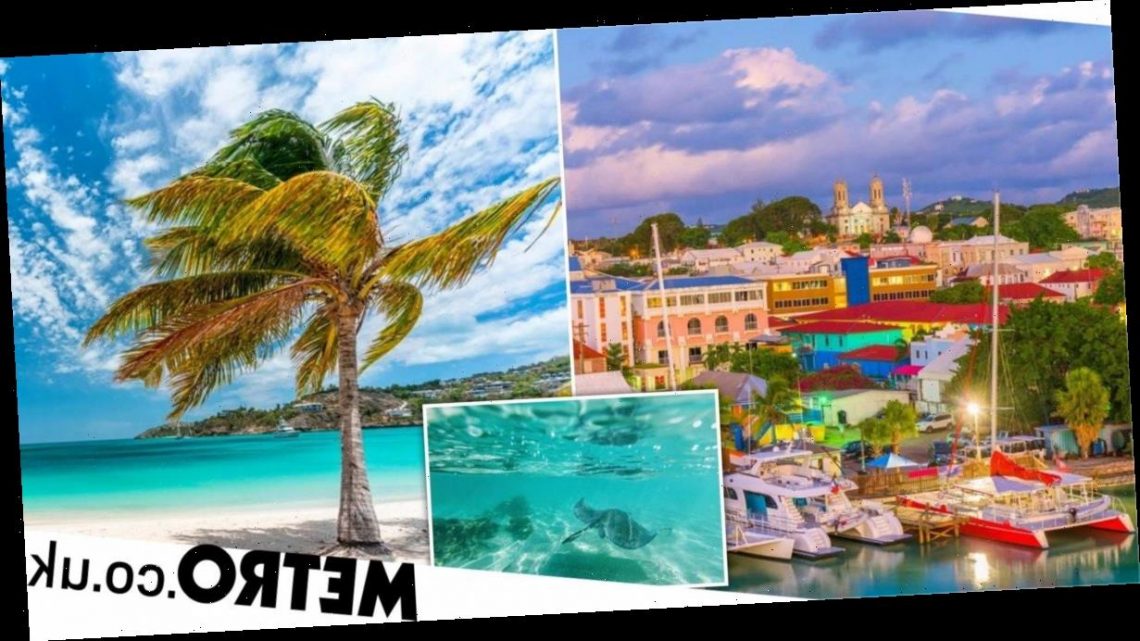 If there’s one joy to come out of the new world of remote working, it’s the possibility of a workation: imagine taking a whole month to immerse yourself in a fab new environment, playing and working to extend your time?

Antigua has 365 beaches – one for every day of the year – so you won’t be short of places to pull up a lounger and whip open your laptop.

And if you want to just sunbathe, do it early, as the UK is currently four hours ahead and your office won’t wake up till it’s your lunchtime.

Even when travel restrictions are lifted again, you’ll need to adhere to medical checks on arrival and supply a negative Covid test on your return. In the meantime, here are even more things things you plan in your extended downtime…meaning snorkelling, surfing, swimming and diving are a given.

Want something a bit different? Stingray City offers up an underwater experience you won’t forget in a hurry. Antigua’s southern stingrays are the brightest rays in the Caribbean – and friendly too (phew!)

For more aquatic action, don’t miss Antigua Sailing Week (usually April/May), when yachts from all over the world arrive in English and Falmouth harbours to take part and race around the island. But if you’re not a sailor, you can still get out on the water with Chase The Race, which will let you observe the action from the best vantage points.

On November 1 the island will mark its 40th year of independence from Great Britain but if you miss those celebrations, you’ll find more during Carnival, a cultural fix usually held each summer.

As part of the British West Indies, Antigua and its neighbouring island, Barbuda, were ruled by Blighty for 350 years, which has inevitably left its mark, particularly in terms of architecture. Nelson’s Dockyard, the only remaining example of a Georgian fort, commissioned in 1755, is perhaps the most renowned landmark.

You can also visit Betty’s Hope in Pares Village, one of Antigua’s first full-scale sugar plantations (these were a major part of the island’s economy from the 17th to 20th centuries, along with cotton and tobacco).

Dating from 1651, it’s been restored and is now a museum but you’ll learn about its history, as well as the sobering story of the Caribbean slave trade.

Another unique site is Devil’s Bridge, located at the eastern tip of the island in Indian Town National Park, where Atlantic breakers have carved out a natural limestone arch.

If you’re craving a little more adventure, take the rainforest canopy tour located in the heart of the Fig Tree Drive rainforest. The Antigua Rainforest Company is the island’s only zipline and rope adventure operator, allowing you to explore this lush, green forest high among the treetops.

As this is a tropical island, you can expect an abundance of stonking seafood. You’ll find lobster, red snapper, conch and more, as well as delicious, naturally grown fruit.

Antigua’s local highlights include the black pineapple (though its colour is the same as a normal one), which is known as the sweetest and rarest pineapple variety. There’s also the soursop, which doesn’t taste as bitter as its name. Its flavour is more like a creamy blend of pineapple and strawberry.

No meal is complete without being doused in Susie’s Hot Sauce, pleasing palates since 1960. Made with peppers, mustard, vinegar and spices, it will elevate any dish. And with all that sugar cane around, rum is practically the national drink. It’s used liberally in cocktails as well as in traditional Antigua black rum cake.

Where’s best to base yourself? The capital, St John’s, is the island’s main hub and is brimming with bars and restaurants, with access to several beaches.

From here you can also take a ferry to neighbouring Barbuda or another nearby island, Montserrat. English Harbour Town and Jolly Harbour are as delightful as they sound, with a range of historic sites, beach resorts, and nightlife.

When Jeff couldn’t cut his steak, he knew something was wrong