What Kenan Thompson Can’t Travel Without

The actor and comedian Kenan Thompson has been a star on “Saturday Night Live” for a record-breaking 16 seasons. In July, he’ll also be a judge, along with Chrissy Teigen and Jeff Foxworthy, on “Bring the Funny,” a new television series where comedians will compete in a talent show for fame and money. Next season, he will start in a new family sitcom, "The Kenan Show."

Based in New York, Mr. Thompson almost always brings his family — his wife, Christina, and their two girls, Georgia, 4, and Gianna, 9 months – when he travels.

“You’re their main protector so it’s the best when you have them with you,” he said. “And it keeps you somewhat normal in what you can do. When you’re traveling for work, and you’re worried about your kids, it’s hard for you to focus on work.”

Travel with children isn’t all that different from travel before children, he said. The family went to Las Vegas for New Year’s Eve, where the vibe was more cozy than crazy. They took a road trip to Utah to see the sights, rather than party all night at the clubs.

“I used to enjoy going out and stuff but I’ve never been too wild,” he said. “It was actually fitting that I had my entire family with me and that I was driving a Suburban. I’m such a shorts and black-socks guy, it’s so embarrassing. I was built to be a dad.”

One thing has changed though. “Kids get up early, relentlessly, so no matter how late you’ve been hanging out, they’re up at 7 or 6:30 or whatever. And ready to talk about it. I’ve never seen more breakfast tables than when I started having kids.”

Here’s what he can’t travel without. 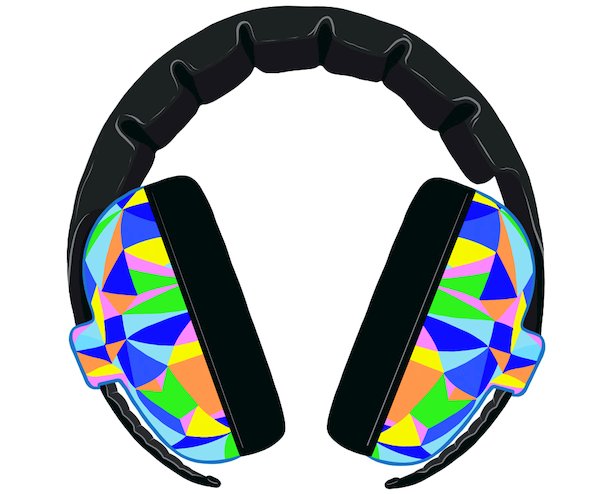 “You gotta be aware of when they are disturbing people, so you can’t have their headphones cranked up too loud but for the 3, 4, 5-year-olds, headphones are a good thing because it keeps them occupied. We’re screen-timers, so she has her own iPad. I know a lot of people frown on that, but it is a godsend.”

“I’ll have my headphones hooked up to my phone so I’ll be listening to comedy albums and stuff the whole time. When you’re holding the child, you can really only scroll through emails, basically, or go to sleep.

“I’m a huge Bill Burr fan. I’ve just been listening to Patrice O’Neal’s albums. Because I’m working with Jeff Foxworthy, I got all his records so I’ve been listening to all his albums. So much fun. He’s so nice, and so frickin’ funny. That dude is a standup legend. I listen to Ellen DeGeneres’ first album a lot. Patton Oswald at times, Jim Gaffigan, the best of Chris Rock. And Comedy Central has a playlist of people, so that’s when you get newer people who are great as well, like John Mulaney and stuff like that.”

“Not even just for your neck, but for the babies to sleep on in your arms to take some pressure off. That helps.”

This interview was edited for length and clarity.

52 PLACES AND MUCH, MUCH MORE Follow our 52 Places traveler, Sebastian Modak, on Instagram as he travels the world, and discover more Travel coverage by following us on Twitter and Facebook. And sign up for our Travel Dispatch newsletter: Each week you’ll receive tips on traveling smarter, stories on hot destinations and access to photos from all over the world.