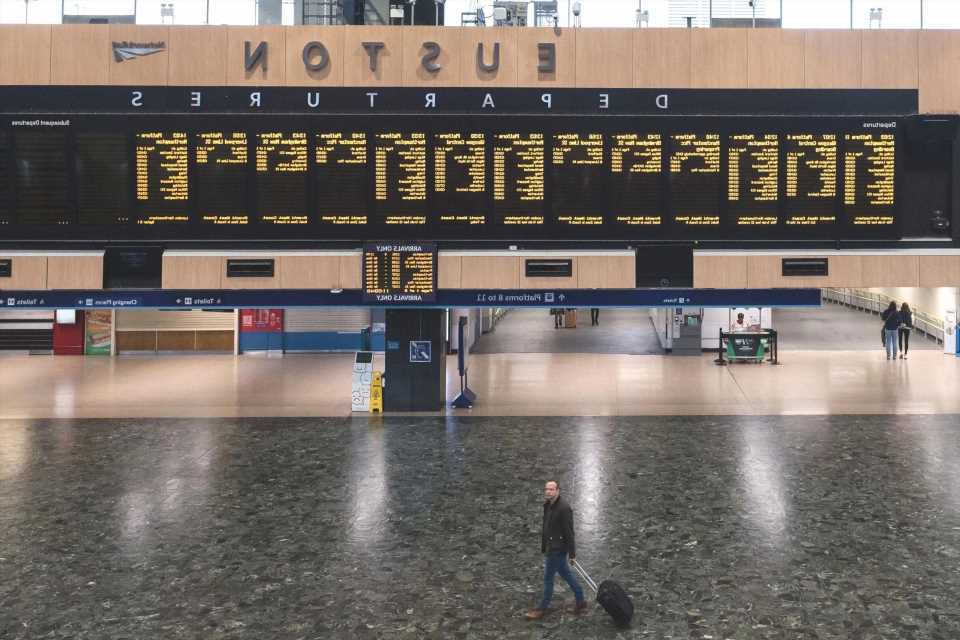 BRITS are experiencing a weekend of fresh travel misery as thousands of workers continue to strike over pay, jobs & conditions.

Network Rail, train companies, London Underground and buses in the capital will be hit by walkouts throughout Saturday and Sunday.

The industrial action is set to cause travel chaos for workers, holidaymakers and fans going to events, including a cricket Test match at Lords.

Network Rail confirmed only 20 percent of services will operate with train companies LNER, Cross Country and Chiltern Railways among those who will be affected.

Writing in a letter posted on Twitter, Transport Secretary Grant Shapps said: "People feel that this ongoing unnecessary strike action is a kick in the teeth to workers who cannot get to their own jobs now."

Members of the Rail, Maritime and Transport (RMT) union, Transport Salaried Staffs Association (TSSA) and Unite will be involved in the industrial action, after ongoing talks failed to break the deadlocked rows.

It comes as Mick Lynch revealed that more strike action is "likely" in the future.

Speaking to BBC Breakfast he said: "I’ll be talking to senior executives in the industry all through next week trying to create solutions to these problems and then we’ll decide whether we need to take more industrial action but I’ve got to say that it’s very likely given the gap between us at this time."