PEPPA PIG has stolen all the thunder in nurseries, where talk among the cool toddlers is of an entire land devoted to their muddy-puddle-loving pal.

Yet, 150 miles north, just outside Birmingham, is the original world of wonder, where wide-eyed kids get to see their other TV hero, Thomas the Tank Engine, come alive. 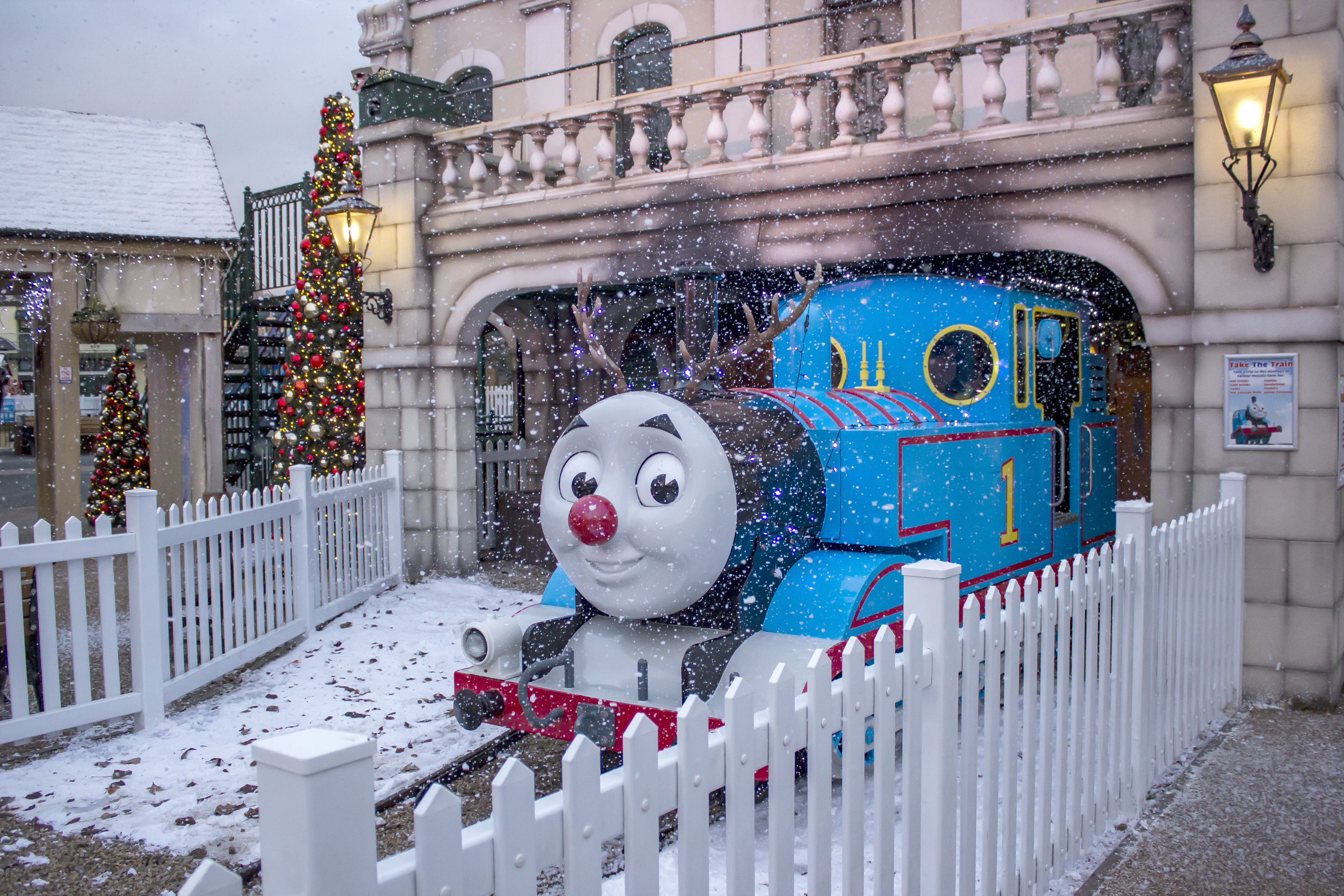 Opened 11 years ago in Drayton Manor Theme Park, Thomas Land is three acres of pure childhood indulgence for fans of the talking train and his steam-propelled pals.

Even for my six-year-old daughter Frankie-Beau, who’s arguably too old for Thomas, the beautiful winter wonderland- theme for Drayton’s Magical Christmas had her giggling and grabbing my arm to rush to everything in sight.

And there is a lot to see, with more than 25 themed rides that began with a little trip on Thomas himself.

Thrillingly for my three-year-old twin boys, Reggie and Teddie, he took us directly to the Dino Trail, an impressive display of dinosaurs that led to the park’s 15-acre zoo where Rudolph and co were waiting to meet us. 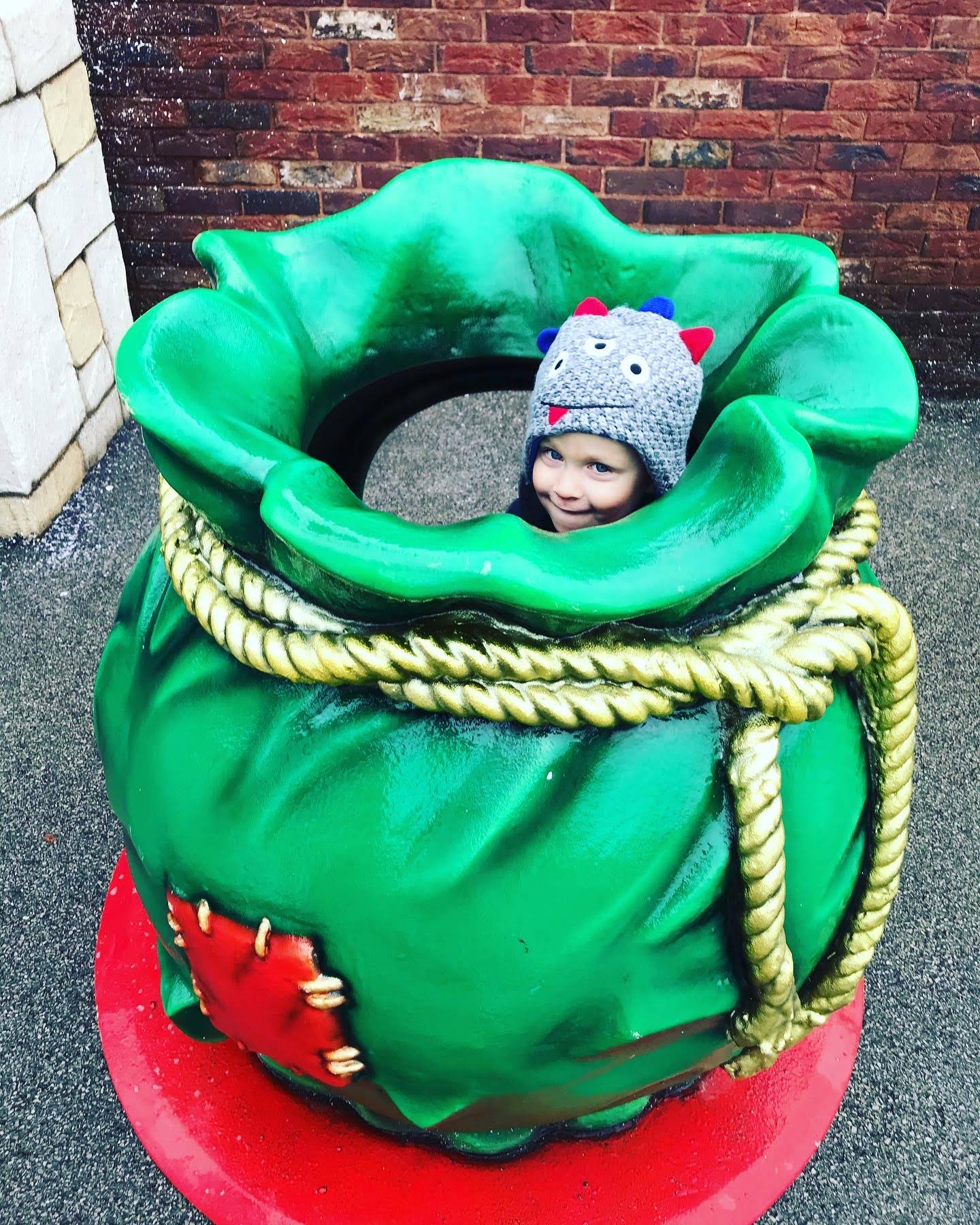 At the Castle of Dreams it’s guaranteed to “snow” every day, you can sing along with the Fat Controller and co, and inside awaits the big man himself.

Santa’s grotto is a 45-minute immersive journey, guided by elves, and is genuinely one of the best, sensibly priced, visits we have had to Father Christmas.

Then it was full steam on that well-rehearsed parental plan of rushing from ride to ride until we’d been on them all at least once.

There’s a ride based on all the Friends your kids know and love – a Bertie Bus sky ride, Captain’s Sea Adventure, Cranky’s Drop Tower, Diesel’s 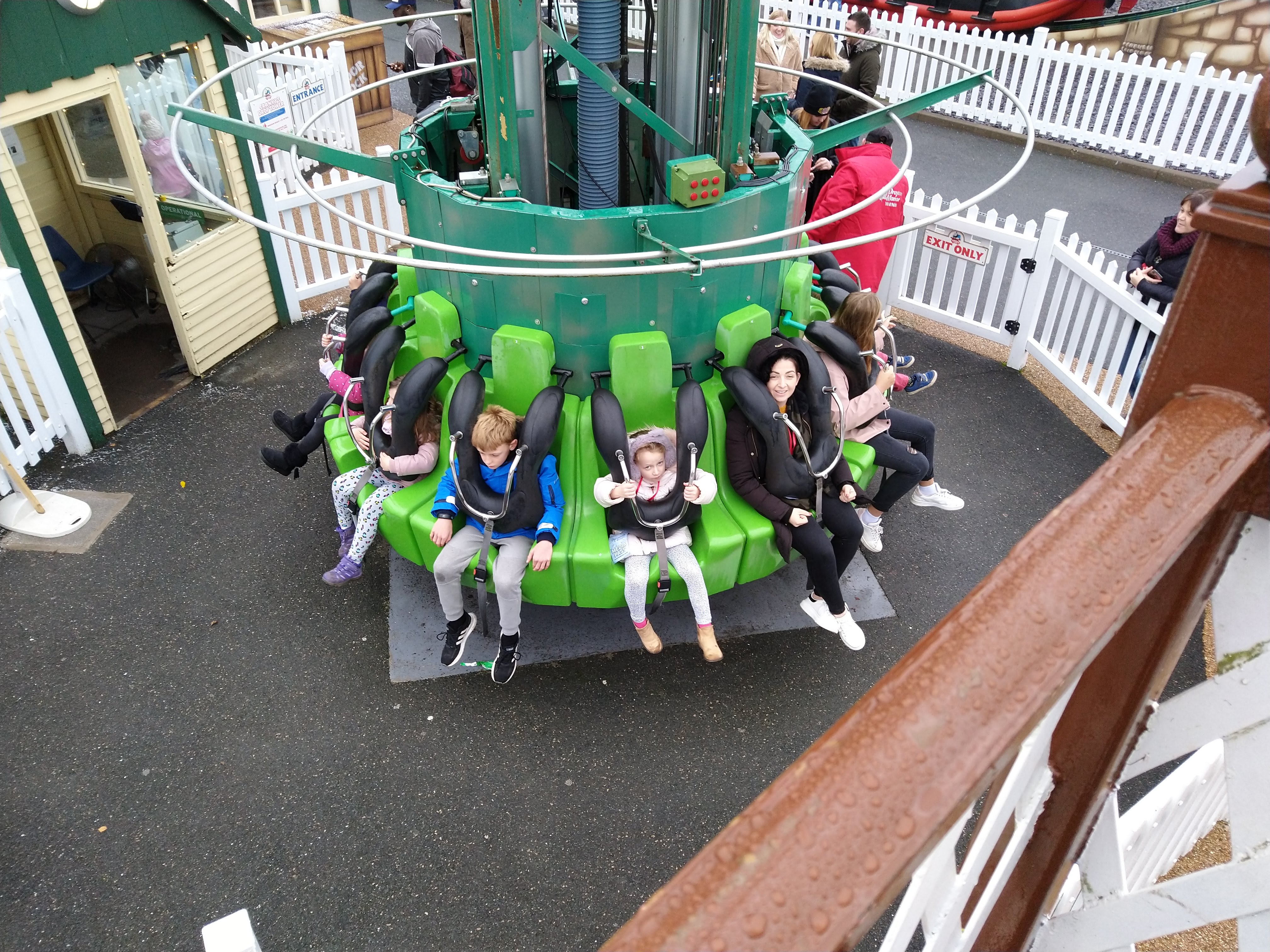 Age: A Mammoth Christmas showing in the 4D cinema. And the most important thing in all this?

Almost all the rides are for little children so you don’t get the heartbreak of telling three-year-old twins that they are not big boys.

With a spectacular fireworks display marking the end of the day in Thomas Land, we left in agreement that we’d so much fun we’d choo-choose to go back again next year.