If you’re a fan of the finer things in life, there’s a whole new way to combine your love for designer items and delicious food…but you’ll have to book a flight. The first-ever Louis Vuitton café and restaurant is opening in Japan and it looks luxurious as all heck.

WWD broke the news of the new luxe dining options that will be a part of the Osaka, Japan, Louis Vuitton flagship location. The café, called Le Café V, and the restaurant, named Sugalabo V, will both be on the top floor of the four-level store. 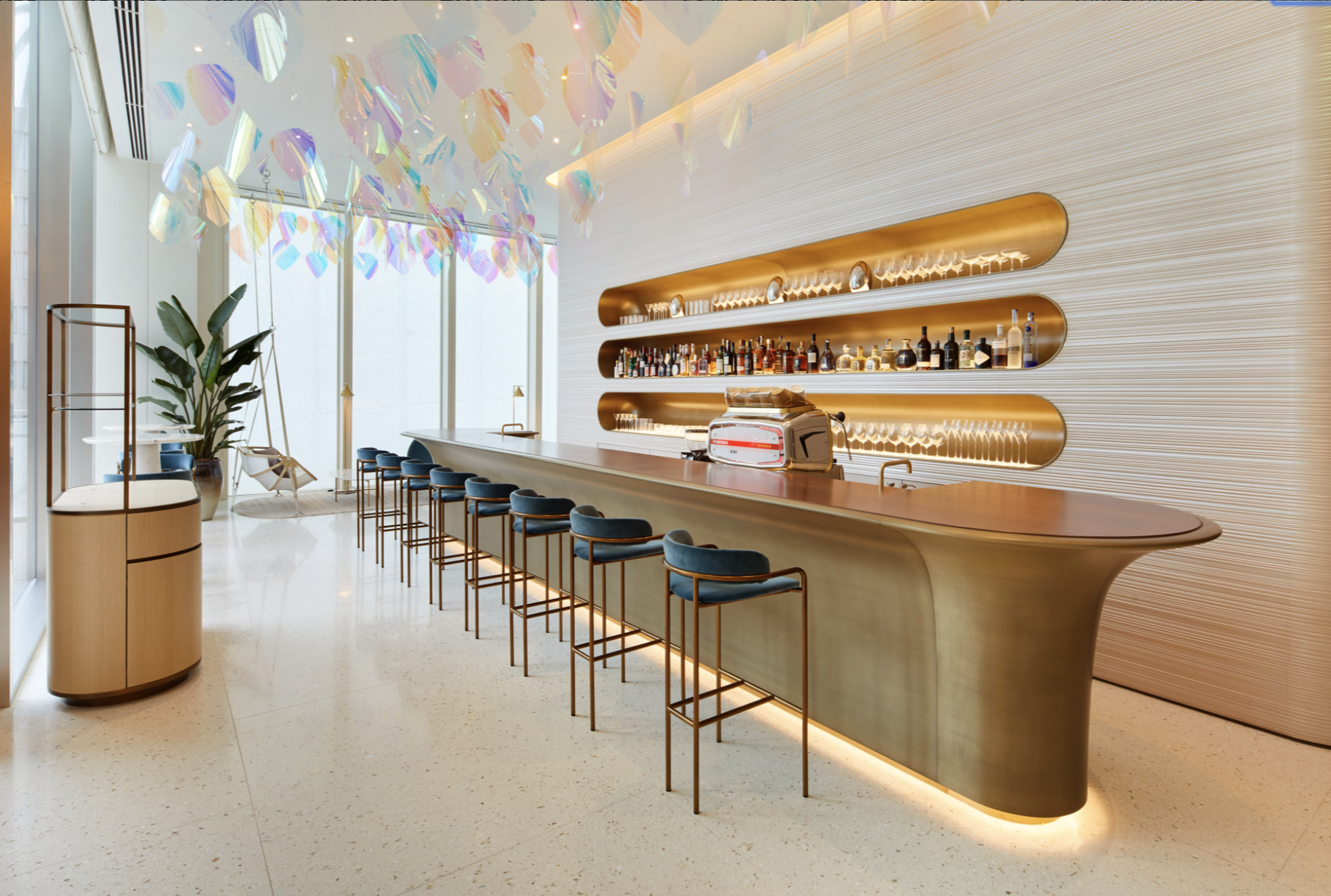 The menus will be curated by Yosuke Suga, a renowned Japanese chef. Although there is no official word on what these two Louis Vuitton eateries will have on their menus, the restaurant Sugalabo V will be inspired by chef Suga’s Tokyo restaurant called Sugalabo. His restaurant is super exclusive to get into, and the Louis Vuitton location will be no different. Suga travels every so often to explore new ingredients and gain inspiration for new dishes, so it’s no question that the menu will be carefully considered. Not only will the food be bougie, but the entire aesthetic of the restaurant spaces will also be decorated in line with the Louis Vuitton brand. Designer Tokujin Yoshioka was in charge of designing charger plates that reflect the design and will likely be an ode to the famous LV monogram, reported WWD.

The Louis Vuitton Osaka flagship is set to be open for retail on February 1, but Le Café V, and Sugalabo V will be open and ready to serve lucky customers starting February 15.

Men, Lucy Hale Doesn't Care If You Prefer Her Hair Long: "I Cut My Hair For Me"
Entertainment