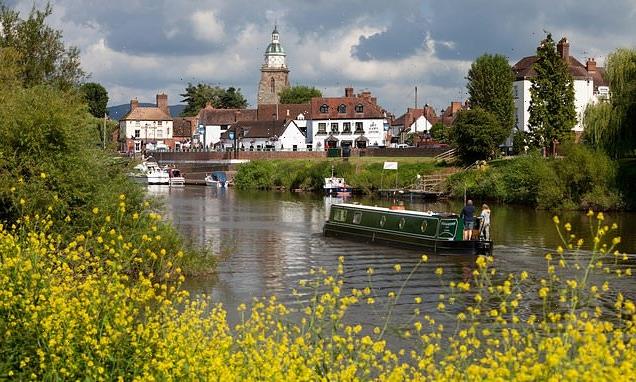 The joys of delightful Worcestershire river town Upton upon Severn

Britain at its best: Ancient tales and charm abound in the delightful Worcestershire river town of Upton upon Severn

You could say it was a night in the pub that changed British history. On August 28, 1651, Royalist troops were making merry in a cosy tavern (thought to be Ye Old Anchor) at Upton upon Severn, a town held by the forces of Charles II.

But they had forgotten to remove the plank on which locals could cross the River Severn.

At daybreak, a team of 18 crack commandos from the Parliamentary forces of General John Lambert walked over. Fierce fighting ensued and Cromwell’s New Model Army prevailed. The Royalists then retreated to Worcester, where just a week later they suffered their final defeat. 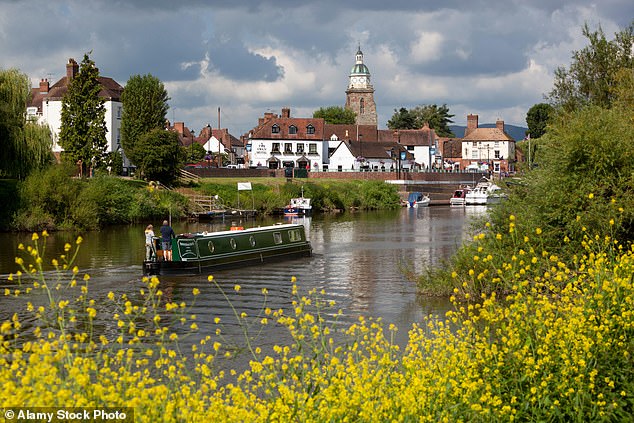 Slowly does it: Neil Clark travels to Upton upon Severn (pictured), which he says redefines the word ‘attractive’

But, of course, the monarchy eventually survived and now we have another King Charles on the throne. So this might be a good moment to visit. Before the railways, the Severn was the most important commercial waterway in Britain. Upton thrived as a major port — the only place where you could cross the river between Worcester and Tewkesbury.

The town’s most distinguishable landmark is The Pepperpot, the last remnant of the 13th-century church which derives its name from its hexagonal lantern and copper cupola. Inside is a heritage centre where I learn that trows was the name of the two-masted vessels which plied the Severn, carrying up to 120 tons of cargo. They were towed by men until 1812.

Across the street is the Tudor House Museum, whose three floors are home to the most eclectic collection of everyday items I’ve ever seen. My guide, Jim, shows me everything from pottery, lace, old pipe tobacco tins and Victorian dolls. There is also a display paying homage to Upton’s most celebrated son, the war hero Admiral William ‘Bill’ Tennant, the man in charge of the Dunkirk evacuation of 1940.

The Severn has been both friend and foe to Upton, bringing prosperity and floods. New defences were built after 2007, but in early 2020 the waters came to within half of inch of breaching them.

With its mix of wooden framed buildings and splendid Georgian facades, Upton redefines the word ‘attractive’. It’s not just the splendid architecture, it’s the lack of chain outlets which makes the town so special.

There’s a traditional confectioner’s with jars of sweets in the window, a model train shop, a map shop and the Stitchery for all one’s sewing needs. Above is The Pepperpot, a 13-century church regarded as Upton’s most distinguishable landmark At Cook’s Bakery you can buy large pieces of caramel shortbread for just £1.15. G. Shinn Country & Leisure Wear (proprietor: Mrs Shinn), is where comedians Bob and Paul enthused over the range of fishing tackle in their popular Mortimer & Whitehouse: Gone Fishing television series.

Henry Fielding refers to The White Lion Hotel as a ‘house of exceedingly good repute’ in his bawdy 1749 masterpiece Tom Jones; the Rose Room and the Wild Goose Room which are mentioned therein are still in use.

The cast of the classic 1970s BBC drama series Tinker Tailor Soldier Spy stayed at the hotel during filming. In the lobby there is a signed photograph from George Smiley himself, aka the actor Sir Alec Guinness, thanking the staff for their kindness. 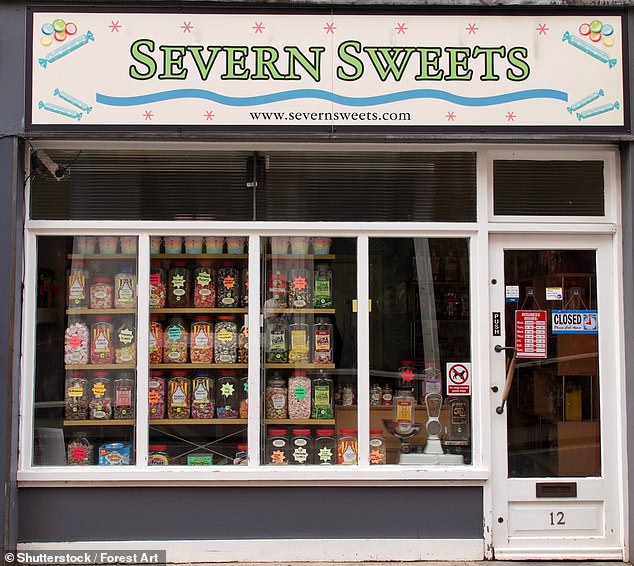 Neils says it’s the lack of chain outlets that make the town ‘so special’. Pictured is an independent sweet shop

Crossing the river on the town’s latest bridge, dating from 1940, I head across to the marina.

As I enjoy fish and chips by the waterfront, a friendly couple from Coventry ask me if I’ve been to the town centre. ‘It’s like going back to the 1950s.’

White Lion Hotel (whitelionhotel.biz, 01684 592551) has double rooms from £109. For info go to visitthemalverns.org. The Tudor House Museum (admission free, thetudorhousemuseumupton.org) is open Thursdays, Fridays and Sunday from 1.30-4.30pm and on Saturdays 10.30-4.30pm.

Discovering the joys of Tampa in Florida