Scandi cycling? No sweat: The Tour de France starts on Friday in Denmark – but the going’s easy on these ebike trails

This weekend is the start of the Tour de France. The greatest cycle race on earth is famous for its lung-busting climbs and daredevil hairpin descents. So why are the riders lining up in Denmark, a land renowned for being as flat as a pastry plate?

Jutland is a fine place to find out — flying into Legoland airport at Billund — and it’s good to say one has notched up a stage or two of the Tour.

I drive down to Vejle, on the edge of Vejle Fjord, where Stage 3 of the Grand Départ starts on Sunday, when some 200 cyclists will set off to cover 2,000 miles in 23 days. 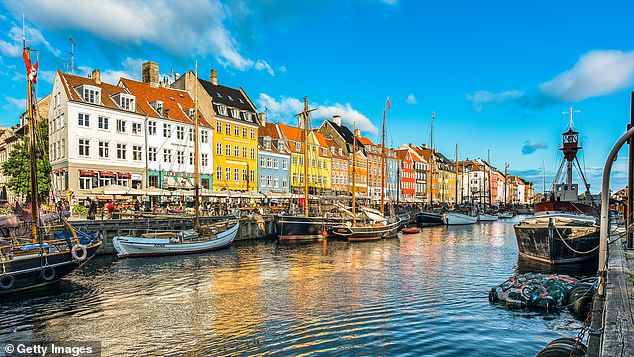 Delightful Denmark: Mark Porter heads on a cycling holiday in Denmark – where this year’s Tour de France will begin – with his trip following a route that goes south towards Sonderborg (above) 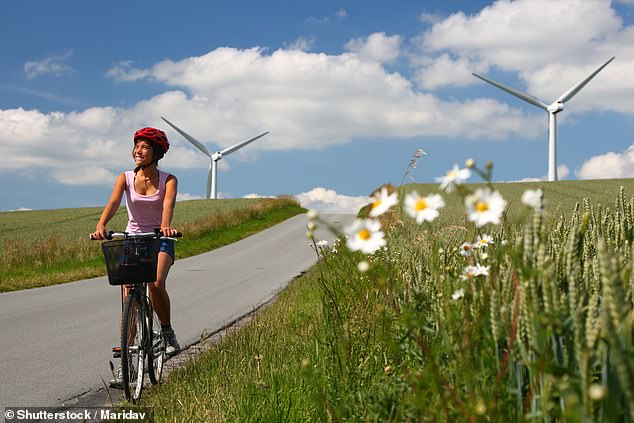 According to Mark, Jutland (pictured) is a fine place to discover why the Tour de France is beginning in Denmark, ‘a land renowned for being as flat as a pastry plate’

The port was once known as the Manchester of Denmark because of its cotton mills, but the comparison is unfair as it is small, pretty and architecturally magnificent, from the modern Fjordenhus to the 13th-century cathedral.

Jutland is the only part of Denmark that is on the European mainland and Vejle is also one of Jutland’s best cycle hubs.

I waste no time in setting off from the excellent, bike-friendly Center Hotel, which arranges trips like mine. I take the north bank of the fjord, following a trail through brightly painted villages up into the woods and across pastureland on a bike suitable for all terrains (and hills, too, as it’s an e-bike).

I am limbering up for tomorrow, when a chap called Lars is taking me along the route proper. He’s Denmark’s equivalent of Bear Grylls and is the fitness trainer of the national football team.

I head up to Overby on the west coast of the fjord, then on my way back I stop to admire the view at Tirsbæk Strand. Two lone women are swimming off the pontoon and invite me to join them. ‘I have no trunks,’ I tell them. ‘We don’t care,’ they reply. I bottle out and head back to the hotel, a slight frisson of regret clouding the evening. 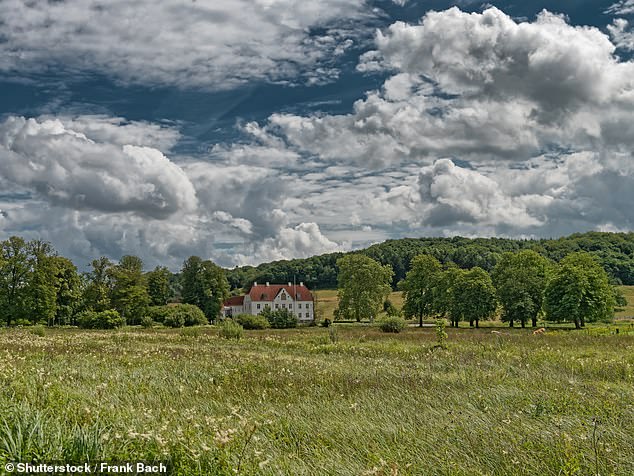 Mark rides through Haraldskaer, where a green-lacquered river rolls lazily through arable land under a stone-grey sky. Above is a view of the Haraldsaer Sinatur Hotel

Ryanair (ryanair.com) London to Billund from £40 return. Buses every 30 minutes to Vejle. Vejle CenterHotel from £98 a night; Munkebjerg Hotel from £138 B&B.

The following day, Lars and I strike out along the Tour de France route, up to the rune stones at Jelling, where Harald Bluetooth bequeathed Christianity to a pagan nation (and later his name to a wireless technology). The terrain is rich and rolling, like Suffolk, heaving with wildlife.

In Haraldskaer, a green-lacquered river rolls lazily through arable land under a stone-grey sky. We circle back on Vejle to head south, via a steep hill.

Lars flags me down. ‘Let’s get a picture of you at the bottom and another at the top. If you make it. The Côte de Koldingvej is one of the hardest climbs in Denmark.’

It is a mercifully short, if brutal, ascent. Or it would be without electrical assistance. The climb snakes up through a forest of pines from the side of the Vejle Fjord. At the top is an immaculate golf course.

We head south towards Sønderborg, where this section of the race finishes.

I check into the hotel Munkebjerg feeling fully justified in treating myself to the spa and then dinner in the excellent Treetop restaurant, with a 16-course menu from chef Nicolaj Møller.

Enough even for Lycra-clad calorie munchers of the Tour de France.