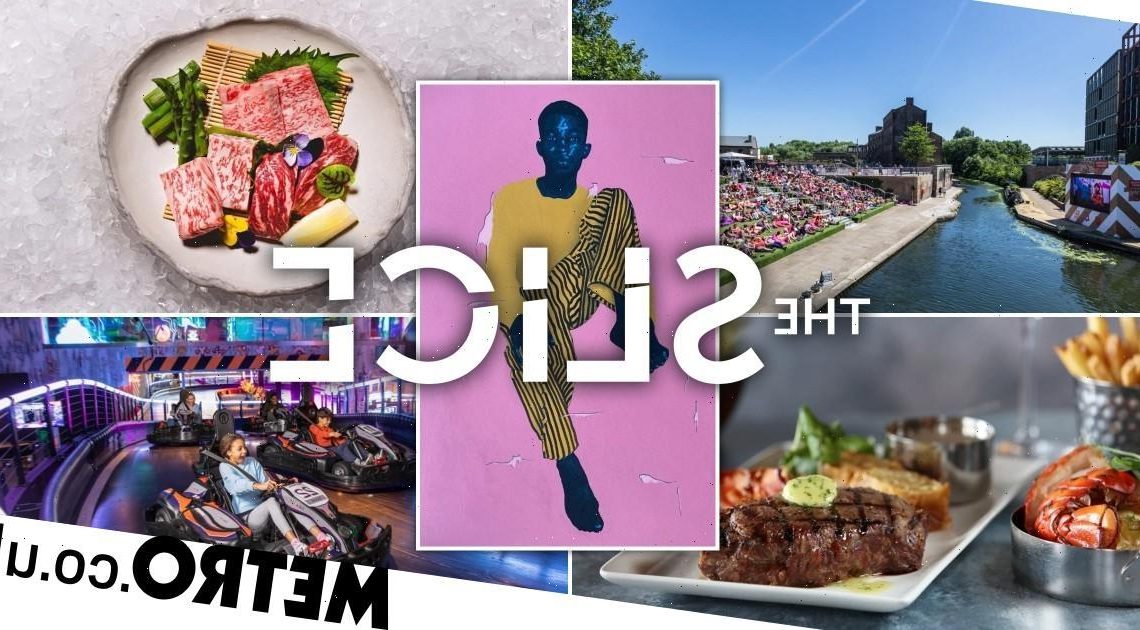 The best London events to treat dad to this Father's Day 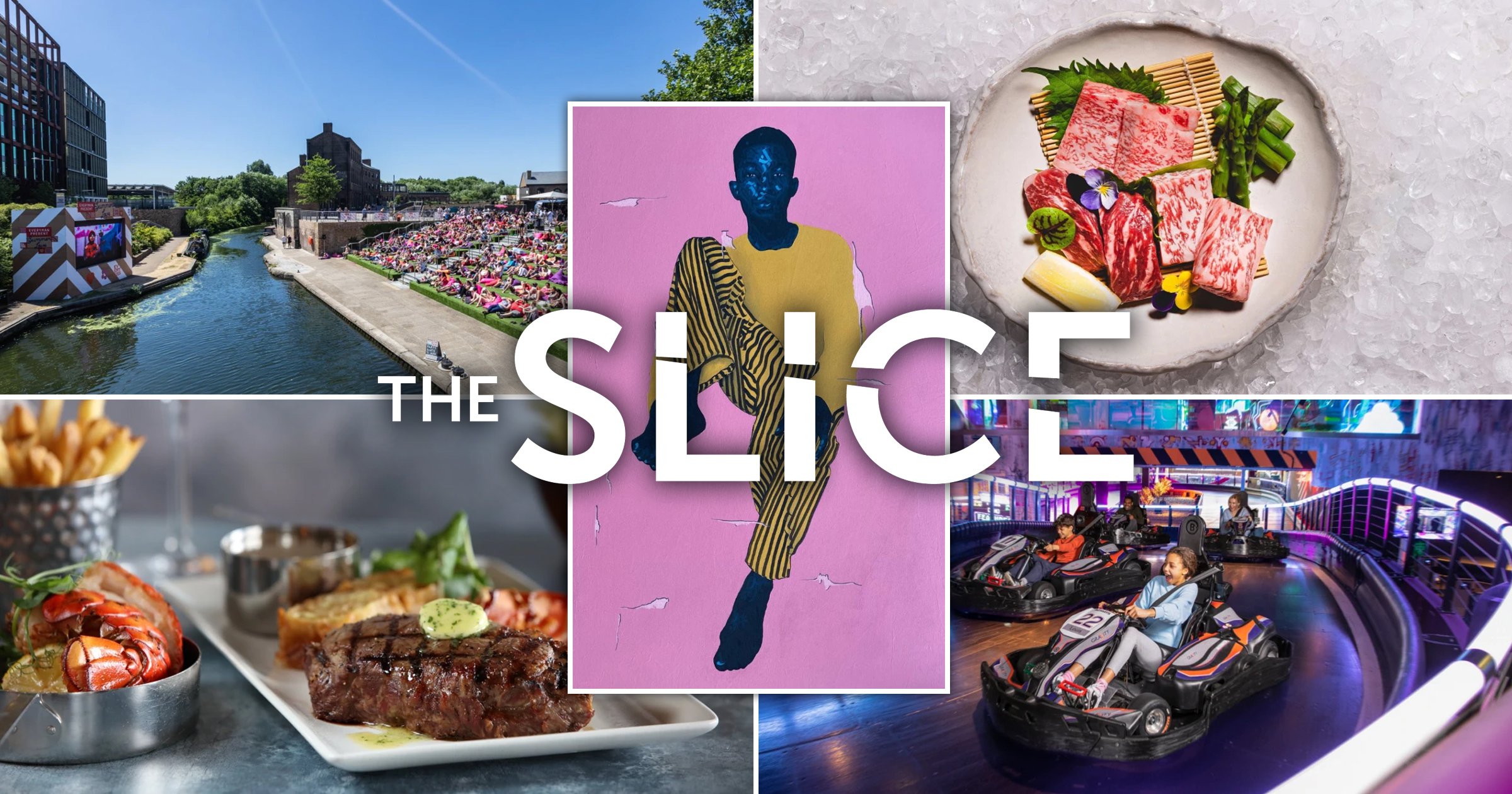 He’s put you through college, bought you the odd present (car, iPhone, Mars bar) or just been a reassuring presence scratching himself in front of the TV.

Whatever your dad represents to you, it’s Father’s Day and he deserves (or maybe he doesn’t, we’re not getting into it) something special.

Which is why we’ve gathered options from a steak dinner, through a luxury grooming session to a day of go-karting followed by cooking meat on hot stones just to keep him on side.

There’s nothing dads like better than a big juicy steak (apart from maybe a beer and football and… but why are we stereotyping dads? They like all sorts of things).

And if you have completely forgotten to sort something out and want to see if he can still chew his way through some prime beef, Miller & Carter – the Masters of Steak – have come up with an e-gift card so you can indulge him via email or message (he won’t know how to use Whatsapp… there we go, stereotyping again!).

Have explosive fun by the Tower of London with Gunpowder Immersive

The Times gave it five stars and called it stunning so we’re pretty sure we’re in for a good time at The Gunpowder Plot, a fully immersive experience based on the Gunpowder Plot.

With Tom Felton as chief troublemaker Guy Fawkes, we’re going to be transported back to 1605 when London was a city divided (so different from now!) and the place was awash with spies up to no good.

What we’ll be doing is going undercover to try to foil the plot to blow up the Houses of Parliament – but who can you trust? All this in the Tower Vaults of the Tower of London so there’s no not getting into the spirit of it all.

From Tower of London, EC3

So he reckons himself a bit of a foodie, does he, your dad? Well, how about you treat him to the UK’s first Portuguese food and wine festival, FESTA courtesy of Bar Douro?

With more than 50 of Portugal’s finest wine makers – and they do make a good wine, those Portuguese, especially when it comes to a nice vinho verde, which you can only get from Portugal – and food not only from Bar Douro but from The Sea The Sea and lockdown favourite Roulote, it’s a great opportunity to hang out with the old man, take in some live music and get lightly buzzed tasting 250 wines.

Oh and you get a Reidel glass to take home with you.

The race is on

You know what a big kid your old man is. Well, how about you let him run with it at Gravity Southside, ‘the multi-storey department store of fun’? Couldn’t hurt, right?

With the Gravity Grand Prix taking place between this Saturday and Sunday, July 3, he can put his racing skills to the test on the electric go-karting track and maybe even win a golden ticket experience across eight other attractions.

There’s also augmented reality bowling, digital darts and urban street golf. And then let him show off about how brilliantly he did at the Gravity Social over lunch.

Sort that little lot out and your inheritance is secure.

If your dad can drag himself away from the TV for five minutes, there’s a TV festival you can take in at the gorgeous surroundings of Kings Cross’s Granary Square.

It’s not just TV, there are also movies like Encanto, in a sing-a-long capacity, Grease, The Greatest Showman as well as live music, screenings live from Centre Court at Wimbledon and loads of food and drink opportunities – burgers, cocktails, vegan options – as you take in the summer on the canal-side steps.

It all comes courtesy of Everyman cinemas and Jaguar, the car people, and it’s on a first-come-first-served basis so don’t hang about.

It’s the world’s first super-boutique hotel and they are pulling out all the Father’s Day stops with luxury pampering and expert grooming at the lavish underground wellness floor known as The Retreat at The Londoner Hotel.

Step in off Leicester Square, maybe have a cocktail in the lobby bar, then head him off downstairs for The Signature Experience by Joe Vipond Gentlemen’s Grooming (from Friday to Sunday), where he gets a relaxing facial, a hair cut, beard trim, even a nose and ear wax (thank god! Right?).

All this with a Peroni on the go (or a coffee). Or sign him up for the Retreat Father’s Day Package (until tomorrow), where he gets a massage, a facial and use of the facilities.

You know how dads famously like to barbecue, get in there and burn meat for all the family?

Well, a safer and more delicious way to pander to this primal urge is at Hot Stone, where he will get his hands on premium cuts of Wagyu and Kobe and be able to sizzle them on the 400-degree Celsius volcanic rock hot stones to his heart’s content.

It’s part of their special Father’s Day One of a Kind feasting platter, designed for two to share.

With jalapeño salsa on the side and some fresh wasabi – because you can have it hot in so many different ways – you can also opt for the black tiger king prawns and scallops.

We will totally do art if it’s made easy for us and at Mayfair Art Weekend it’s laid out on a plate.

There are talks and events and it’s all completely free! And it starts off with the famous Gallery HOP on Friday, June 24, where you can basically, well, hop around participating galleries.

And it coincides with the Mayfair Sculpture Trail, which is pretty much a trail around sculptures in Mayfair.

Catch of the day

We do love a stroll down by the National Theatre even if we’re not, you know, going in.

And that stroll has now been weaponised by the opening of BOB’s Lobster at Terrace, a food truck where you can not only pick up the very finest in lobster rolls but a cocktail to go with them as you watch the Waterloo sunset across the River Thames.

Ahi tuna tacos, crayfish croquettes with mayo, Dorset crab tostadas, Dunkeld smoked salmon blinis, it’s all up for grabs ready to be washed down with cocktails courtesy of the East London Liquor Company.

Basically it’s the best of British seafood laced with American flavours. And booze.

I'm living in limbo land – it's stressful not know how long I've got but I'm enjoying it, says Deborah James | The Sun
Entertainment