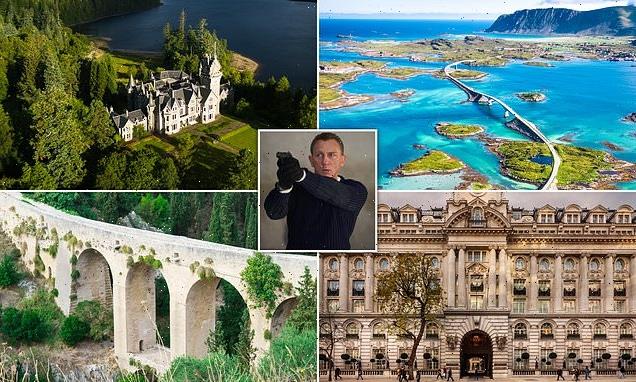 The 007 holiday (for the Bond-villain rich): £68k trip is jaw-dropping

The ultimate 007 holiday (for the Bond-villain rich): On £68k 21-day trip guests will attend the No Time To Die premiere, visit exotic filming locations and go on ‘secret missions’ 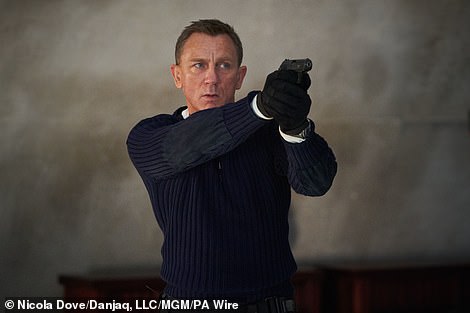 James Bond fans with £68,500 ($80,000) to spare can sign up for the ultimate 007 experience, taking private jets and helicopters to four countries and seven cities over 21 days to carry out ‘secret missions’ in filming locations from No Time To Die.

Participants will recreate chase scenes, drive Aston Martins and Ferraris, whizz across Lake Como on a speedboat and dress up in black tie for the London premiere of the new Bond blockbuster.

Inspired by his route around Europe, the adventure begins on September 27, when guests will check into the uber-swanky Rosewood London hotel before taking a gamble on a Casino Royale-themed evening.

The event statement reads: ‘With style and sophistication, our prestigious James Bond exclusive party will have the ultimate license to thrill your guests. Start the evening with a red-carpet welcome and maybe a martini cocktail before dining and dancing the night away.’

During the England leg of the tour, guests can do a Spectre-inspired speedboat trip down the Thames, get wined and dined in the Tower of London and load up their guns for a day spent clay shooting. 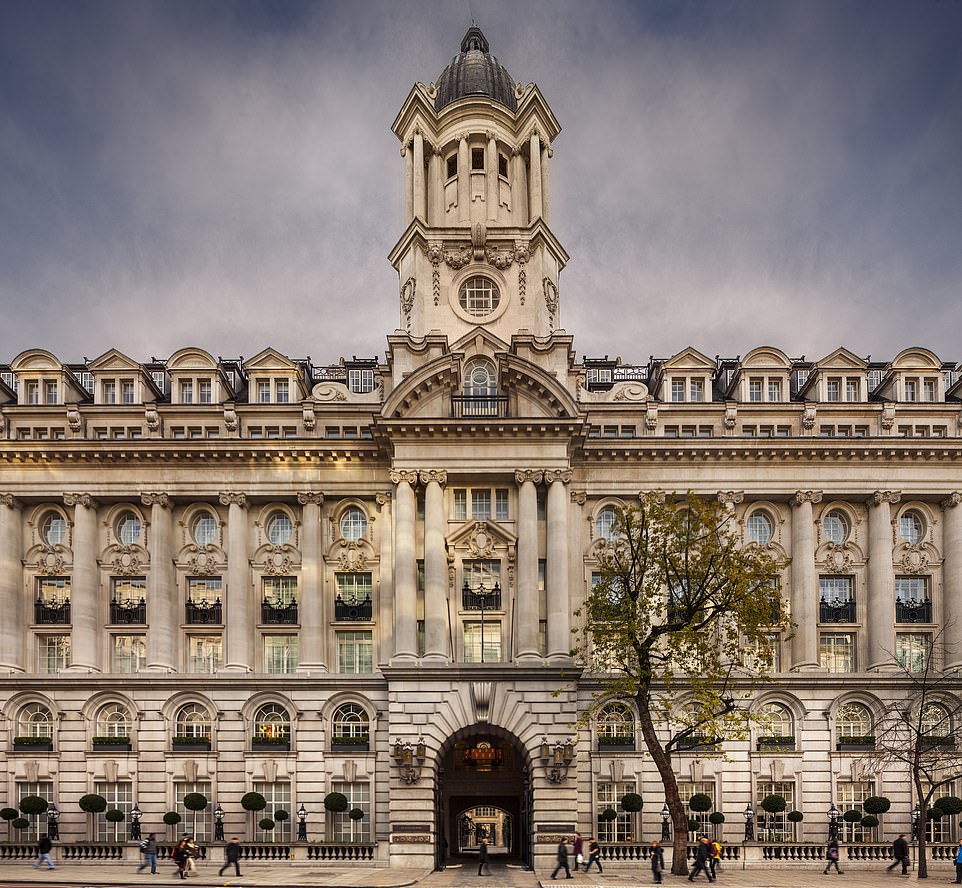 The 00-experience begins on September 27 when guests check into the uber-swanky Rosewood London hotel, pictured 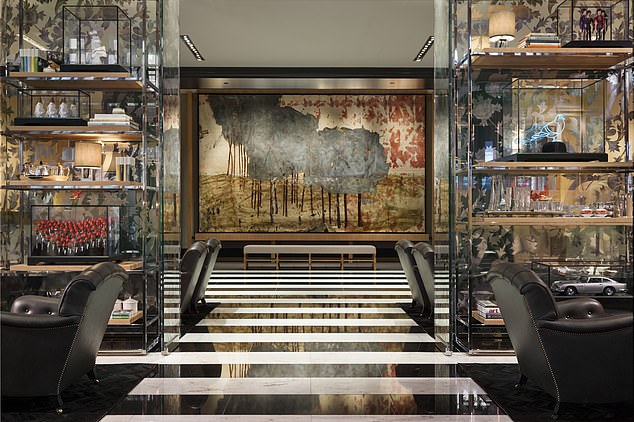 The Rosewood London, pictured, will be the base during the England leg of the journey before guests travel to Scotland 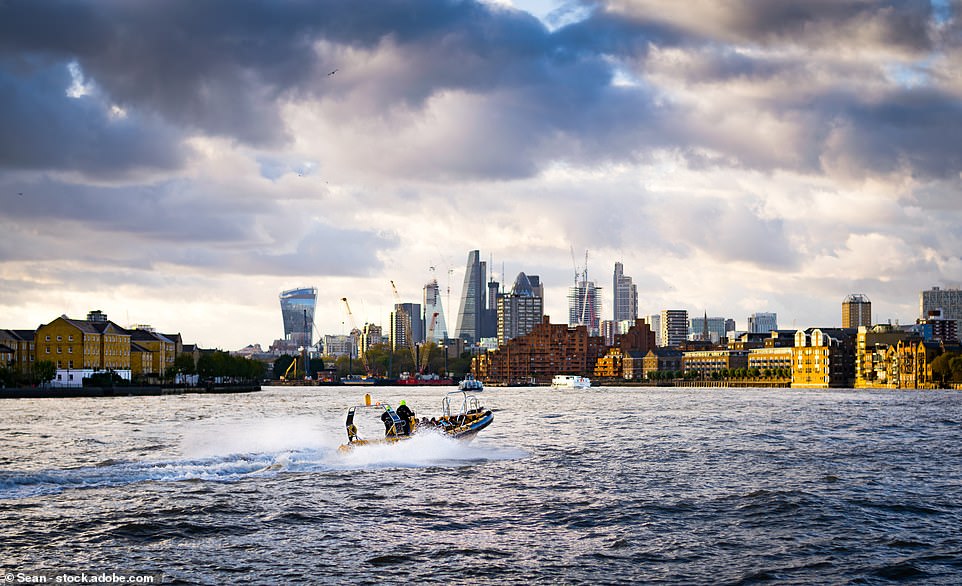 While in London, Bond fans can avail of a Spectre-inspired speedboat trip down the River Thames (stock image) 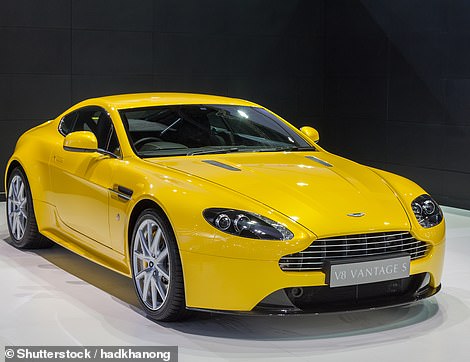 Guests will get to drive an Aston Martin in Scotland

When it comes to attending the No Time To Die premiere, on day four, stylist Maureen Vivian – who previously dressed Bond star Pierce Brosnan – will be on hand to offer sartorial advice before attendees grace the VIP red carpet event.

A private jet will whisk guests to Edinburgh, Scotland, on day six.

There, they’ll get to drive an Aston Martin V8 Vantage – an older model of the same car appeared in the 1987 Bond film The Living Daylights, starring Timothy Dalton.

During their stint in Edinburgh, guests can wander around the city and take a look at Fettes College. Delving into the secret agent’s backstory, author Ian Fleming revealed Bond attended the prestigious boarding school in his 1964 book You Only Live Twice.

Next on the itinerary is The Gleneagles Hotel, which has three championship golf courses. Golfers can head to the nearby St Andrews for a game, or simply stroll from their hotel room to play 18 holes on one of the Gleneagles courses.

The following morning, Land Rovers and Range Rovers will pick guests up from the hotel. Following the same route taken by Bond in the film Skyfall, the cars will take them on a drive to witness the ‘raw splendour’ of Glen Coe valley. 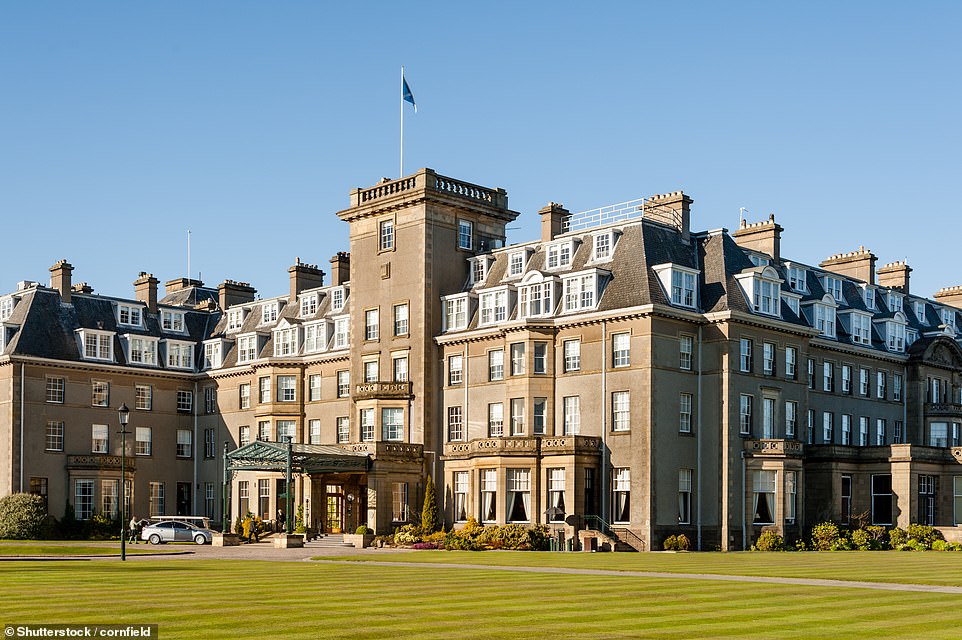 Golfers on the tour will enjoy their stay at The Gleneagles Hotel, pictured, which has three championship golf courses 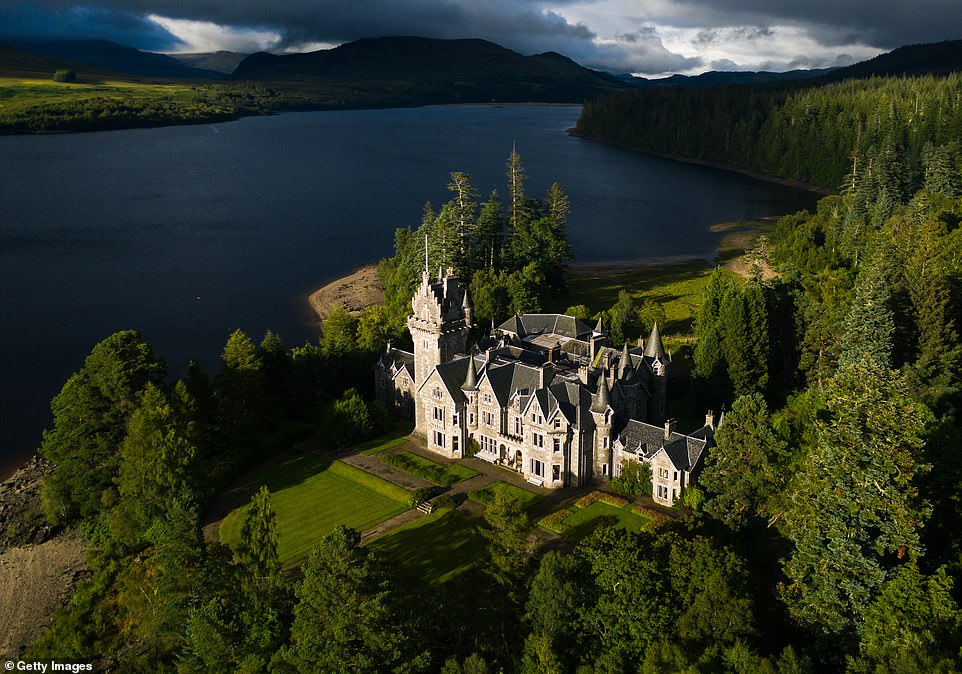 Lunch will be hosted on Ardverikie Estate on the banks of Loch Laggan, where scenes from No Time to Die were filmed 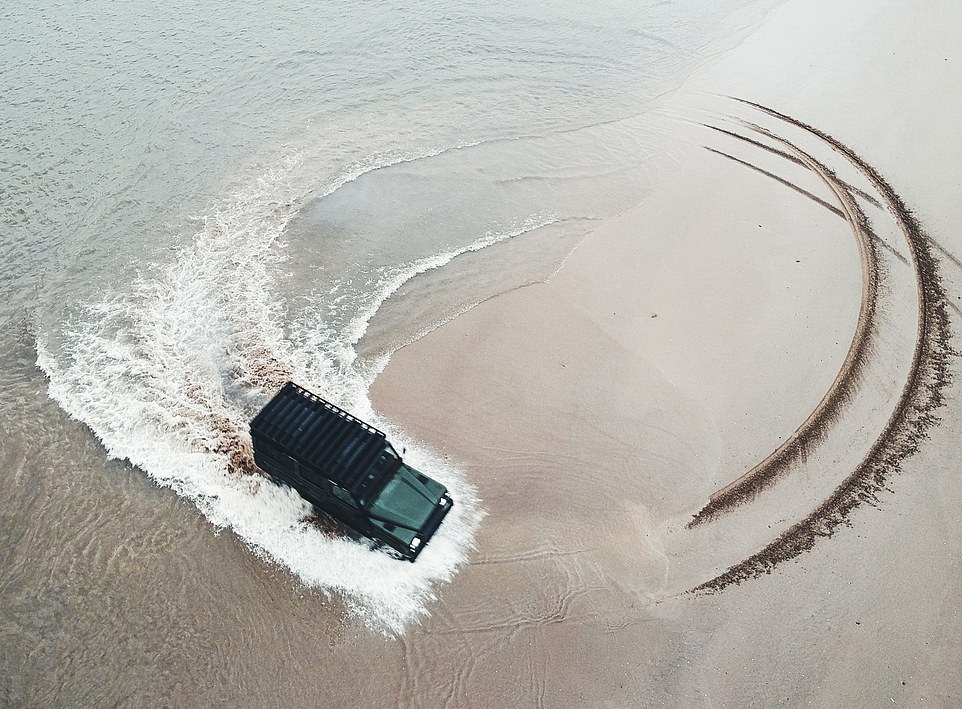 They’ll grind to a halt at the Victorian Ardverikie Estate on the edge of Loch Laggan, where scenes from No Time to Die were shot in the summer of 2019.

After a spot of lunch on the 38,000-acre estate, guests will steel themselves for a driving challenge on the banks of Loch Laggan.

That afternoon, helicopters await to take guests on a tour of the Scottish Highlands, gliding over the village of Glencoe and its surrounding glens. 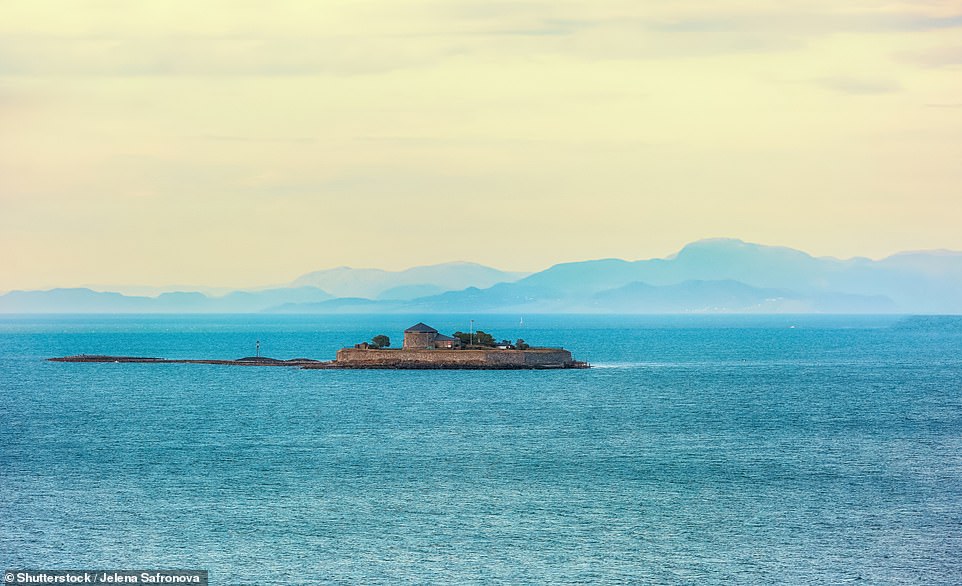 Once they’ve arrived in Norway, guests will have the chance to go sailboat racing around the islet of Munkholmen, pictured 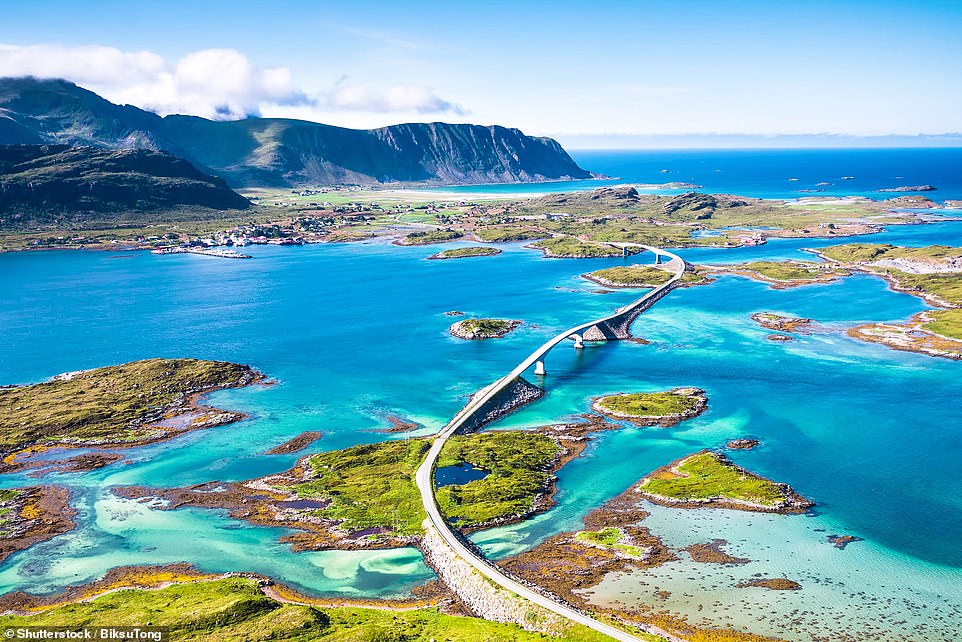 The spectacular Atlantic Road in Kristiansund, pictured, was used as the filming location for a high-stakes chase scene in No Time To Die. Guests will recreate it

On day 11 of the tour, another private jet will transport guests to Trondheim, Norway.

They’ll go sailboat racing around the islet of Munkholme and then visit the spectacular Atlantic Road in Kristiansund. This was used as the filming location for a high-stakes chase scene in No Time To Die – and the guests will get to recreate it on the same stretch of tarmac, with a helicopter filming the action overhead.

Another exhilarating experience awaits in Storfjord. After a ‘simulated fire fight’ paintballing excursion, attendees will be extracted by helicopter and delivered to ‘a secluded vaulted hideaway’.

Jetting to Italy for the last stretch of the odyssey, guests will partake in a secret ‘Ghost Town’ mission in the abandoned commune of Craco, which was deserted after an earthquake in 1980. 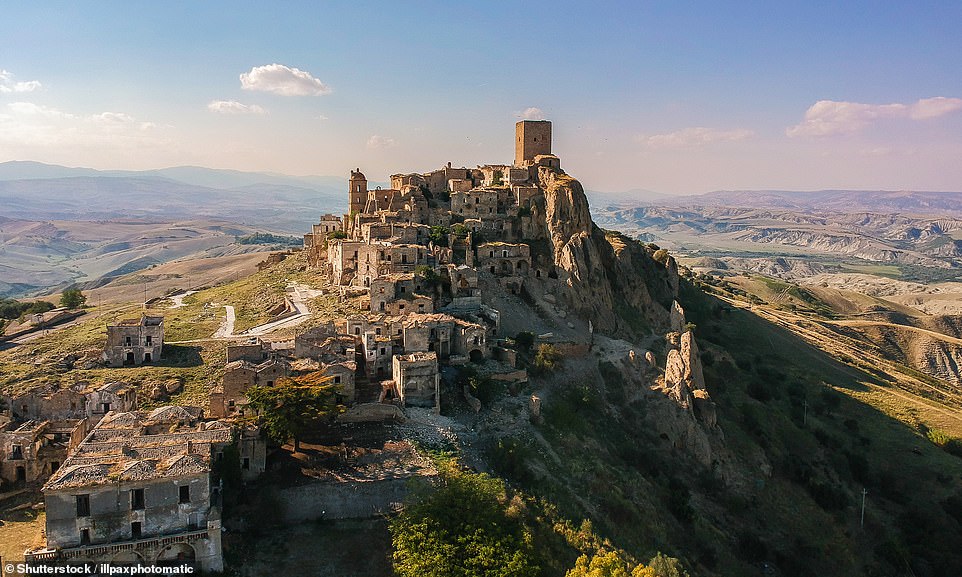 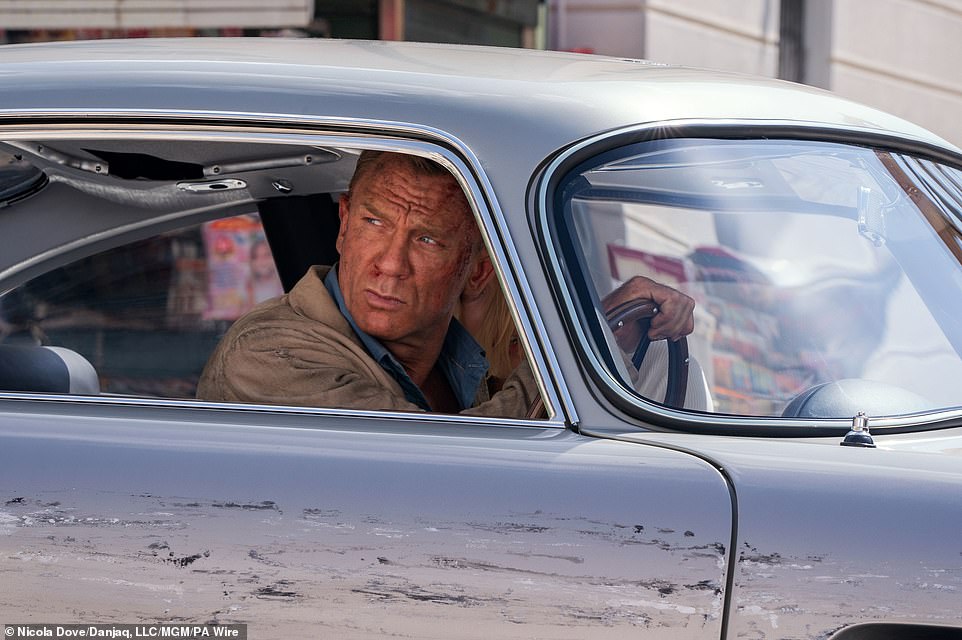 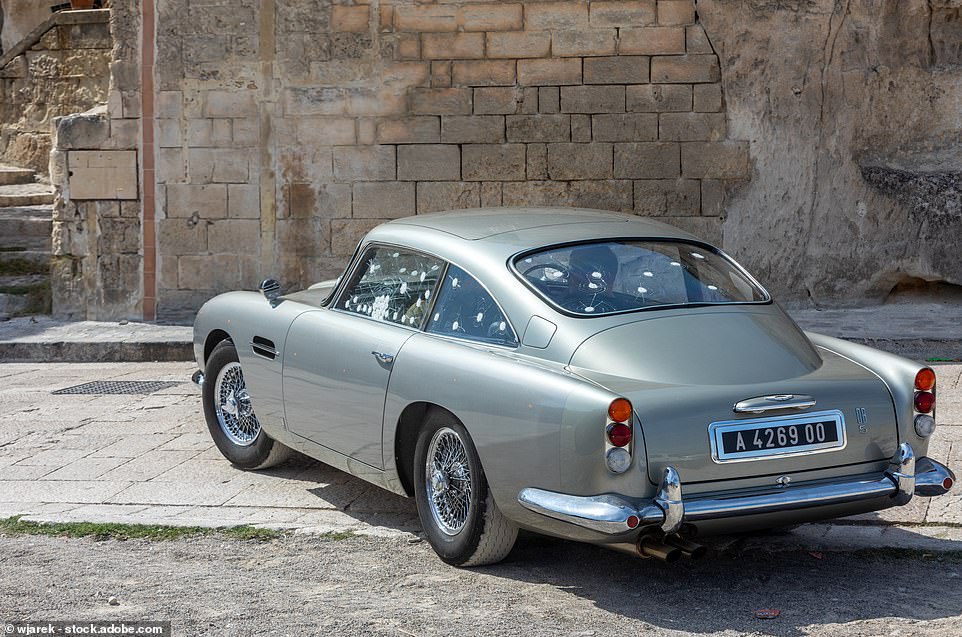 Pictured is the Aston Martin DB5 on the set of No Time To Die in Matera, Italy 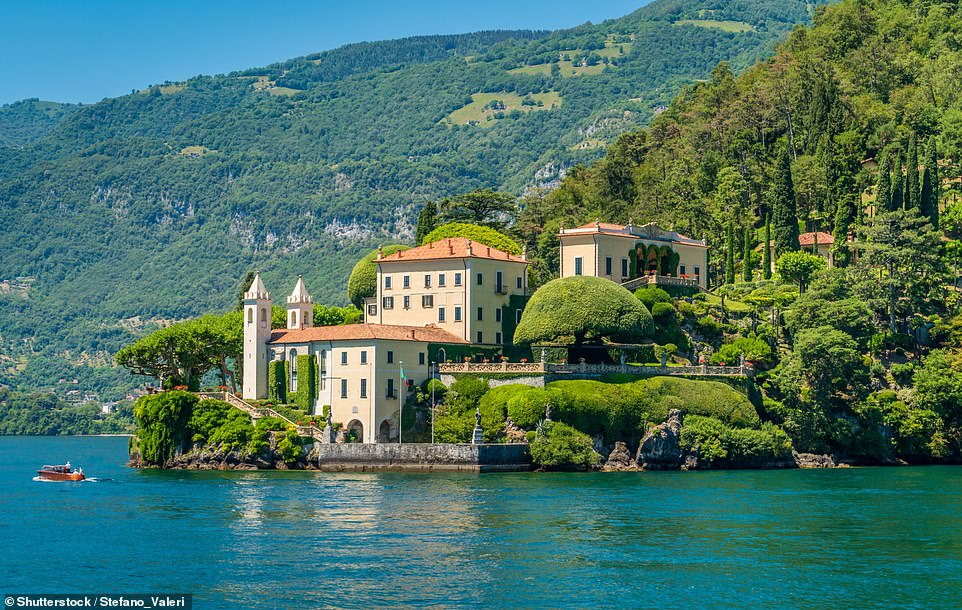 After a speedboat tour on Lake Como, guests will finish the trip with dinner in the picturesque Villa del Balbianello, pictured 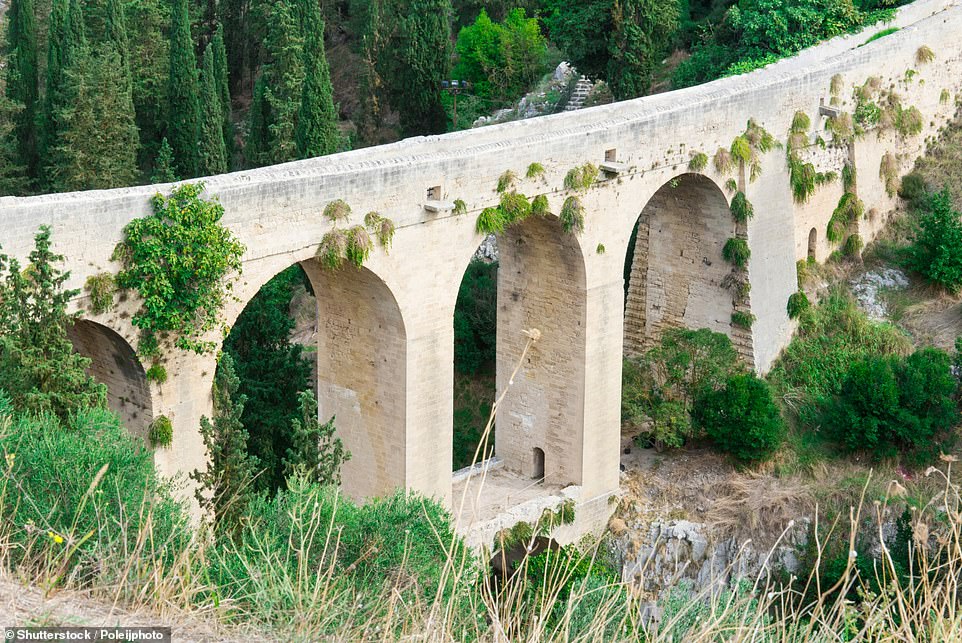 The Madonna della Stella aqueduct, pictured, is one of the locations in the new Bond film. Guests will enjoy a candlelit dinner along the bridge 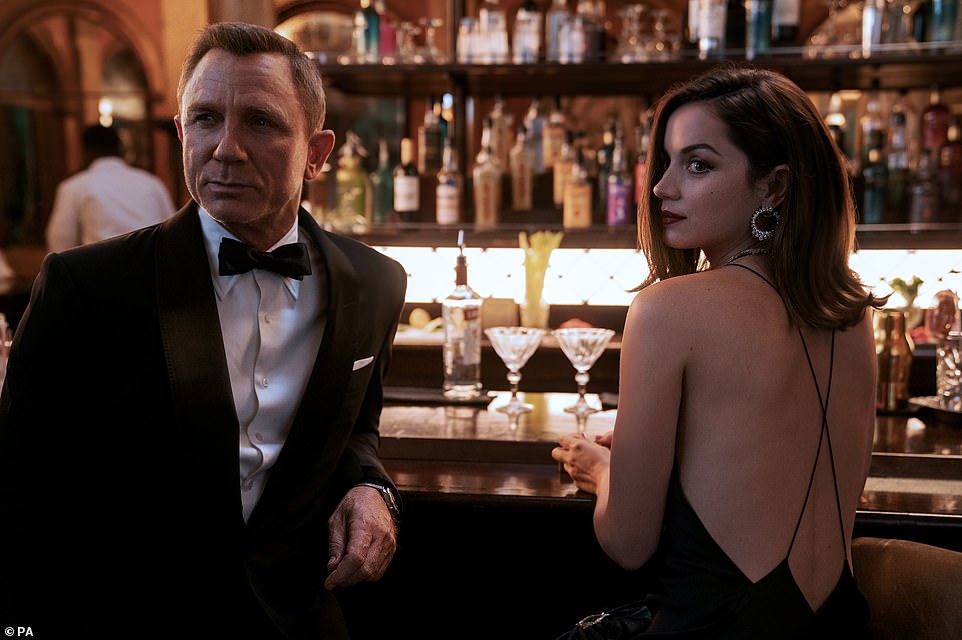 Guests can sip on cocktails in beautiful locations throughout the 21-day trip. Pictured above is Daniel Craig playing James Bond and Ana de Armas Paloma in the new film

EVERYTHING YOU NEED TO KNOW…

The tour, run by Tamandare and Uber Alles Travel, requires pre-registration on this form: 00-experience.com.

The price includes all taxes and VAT, but does not include transportation to London or your return home from the final city of your trip.

Before arrival, the tour organisers will coordinate with you for your private car transfer to the hotel.

The evening will be spent in Puglia, with a choice of two five-star hotels – Borgo Egnazia, built in the style of a traditional Apulian village, or the 16th-century Masseria Torre Maizza.

Next stop? Basilicata. Here guests can choose between two ‘Adrenalin Rush’ experiences – taking an ‘angel flight’ over the Lucanian Dolomites on a zip wire or crossing a 1,000-foot-long (304m) suspension bridge that dangles between two peaks in the Apennines of Basilicata.

Milan is the next port of call. If the Adrenalin Rush wasn’t enough to get guests’ blood pumping, they’ll have the chance to rev up for a Ferrari experience on a racetrack, reaching speeds of over 167mph (270 km/h).

The final destination is Lake Como. Here a helicopter will whisk guests from Milan to the lake’s milky blue waters for a speedboat tour, finishing the trip with dinner in the picturesque Villa del Balbianello.

NO NEED FOR PACKED LUNCHES…

The entire experience is studded with lunches in exotic locations and Michelin-star meals.

One highlight is a candlelit dinner on the staggering heights of the Madonna della Stella aqueduct in Puglia, which is one of the locations in the new Bond film. In the trailer, Daniel Craig can be seen leaping from the former aqueduct into the depths of the ravine below.

Another mouthwatering experience for gourmands will be a meal at Michelin-starred restaurant Speilsalen at Trondheim’s Britannia Hotel.

And there’s the chance to sip on drinks in beautiful locations, such as cocktails in Palazzo Viceconte in Italy’s Matera region, where several scenes from No Time To Die were filmed.

And anyone who joins need not worry about fiddling with their smartphone camera – a photographer and videographer will be on hand throughout the trip to document the action and create cinematic footage for each of the guests.