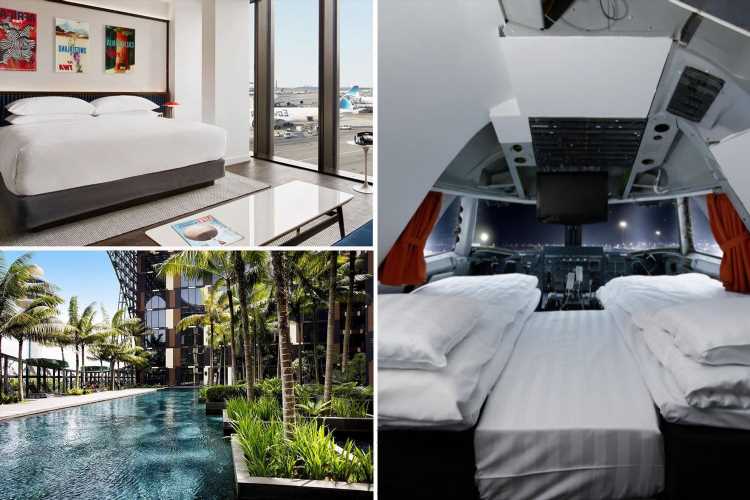 See inside the world's coolest airport hotels – with a cockpit bed, rooftop pool and runway views

AIRPORT hotels are no longer a place to get your head down before an early flight, some unique resorts now feature indoor rainforests, rooftop pools and 60ft palm trees.

We've rounded up five of the coolest airport hotels in the world to give you some inspiration on where you could stay before you board your next flight.

The retro TWA Hotel is found in the former TWA terminal at John F. Kennedy Airport in New York.

Reminiscent of the golden age of travel, guests can enjoy the vintage designs, alongside some more modern touches.

Overlooking the tarmac is a rooftop pool for guests to relax in while they watch planes come in to land.

The glamorous rooms can be booked for the night, or for between four and 12 hours for daytrippers looking to freshen up between flights. 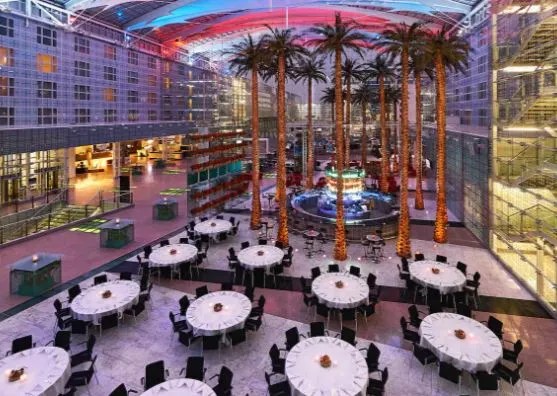 Set between Terminal 1 and Terminal 2, the Hilton Hotel in Munich Airport is difficult to miss.

The 551-room hotel features an enormous glass atrium, tall enough for the and the lobby to be decorated with some 60ft tall palm trees.

The hotel offers fine dining at a gourmet restaurant, and relaxing treatments at its spa.

Day-users can pop in and access the 24-hour fitness centre, including a 55ft indoor swimming pool. 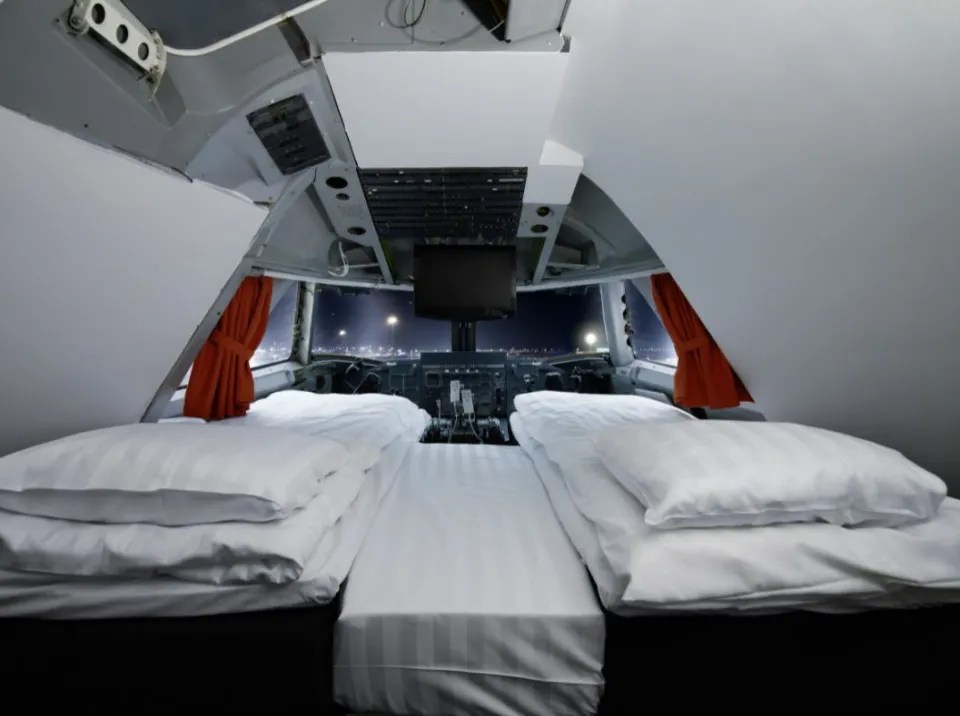 If you've got an early flight but you simply can't wait to get on the plane, then the Arlanda Jumbostay in Stockholm is the one for you.

The 33-room hotel has been built within a Boeing 747, so you can spend a night onboard before boarding your flight.

Guests can sleep in the upstairs cockpit and store their belongings in the converted overhead bin.

Hostel rooms feature up to four beds, or if you fancy it, you can even sleep in the engine room.

Set right at the airport, guests are allowed to enjoy drinks on the wings of the plane as flights take off all around.

There is also a café where staff dressed in vintage air-steward uniforms serve coffee, cocktails and snacks. 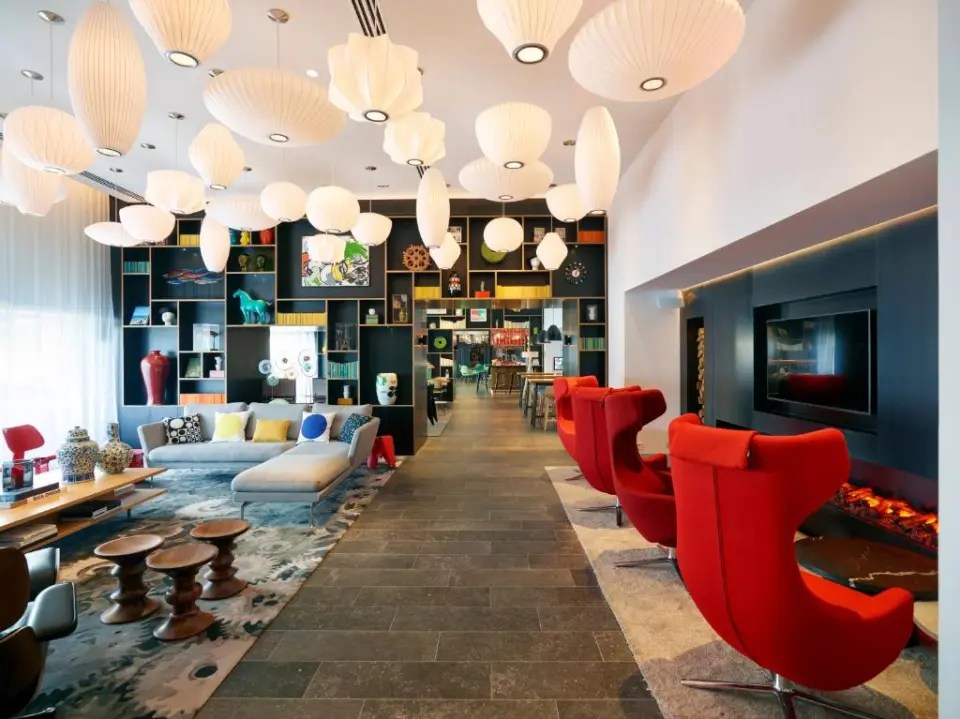 Set just a two-minute walk from Terminal 3, citizenM Paris Charles de Gaulle is as convenient as it gets for people needing to relax and recharge between flight.

The modern hotel is designed with comfort in mind, with extra large beds, blackout curtains and mood lighting.

The 230-room hotel caters for business travellers and has a large hotel lobby filled with colourful books and comfy chairs. 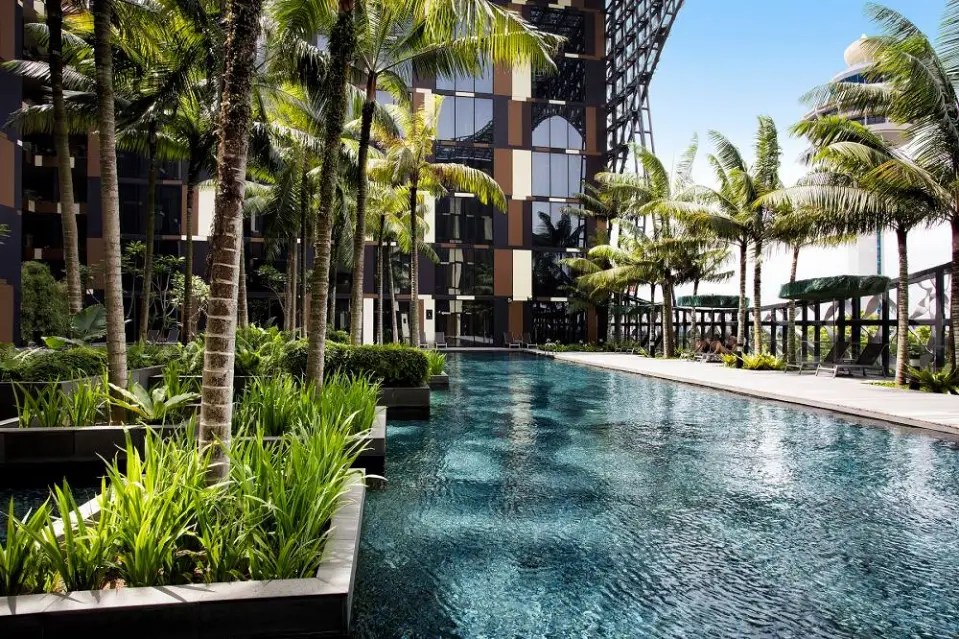 A rainforest doesn't spring into most people's minds when they think about an airport terminal.

But set inside Terminal 2 at Changi Airport in Singapore, Crowne Plaza hotel guests can marvel at the blooming rooftop garden while taking a dip in the hotel's outdoor pool.

The 563-room hotel, which calls itself an 'urban resort' has two restaurants, a fitness centre, a mirror maze and netted suspension bridge.

A version of this article was originally published at the New York Post and has been reproduced with permission.