Home » Travel » Secrets from Nemacolin: Inside the Resort Where Matt James Looked for Love on The Bachelor 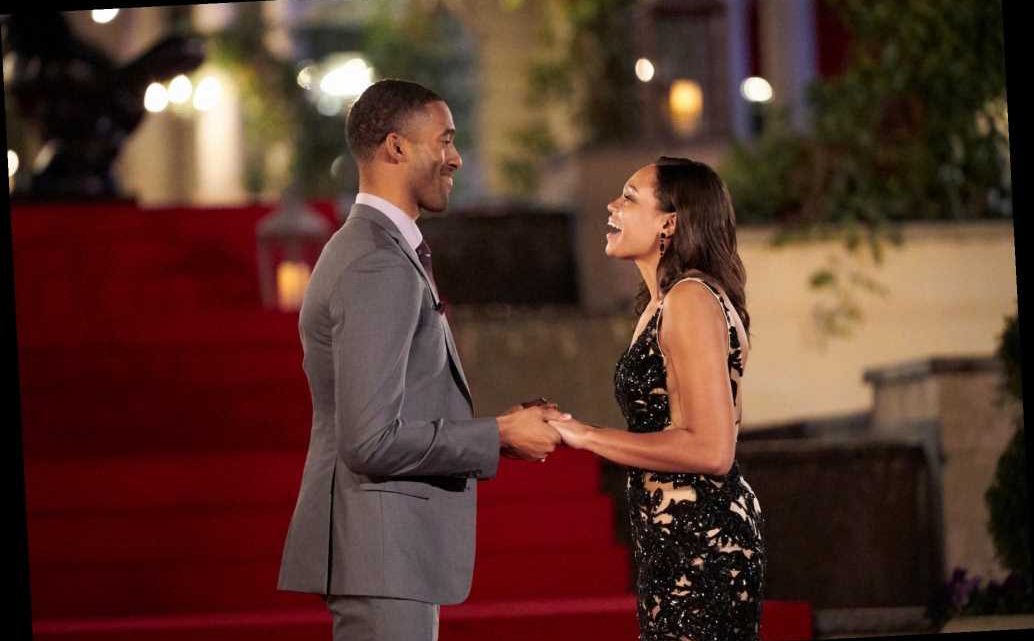 Secrets from Nemacolin: Inside the Resort Where Matt James Looked for Love on The Bachelor

Matt James might not have found everlasting love while shooting The Bachelor at Nemacolin in Farmington, Pennsylvania, but it's easy to see how the stunning setting could spark some romance. (After all, JoJo Fletcher found her fiancé after they filmed a date at the resort during her season.)

I was able to visit the 320-room resort, which opened in 1987, for a viewing of The Bachelor finale and check out some of the many amenities — and infamous sites — that featured in James's season.

The moment I pulled up to The Chateau — where the women arrived in limousines on night one, and which James rappelled down with Michelle Young in Monday's finale — the hotel staff greeted me with a glass of champagne under the lobby's massive crystal chandeliers, and a bellhop whisked away my luggage. (During COVID-19, arrival also involves a temperature check by the gate attendant.)

My room looked like if eclectic chandelier lighting and whirlpool bathtubs existed in the Bridgerton era, but I didn't want to spend much time lounging when there with so much to do and see on the property that I'd been scoping out all season. The Bachelor producers didn't need to bring in any special activities for James, 29, and the ladies' dates because the hotel offers its own diverse range of activities including ax throwing, golfing, Jeep off-roading, ice skating, horseback riding, paintballing and snow tubing. And they'll arrange once-in-a-lifetime experiences like skydiving.

"On the show, they didn't even really use half the offerings that we have," Nemacolin owner Maggie Hardy Knox tells PEOPLE. "There could have been a whole year show and we would have something for them to do." Will you accept this rose? Sign up forPEOPLE's free weekly Bachelor Nation newsletter to get the latest news on The Bachelor, The Bachelorette and everything in between.

Bachelor fans can relive some of the show's most memorable moments on site.

On the animal safari, for example, guests can see the mini donkey that crashed James and Serena Pitt's one-on-one date. It lives at Nemacolin year-round as one of the property's 200 animals.

The Woodlands Spa and Salon offers facials, holistic therapies, and massages, which are incredibly relaxing — as long as you don't have your best friend spoiling your me-time, like James's roommate and former Bachelorette contestant Tyler Cameron did.

Young, 27, used the on-site lecture hall virtually introduced James to her students, and James and Sarah Pitt made use of the nearby landing strip for their biplane date.

The Bachelor received open access to all of the property's amenities. "I said, 'I don't want to ever stifle your creativity. You've been doing this, not me. So wherever you think the property would shine the best, go for it," Hardy Knox says of her notes to the show's producers. "I really left it up to them 100 percent."

On my visit, Nemacolin felt luxurious and high-end without being stuffy or inaccessible. I barely needed to go outside if I didn't want to: The Chateau and Lodge hotels are attached to shops, multiple dining options, the spa and a gym, not to mention the cozy nooks and studies scattered throughout the property, perfect for relaxing with a book or playing a game of chess. Dinners at Nemacolin's farm-to-table restaurant Rockwell's or Lautrec — where executive chef Kristin Butterworth offers a "leap of faith" menu that allows diners to pick the ingredients they want in their custom meal — make for a unique and intimate date night. The resort offers casual options, too, like The Tavern, where James and Cameron played pool during his visit. The ladies on James's season stayed at the resort's Falling Rock hotel, which was closed for renovations during my visit. The Bachelor himself settled into his own house on the premises, one of the handful of secluded estates large groups can book for even more privacy among the picturesque mountains.

Because of the distance between his house and Falling Rock (the resort sits on 2,000 acres in the Laurel Highlands), Hardy Knox says she gifted James a bike so he could travel to visit his ladies. Regular hotel guests can take a shuttle around the property.

"Before handlers were here, I showed him how to sneak from the house to Falling Rock," she reveals. "He had this little motorbike so he could stay low. He'd sneak back and forth. None of that's on the TV!"

Something else viewers didn't see on TV: any guests at the resort. Nemacolin closed to the public while shooting in the fall. Still, Hardy Knox kept her approximately 1,000 associates on even though many didn't need to work during production. She estimates 400 crew members stayed on site while filming, as well as "upwards of 40 women." The women not seen on the show stayed on-site, ready to step in if someone tested positive for COVID-19.

One who did make the cut, self-proclaimed "queen" Victoria Larson, might have given off a more low-key vibe when the cameras stopped rolling, Hardy Knox reveals. "I loved the queen. I asked Matt what he thought about the queen and he said, 'She was so easygoing,'" she says. "She was so down to earth. She was such a distraction and he was so nervous." Hardy Knox was also a fan of the show's leading man. She calls James "a beautiful man," adding, "I'm not even talking about his looks, I'm talking about his soul." She says the North Carolina native showed up early to Nemacolin before filming began and went down to the resort's sister company, lumberyard 84 Lumber, to meet with the team. "He took the time to meet with my top executives, without me asking, to know more about me," Hardy Knox says. "He's fantastic, so sweet, so genuine, so good-hearted."

Although James didn't walk away from Nemacolin engaged, he still made some special connections. "If it's not through The Bachelor, he'll find someone," Hardy Knox assures.

Though Hardy Knox calls The Bachelor season 25's time at Nemacolin "a screaming success" for business, she has hesitations about hosting the show again.

"We've been asked twice since we've ended," she says. "It's very difficult because I would have to completely cancel everyone's reservations that are already on the books. And the success right now is just on fire. We're trying to make memories here and touch people and make magic happen. But who knows? I will never say never. I love the franchise."

Catch People (the TV show!) Monday through Friday. Check your local listings for exact times or stream the show every day at 7 p.m. ET/ 4 p.m. PT at People.com and PeopleTV.com.

Who Has Machine Gun Kelly Dated? Read Up on the Rapper's Quiet Romantic History

What Do the Richest 1% Really Pay in Taxes?
Entertainment