WITH some of the nation’s favourite beaches overrun and everyone desperate to escape to the countryside it’s sometimes hard to forget how much there is to see and do outdoors in our amazing cities.

Museums, cathedrals, bars and restaurants begin a gradual re-opening from this weekend. 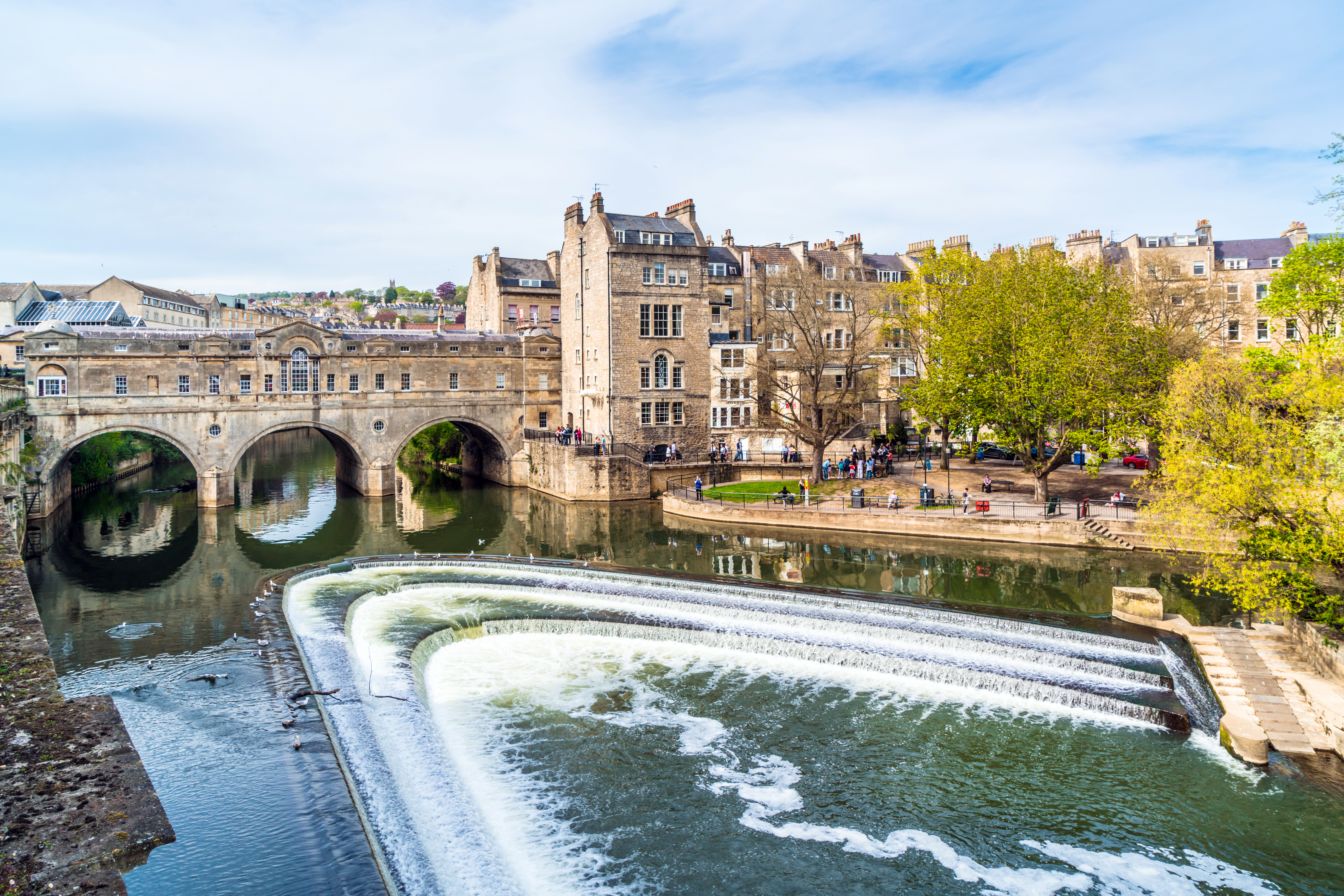 And you can also take in the greatest al-fresco sights in England’s most historic and beautiful cities this summer at a gentle, slow pace.

So put your best foot forward with Rob Crossan’s guide to the best walking routes around some of our finest urban hubs.

WITH its Roman spas and honey-coloured terraces, there are few places more regal in appearance than Bath, much of which is a UNESCO World Heritage site.

Start your walk at Pulteney Bridge, spanning the River Avon with shops lining both sides – it’s one of only four bridges in the world designed this way. 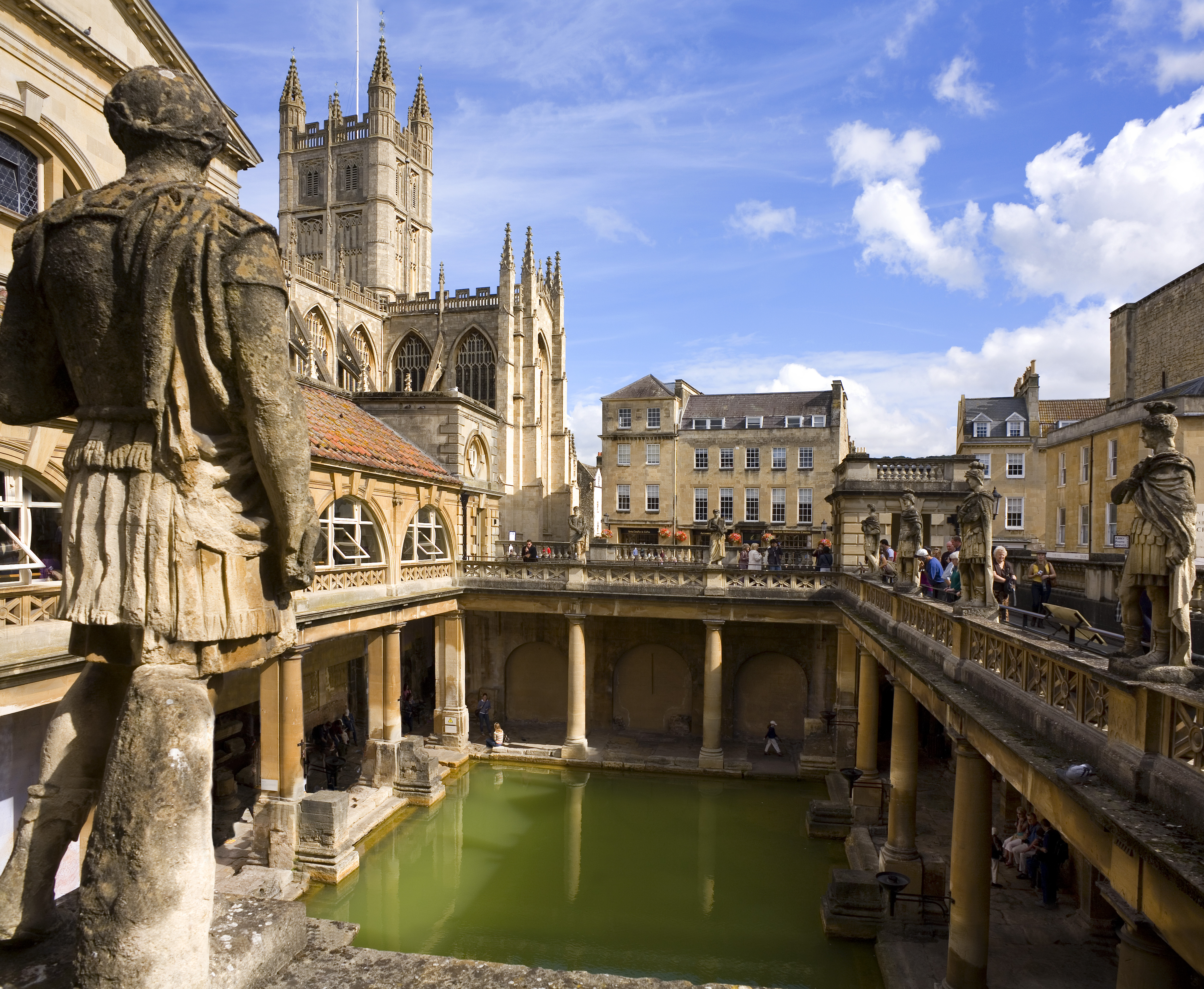 From here it’s a ten-minute stroll to the Roman Baths.

They’re closed at the moment but you can get a sense of the vast scale of what was once a pleasure palace for centurions and citizens alike.

Walk from here up the Gravel Walk, made famous by Jane Austen, who used this location in her novel Persuasion, before reaching the gorgeous Royal Crescent, a huge, sweeping Georgian terrace overlooking an immaculate expanse of grass – perfect for a picnic.

SOAKING up all those dreaming spires is easy enough with the centre of Oxford being so compact.

There’s more than a touch of magic to the place too, particularly if you start your walk outside the round edifice of Bodleian Library, also known as Hogwarts Infirmary and where Professor McGonagall teaches a young Harry Potter and his classmates to dance. 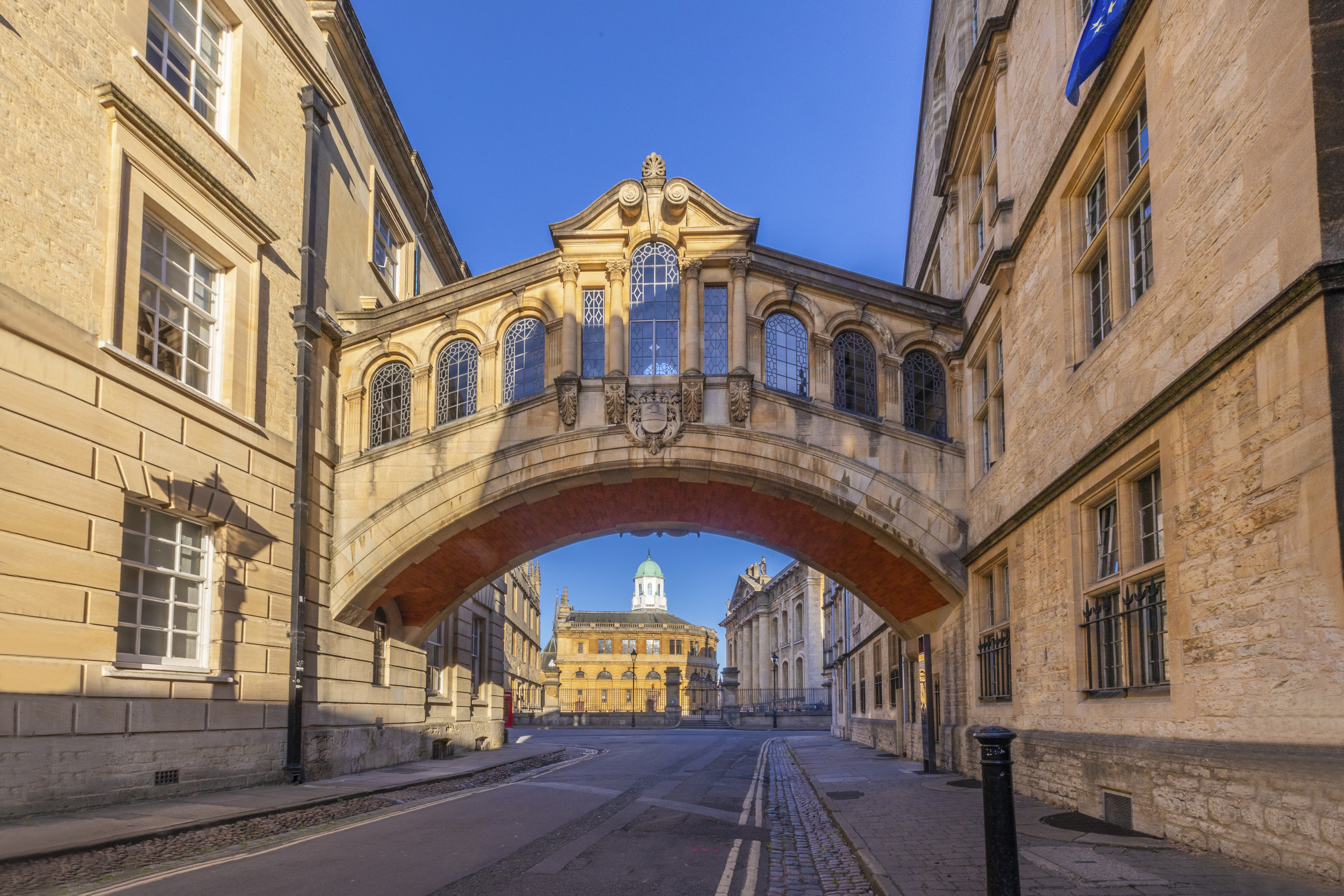 From here you’re almost on top of the Bridge of Sighs, which doesn’t look like its famous namesake in Venice but has a beautiful glass-fronted nobility to it – stand beneath it for some shade and ice cream.

From here, walk ten minutes to get to the outside of Christchurch College.

Not only is this one of the most beautiful of the Oxford seats of learning, it’s also where a certain Lewis Carroll, who was working as a maths teacher here, wrote Alice In Wonderland.

BEGIN your Canterbury trail at the ruins of the castle, a brooding presence dating back to the 13th century and one of the three royal castles of Kent (the other two are in Dover and Rochester).

From here, it’s an eight-minute walk to the Old Buttermarket. 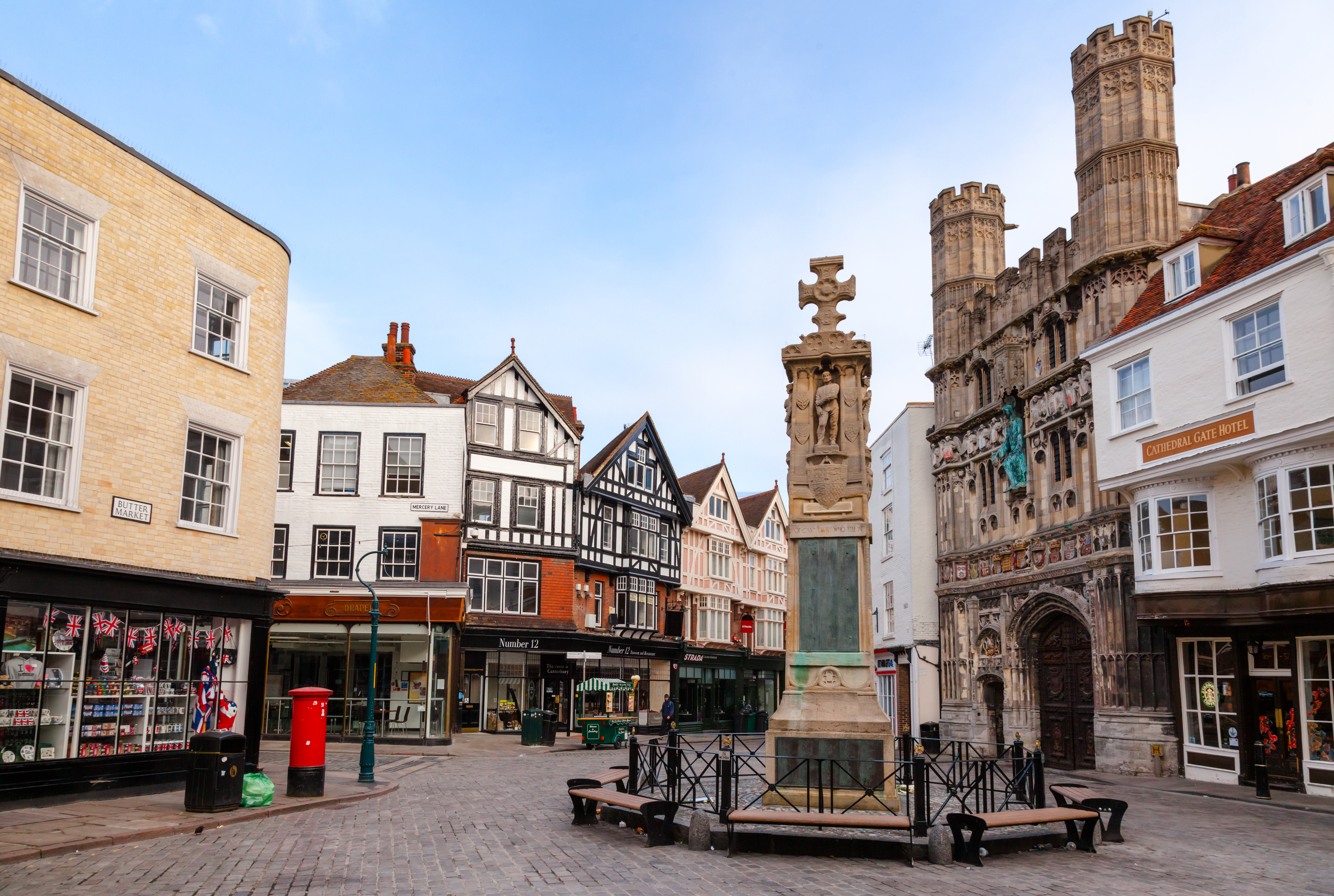 The streets leading off (Mercury Lane, Sun Street and Burgate) are a treasure trove of medieval buildings that seem to almost stand guard before the mighty cathedral.

You can now explore the incredible interior and the immense exterior is worth a long circular stroll.

Look out for the stained glass windows – they’re some of the oldest surviving in the country, and the 12th-century water tower, built for monks who would wash themselves here before every single meal.

START your walk around the heart of Geordie Land at the looming Grey’s Monument, built in tribute to the 2nd Earl Grey – the 19th-century politician after whom the famous tea is named.

From here it’s just a couple of minutes’ walk to Grey Street, a dramatic curve of Victorian splendour voted by Radio Four listeners as the finest street in Britain in 2010. 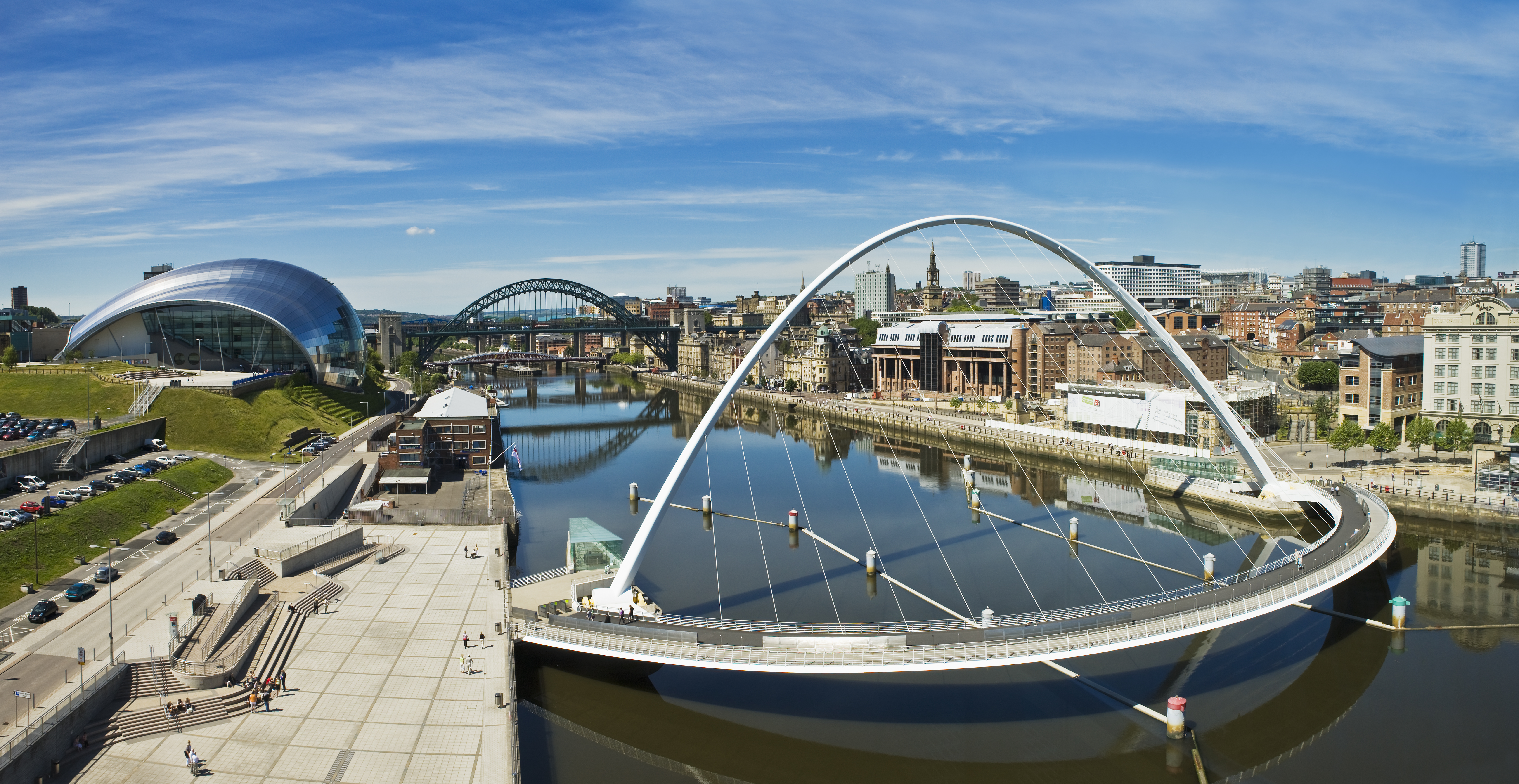 Now walk for another ten minutes to get to the High Level Bridge.

Walk along the top for spectacular views of the River Tyne and pose for a selfie in the spot where Michael Caine begins a dramatic chase sequence in the cult gangster flick Get Carter.

From the other side it’s a ten-minute walk along the banks of the Tyne to the Sage arts centre, from where you can walk back across the river via the Millennium Bridge.

The bridge looks like the strings of a harp and is lit up in rainbow colours at night.

The bars are starting to open up and while live music venues remain closed, you can still take a picture outside the legendary Cavern Club where the Beatles got their start. 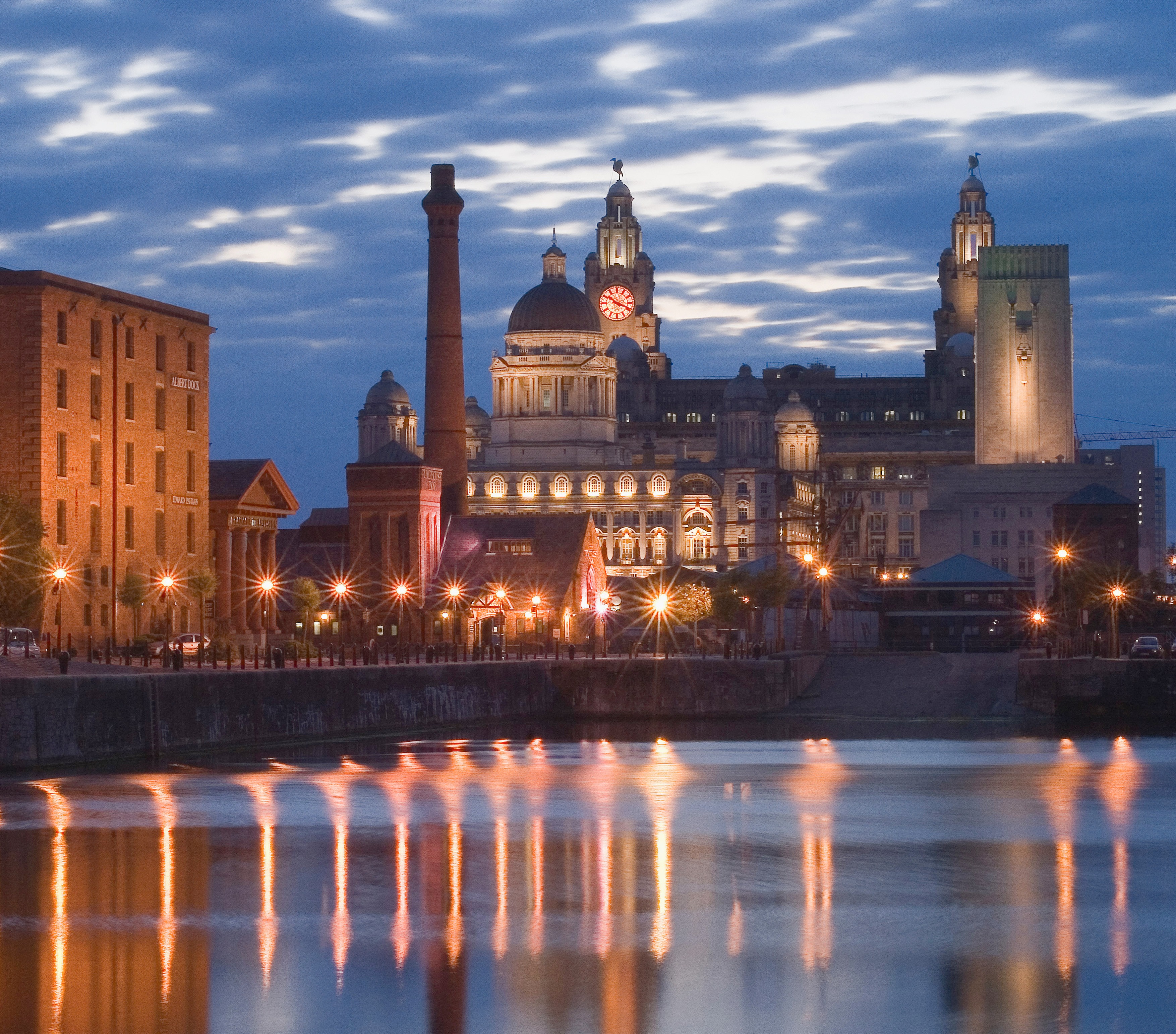 Be aware that the current building is actually a replica of the original, which was situated next door and demolished in the early 1970s.

From here, it’s a 15-minute walk to the Albert Dock.

Shops and restaurants are also starting to reopen and it’s worth a visit to admire the handsome restored red-brick Victorian warehouse buildings that form part of what was once one of the busiest working ports on the planet.

From here, finish your tour with a ten-minute walk to view the extraordinary Metropolitan Cathedral.

It’s a 1960s teepee-shaped construction that locals affectionately refer to as “Paddy’s Wigwam”.

START your stroll in this Sussex seaside stunner on The Lanes, a narrow maze of utterly charming, pedestrian-only streets.

Some shops may be shut right now but it’s still heaps of fun to get slightly lost here. 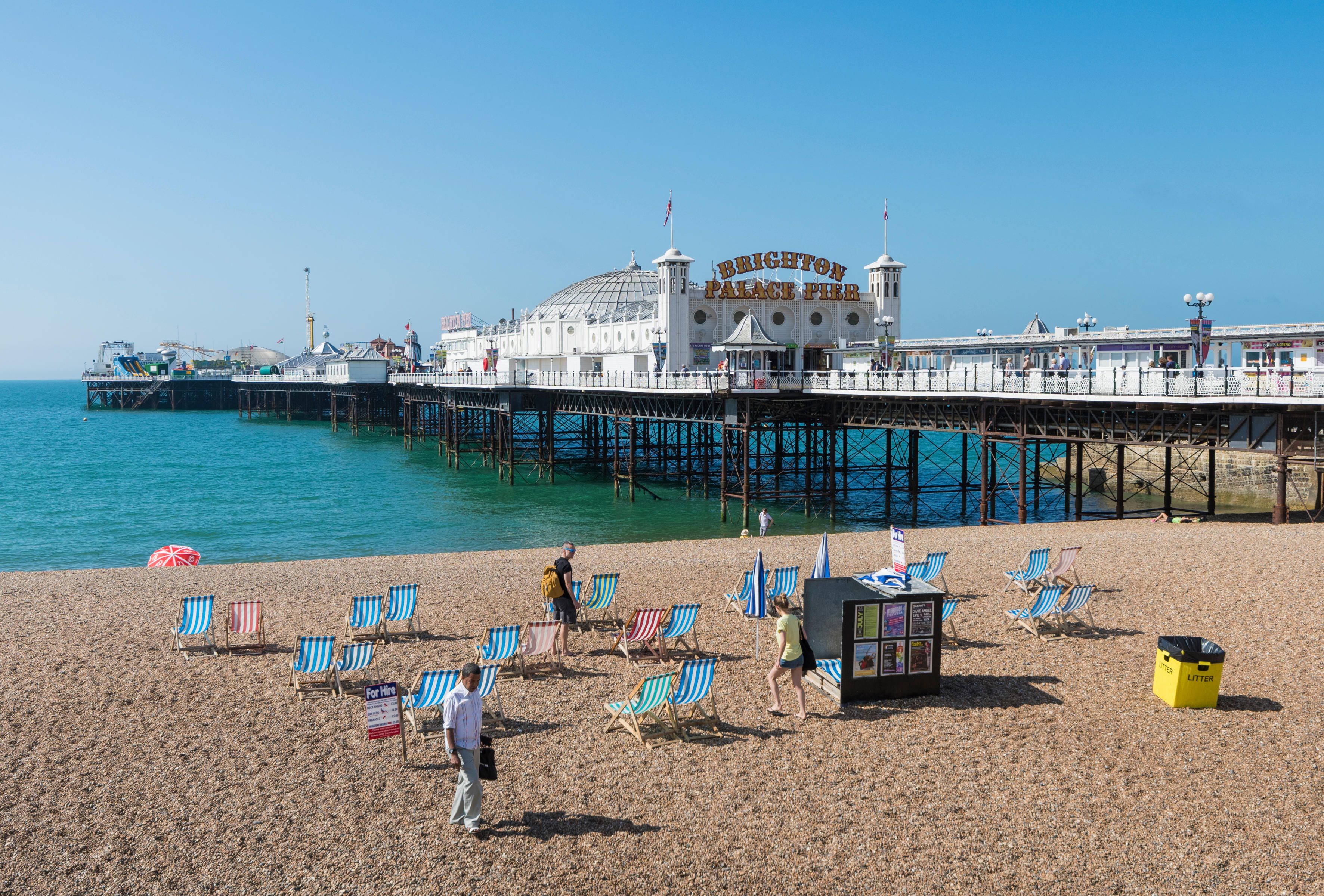 When you emerge from The Lanes, head straight for the beach where, on even the calmest day, the sea slurps and crashes against the venerable Palace Pier, a handsome beast to gaze at from afar.

Then, walk along the shingle beach until you see the strange skeleton of the West Pier.

Slowly being swept away, there’s little left now of what was a functioning rival to the Palace Pier until the early 1970s.

From the West Pier it’s a half-hour walk into the town to reach the green expanses of Preston Park.

It’s the perfect spot for some sunbathing and for an exploration of The Rookery, a huge rock garden complete with streams and cascades.

Spoilers: Ryder prepares for Evan’s death in Home and Away
Entertainment Where to buy the cheapest hanging egg chair – including Amazon, Wayfair and La Maison Chic
Travel