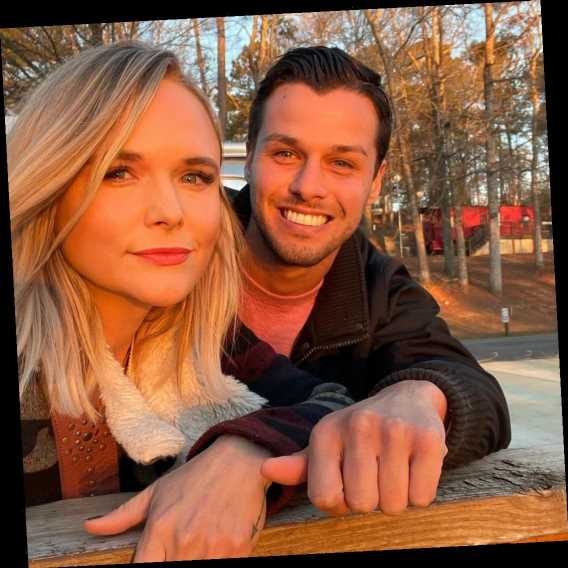 Miranda Lambert is glad to be home safely!

On Thursday, the singer, 37, shared several photos of an "amazing" road trip with her husband Brendan McLoughlin, which was cut short after they were hit by someone driving "erratically" in Georgia.

"Y'all we made it home to Nashville. A few days earlier than planned," she wrote on Instagram, before talking about her favorite stops in Lake Oconee and Greensboro.

"I actually picked that spot for an overnight because it mapped perfectly for our trip but when we got there I didn't want to leave. We stayed an extra day because it was so beautiful," she wrote, sharing a scenic photo of their trailer and the sunset. "(And we ran out of clothes & needed to do laundry) I had to work too, so why not have a view while you zoom?" "We ate dinner and made some new friends from Orlando," she added. "Yes we hung out at the ritz and slept in our trailer because GLAMP life is the good life. That lake is a secret I didn't know about dang it! 😂. "

The country star then revealed that their trailer was hit by a small car, forcing them to pull over to check the damage.

"Unfortunately on the way home going through Atlanta, an ass hole in a small car with temp plates was driving erratically and tried to squeeze between us and a semi truck going 70 on I-20 W," she wrote. "It hit the airstream on the passenger side and sent us into the left lane. We fishtailed pretty good but got on the shoulder as quickly as possible to assess the damage."

But thankfully, "nobody was hurt thank the good Lord." However, no one stopped and the car "sped away." "We are so thankful that nothing worse happened. Our vehicle and trailer were driveable so we made a report and hauled home," she said. "I called mama right away to say that I know her prayers are always heard cause I know she prays for us every morning about 4:30 am. Especially when we are on the road."

Lambert then thanked McLoughlin, 29, for keeping the trailer "pretty steady for being side swiped," before calling their time on the road an "amazing trip."

"We learned we have a lot to see and a lot to be grateful [for]," she ended the caption. The couple's trip comes just days after they celebrated two years of being married.

"2 years hitched!! ❤️" Lambert wrote on Jan. 26, while he wrote, "Happy anniversary to this amazing woman" in his own post.

Lambert and McLoughlin got married in secret back in 2019. That year, she explained her decision to tie the knot in private in an interview with PEOPLE.

"I was married before, and it was a huge wedding and everything was very public. So was my divorce," Lambert said of her previous marriage to Blake Shelton. "I learned then that it's not for everybody else. This is my actual life."

"With Brendan, I made it a point to keep it as private as I could for as long as I could," she added then.