Home » Travel » Libya welcomes back tourists after years of war 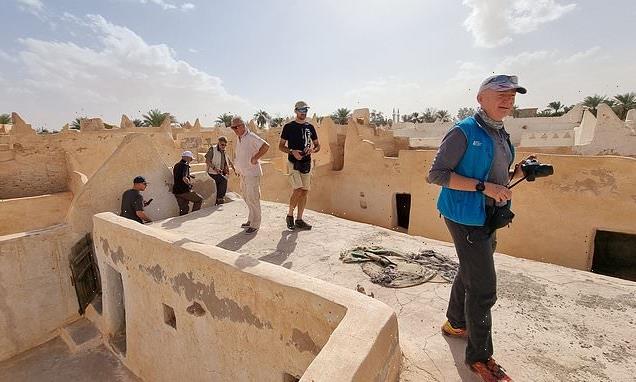 Libya welcomes back tourists after years of war

Libya welcomes back tourists after years of war, with one European visitor declaring the nation a ‘magnificent country, with extraordinary scenery and very welcoming people’

Libya has hosted its first group of foreign tourists in a decade, with an excursion to an oasis town deep in the desert previously off-limits to visitors due to years of war.

French traveller Jean-Paul, who first visited Libya more than a decade ago, was among some 100 mostly European tourists on the trip.

He said he had long wanted to return to the ‘magnificent country, with extraordinary scenery and very welcoming people’. 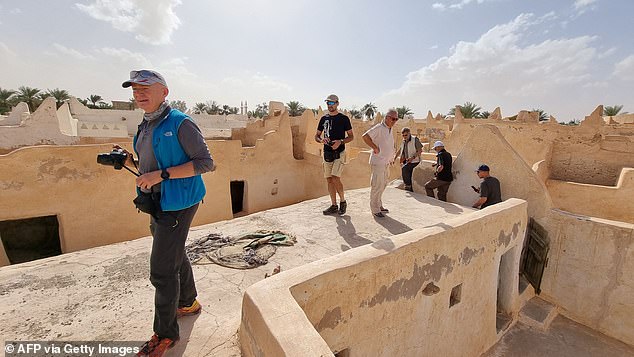 European tourists, escorted by security personnel, visit the old town of Ghadames, a desert oasis some 650 kilometres (400 miles) southwest of the Libyan capital Tripoli, on October 19, during an organised tour in the town

‘Events meant for 10 years that wasn’t possible – then we were told we could finally come back on a supervised trip, with a security detail,’ the 57-year-old said.

‘People here are very welcoming and you get the feeling that Libyans really want to see tourists again.’

Police sirens echoed around the oasis of Ghadames, its old white buildings set amid a sea of palm trees, as the convoy of dozens of four-wheel-drives ferried the Italian, French, Icelandic and Swiss tourists through town.

Libya had been mostly off-limits to tourists throughout the four-decade rule of Moamer Kadhafi.

When the dictator was overthrown in a 2011 uprising, foreign visitors mostly continued to stay away as the country plunged into lawlessness and armed conflict.

Today, thanks to a year of relative calm following an October 2020 ceasefire and a United Nations-led peace process, the first group of tourists since 2012 were able to visit, on a tour paid for by the state. 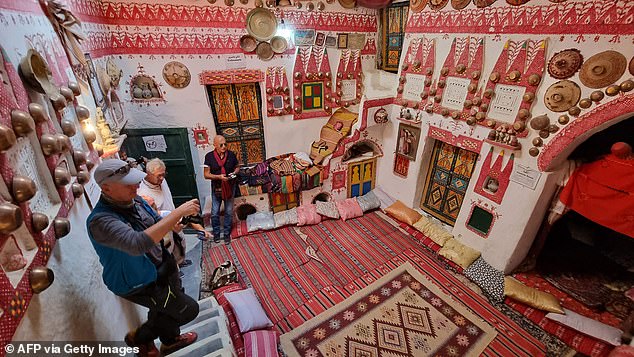 Tour guide Ali al-Kouba says he wants to ‘break the wall of fear’ for foreigners wanting to visit the vast Libyan Sahara.

‘We were sure we’d be welcome in this wonderful country,’ he said.

The visitors arrived via a border crossing with Tunisia which had opened in September after months of closure due to the coronavirus pandemic.

They spent a night under the stars before heading deep into the dunes and rocky stretches of the southern Libyan wilderness.

Finally, they reached Ghadames, the ‘pearl of the desert’ some 650 kilometres (400 miles) south of the capital, Tripoli.

The Unesco-listed oasis city, a pre-Roman Berber settlement and a key stop on Saharan trade routes, has unique multilevel architecture with whitewashed, covered alleyways beyond the reach of the brutal summer sun. 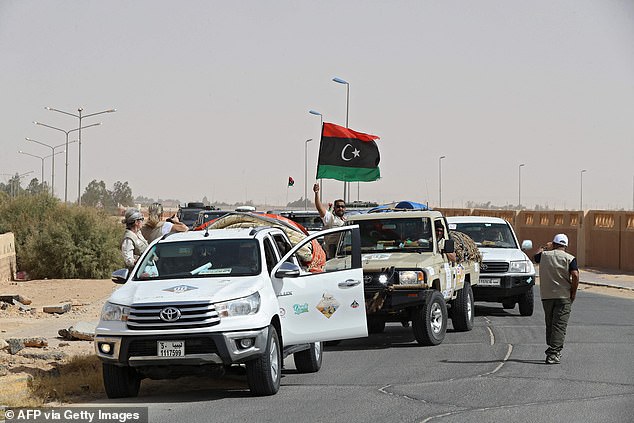 The tourists wandered through the old city taking photos of its traditional houses, propped up with palm trunks.

They also visited the newer part of town, where a mosque with striking minarets faces modern villas echoing the style of the old town.

Jean-Jacques Sire, a 67-year-old Frenchman with a white beard, said he had visited Libya twice in the 1990s and ‘met an exceptionally welcoming population’. 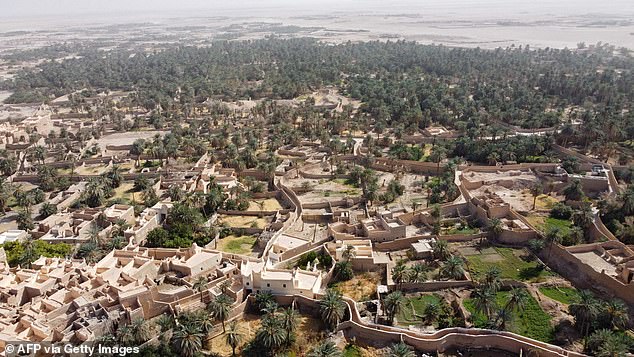 Ghadames is a desert oasis that endures as a thriving population centre, in the modern day as well as in pre-Roman times

‘When I found out that there was a group of people ready to come back, I didn’t hesitate,’ he said.

Tourism has been a tiny industry in Libya, whose economy has been dominated by oil and gas since the mid-20th century.

But it did see a brief uptick in the 2000s as the Kadhafi regime mended ties with the outside world, spurred by the UN in 2003 lifting sanctions that had included a flight ban.

Tripoli also created a ministry for the sector and issued tourist visas for the first time, allowing some 110,000 foreign visitors to holiday in the country in 2010, bringing in $40million (34million euros/£28million).

But all that came to an abrupt halt with the outbreak of an armed revolt in 2011. 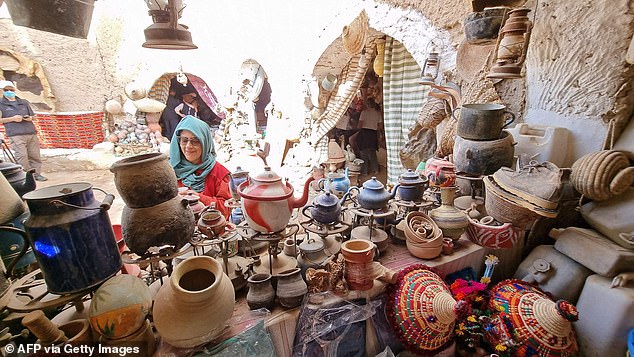 And despite a year of relative calm, the country still sees localised outbursts of fighting and most countries advise their citizens against visiting.

But Khaled Derdera, who organised the tour, said he wanted to challenge the idea that Libya is ‘a country in decline’.

‘The idea of the trip was to bring back European tourists – and today, here they are, on Libyan soil,’ he said.

Airbnb Recreated Carrie Bradshaw’s Sex And The City Apartment – And YOU Can Stay There FOR ONLY $23!