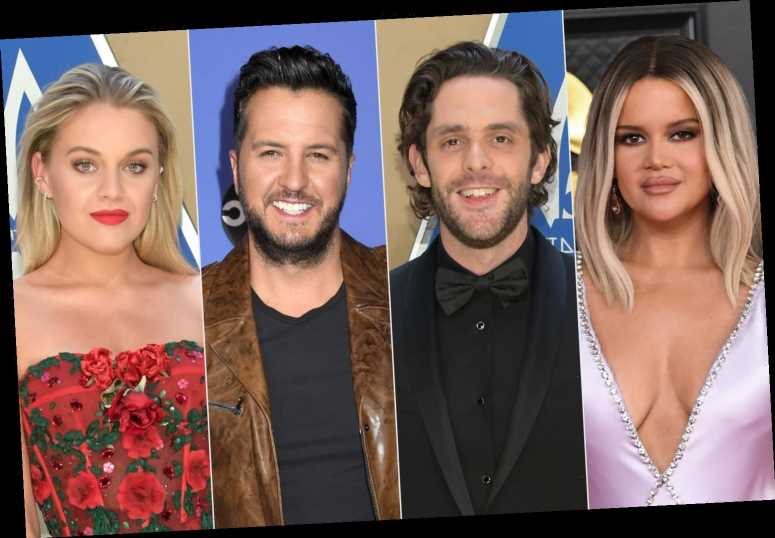 The star-studded slate of performers for the 56th Annual Academy of Country Music Awards has been announced!

On Monday, the Academy of Country Music, Dick Clark Productions, and CBS announced the full lineup for the annual awards ceremony. The 2021 ACM Awards, which honors the best in country music, will take place in Nashville on Sunday, April 18.

Like last year, the event will once again be broadcast from three different locations in Nashville: the Grand Ole Opry House, the Ryman Auditorium and the Bluebird Cafe. Additional details about the event will be announced in the coming weeks.

Last month, Urban and Guyton were revealed as co-hosts for the awards show. Urban, 53, previously served as host at the 2020 ACM Awards.

Confirming the news in a social media post, Urban wrote, "Thrilled to be back hosting the @acmawards for a second year!!! And you know I love a good collaboration … @mickeyguyton, what do you say? Tune in April 18th," alongside a video of himself asking Guyton, 37, to co-host the show with him.

Guyton — who welcomed her first child, son Grayson, in February — also shared the same video to her own Instagram account.

"What is my life right now?! Thank you @keithurban and I cannot wait to join you as co-host of the @acmawards on April 18th," she wrote alongside the video.

Leading the nominations at this year's awards are Morris and Stapleton with six nominations each. Trailing closely behind is Lambert with five nominations and McBryde and Rhett with four nods each.

Making history this year, four Black artists are nominated for awards: Jimmie Allen, Brown, Guyton and John Legend, who's a first-time nominee. Also for the first time, every nominated song for single of the year features a woman.

Up for the most-coveted entertainer of the year award are standouts Stapleton, Rhett, Bryan, Church and Combs. (Underwood and Rhett shared the 2020 title.)

Notably absent from the nominations list is Morgan Wallen, whose eligibility was halted earlier this month after he was caught using a racial slur.

The TikTok Recipe You Should Try, Based On Your Zodiac Sign