I’ve been on my fair share of road trips. My childhood was filled with them. My family drove up and down the East Coast between Tampa, Florida (where I’m from) and as far north as Boston on multiple occasions. When I auditioned for American Idol at 16, we drove to Milwaukee, and when I didn’t pass the first round, we drove down to catch the next audition in New Orleans, where I (thankfully) did. I even took a cross-country road trip with my boyfriend last year. But it wasn’t until I went on a week-long road trip in Australia that I discovered my true love for road trips.

Don’t get me wrong: I’ve enjoyed my past road trips, and some of my fondest childhood memories were made (literally) on the road. But I spent a week driving through the Australian state of Victoria, and it’s safe to say that it was definitely one of the most epic trips of my life thus far. (This is coming from someone who has sailed through the Mediterranean and bathed in hot springs around the world.)

The state has so much to offer, from the artsy hustle and bustle of Melbourne, to the breathtaking views of Wilsons Promontory, to the wildlife on Raymond Island. I wouldn’t have be able to experience any of it I hadn’t been road tripping. 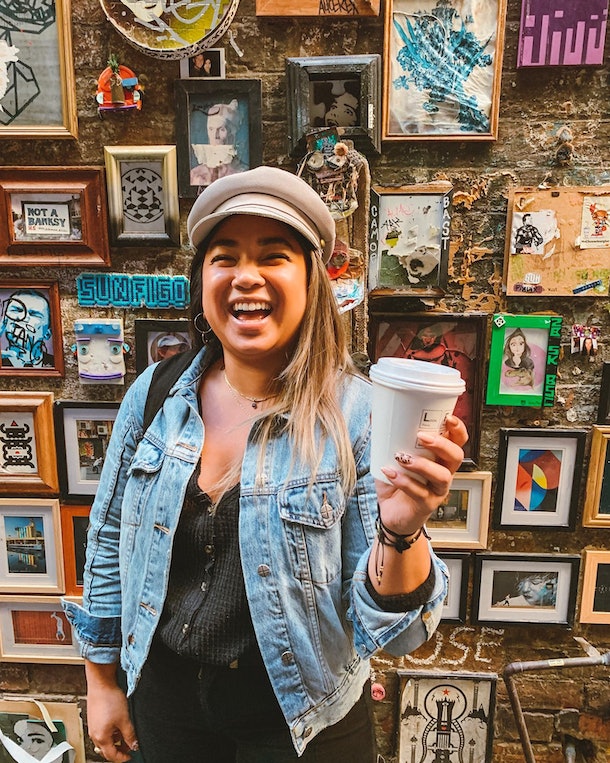 I started the trip in Melbourne to experience all of the incredible food, art, and culture the city has to offer. Melbourne is a foodie haven that does not disappoint. I couldn’t walk more than half a block without seeing another coffee shop. (According to my tour guide from Visit Victoria — who is a Melbourne native — the locals in Melbourne are very proud of their strong love for coffee.)

The city is such a melting pot of different cultures, and I was able to go to restaurants that featured everything from Spanish tapas at MoVida to homemade Chinese dumplings at ShanDong MaMa. My walking tour with Walk Melbourne taught me more about the city’s history and architecture, and allowed me to try little samples of staple Australian foods, including my first-ever Aussie mince meat pie and Vegemite toast (savored separately, of course).

I was also taken aback by how much the city embraces street art culture. The walls of every alley — and even some on major streets — are completely covered in murals, graffiti-type paintings, posters, and other various forms of expression. The art was an amazing part of my experience in the city, and I was completely awed by the beauty of the pieces. 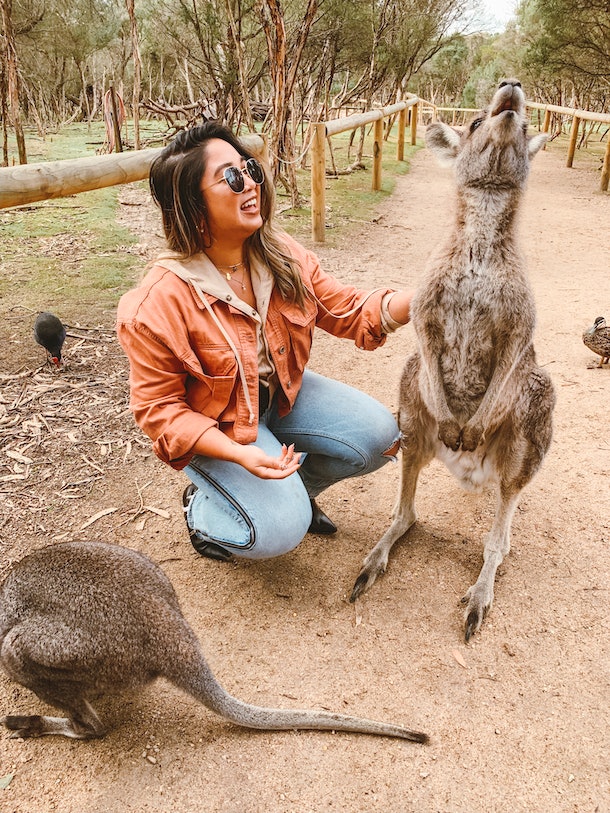 From Melbourne, I headed to Moonlit Sanctuary, which was one of my top highlights of the trip. The Sanctuary allows you to learn more about and get up close with native Australian wildlife, including: kangaroos, dingoes, koalas, and more. I saw kangaroos in the wild when I went to New South Wales last year, but it was an entirely different experience being able to pet them at Moonlit Sanctuary and say hello up close. (They are really gentle, friendly, and so fluffy.)

I drove southwest down the Mornington Peninsula to the Peninsula Hot Springs, which were some of the hottest I’ve ever experienced. I only stayed in them for about 10 minutes or so, but it was the perfect cure for my jet lag. I ended day two at Phillip Island, where I was able to experience the "Penguin Parade," which is a nightly viewing of all of the little penguins making their way home to their burrows. 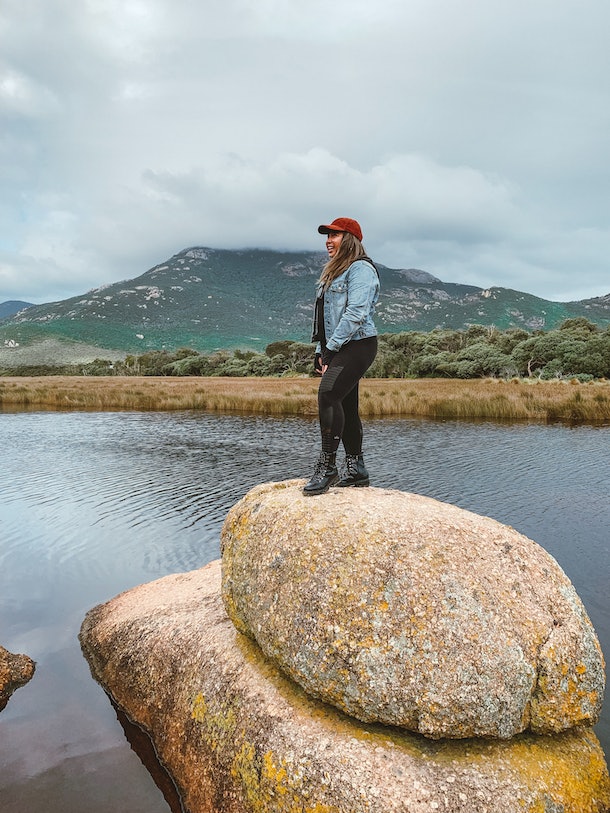 Day three took me to Wilsons Promontory, which is a giant, breathtaking national park. I love spending time outdoors, and exploring the beauty of this natural park for a full day was absolutely incredible. For me, the beaches reminded me of the ones in the Pacific Northwest, with the giant flat shoreline that allows you to walk straight into the ocean. I also walked by Tidal River, and then took a hike up to Pillar Point to catch full 360-degree views of the park.

My favorite part by far, though, was my little excursion to Squeaky Beach. It got its name because the sand is actually grains of quartz that squeak when you walk on it, according to Visit Victoria. The beach has giant rusty-colored rocks twice or three times my height, and the waves crashed over them like a movie moment from The Little Mermaid. Catching the sunset there was something I’ll never forget. That night, I glamped in a gorgeous tent in the park’s camping area. 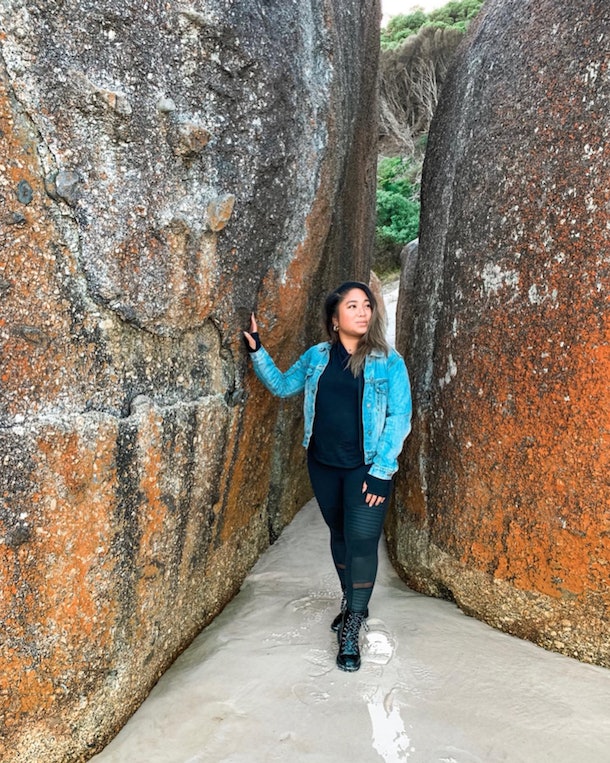 From there, I drove up to Tarra Bulga National Park, which is home to lush with breathtaking — and towering — rainforest vegetation and a beautiful suspension bridge that makes for a really cool photo opp. After that, I drove up a little further to Toms Cap Vineyard for lunch and a luxurious wine tasting. The vines had already changed color for the fall season, and the bright yellow rows of grape vines were truly breathtaking. I even had the opportunity to hang out with the vineyard’s alpacas. 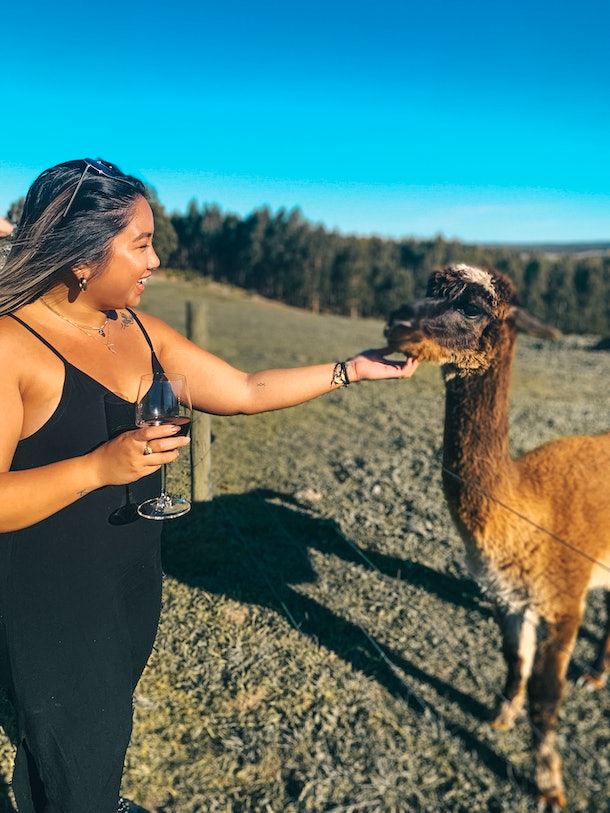 The getaway wrapped up with a trip to Raymond Island, which is known for its koala viewing, according to Visit Victoria. You can literally just walk around the island and play "count the koalas" as you go, which I totally did. (My final count was 16, my lucky number.)

After a delectable lunch at SARDINE eatery + bar in nearby Paynesville — which was by far my favorite meal of the trip because of the fresh seafood — it was time to head back to Melbourne and fly home. 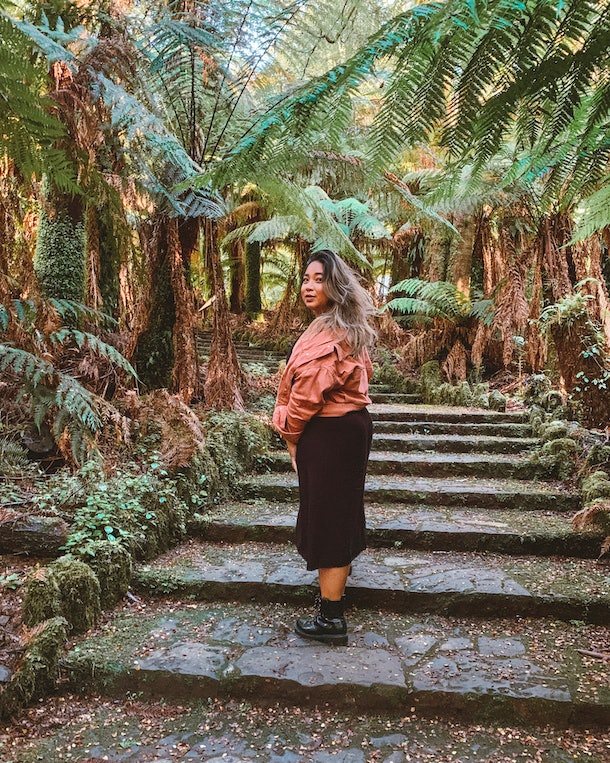 Just writing about this epic itinerary makes me wish that I never had to leave, even though Qantas totally hooked it up with a surprise business class upgrade for the flight home, which was absolutely heavenly. I keep looking through the photos on my phone thinking that I’ll somehow magically get transported back to the beautiful state of Victoria and the unforgettable experiences I had road tripping through it. 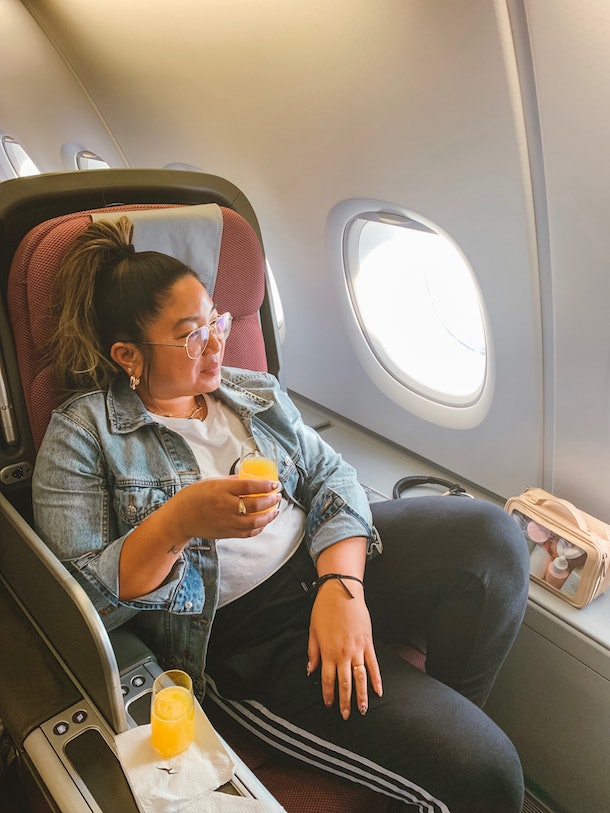 Besides the fact that each of the stops was fantastic on its own, I loved that I didn’t have to drive more than two to three hours between each of them. I have been waiting for most of my adult life to experience an epic road trip in another country, and thanks to Victoria, Australia, I finally got it — and it couldn’t have been a better experience.