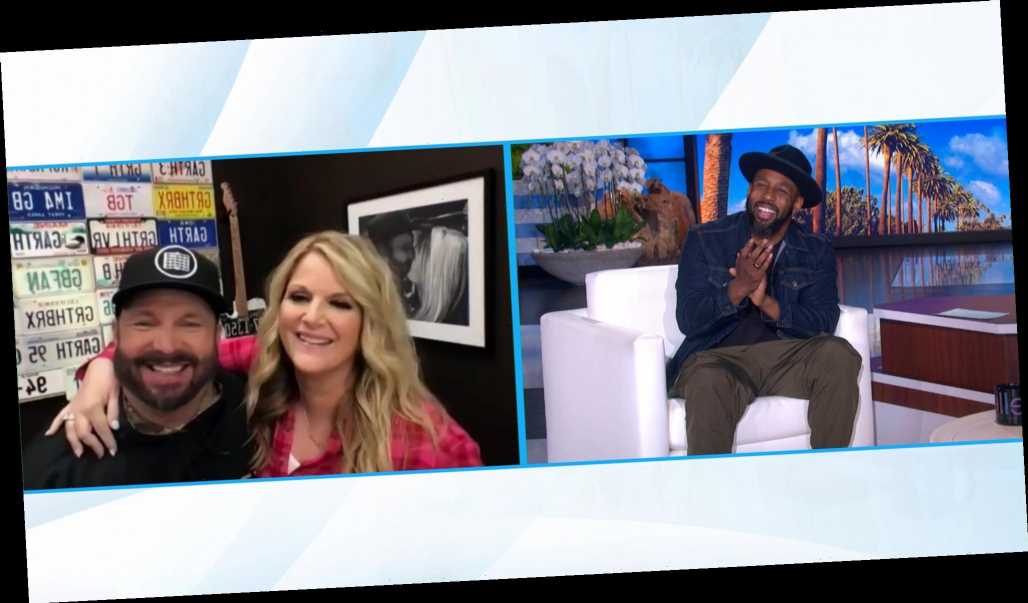 While appearing virtually as a guest on The Ellen DeGeneres Show on Friday, Brooks, 59, detailed to guest host Stephen "tWitch" Boss that he and Yearwood, 56, had hard conversations about their relationship while quarantining together after Yearwood contracted COVID-19 late last month.

"We used it to work on ourselves because we were by ourselves for two weeks, almost three weeks," Brooks explained.

"I think 99.9% of people wouldn't have done what I [did], but I thought since we're here, and we ain't got nowhere to go, let's just attack some of the hardest things over the 15 years that bugs one of us, right?" Brooks said. "And it was like living in a little house. You couldn't go anywhere, so you couldn't walk away from the conversation. And I thought it was great, I think we came out the other end even closer and tighter than we were when we went in."

Yearwood popped in for a quick moment during the conversation as well, where she echoed her husband's sentiments, adding, "If you can talk about the hard stuff, its good. And we're in this for the long haul." Last month, Brooks revealed that he and Yearwood had been quarantining together at their home in Tennessee after being exposed to COVID-19 when a member of their team tested positive.

"The Queen and I have now tested twice," Brooks said at the time, before later receiving negative results for COVID-19 on multiple occasions.

The couple was initially forced to wait a week after their initial exposure to the virus for testing because of severe winter weather.

"Officially, she's diagnosed as 'on her way out of the tunnel' now, though, which I'm extremely thankful for," Brooks said in his statement at the time. "Anyone who knows me knows my world begins and ends with Miss Yearwood, so she and I will ride through this together."

During their joint Ellen appearance, Brooks and Yearwood also chatted with Boss about their recent cover of Bradley Cooper and Lady Gaga's "Shallow" from 2018's A Star Is Born.

Explaining that their cover "was kind of an accident," Yearwood said she and Brooks were huge fans of the movie and received a ton of requests from fans to sing the track.

Yearwood said they were not aware if Gaga, 34, or Cooper, 46, had heard their take on the song.

"As long as we don't [know], we think they love it," Yearwood quipped, before Brooks chimed in, "We both know them and they're very, very sweet to us, but they haven't ever said [anything], we never said anything, and I'm wondering — if like us — if they're too scared to even mention it."

"So we don't say anything," Brooks added. "We just asked about each other's families."

After 39 Years On the Couch, I Completed a 5K and a Half Marathon\u2014and I\u2019m Not Done Yet
Entertainment