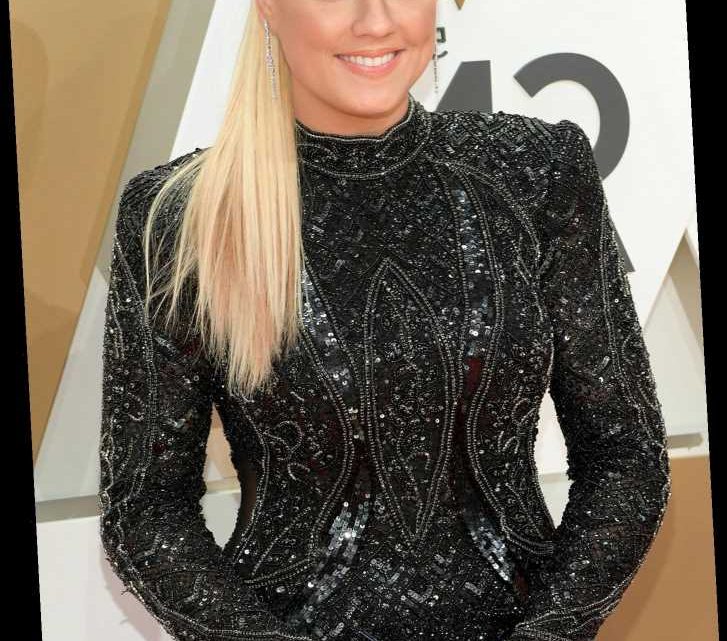 Gabby Barrett will be welcoming her baby girl "any day now." But before then, she's celebrating her other baby: "I Hope," the breakthrough single that went RIAA multi-platinum last year.

On Wednesday, RIAA presented its Class of 2020 — the 53 artists whose singles or albums went gold or platinum in the last year for the first time — and Barrett's tracks "I Hope" and "The Good Ones" made the list, less than two years after finishing third on American Idol. ("I Hope" has gone 3 times platinum, while "The Good Ones" is certified gold.)

"I'm still blown away," the singer tells PEOPLE. "I'm so thankful for having so much time off this year to really let it soak in. Being presented with my plaque for 'I Hope' was really an indescribable feeling."

"I just remember being young and always seeing plaques of artists that I really looked up to on the walls of different places, hoping I could have at least one of those someday," she adds. "I'm dreaming with my eyes open as they're hanging up on my wall. Hopefully, I'll be able to collect some more in the future."

Starting as a performer at just 11 years old, Barrett says she's someone who hasn't had "things handed to me easily," so the accomplishments like this one have meant so much to her.

"There's a lot of stuff musically that I wasn't expecting to happen," she says. "I'm very blessed for that." After coming off Idol, Barrett's ascent has been "pretty speedy," she says — and she doesn't take it for granted.

"'I Hope' was the fourth song that I had ever written in Nashville. I just started to figure out how to write songs and put them together," she says. "There are just so many things that have happened in the past two years that I'm very thankful for and have gotten me here and who I am today."

The singer, who released her debut album Goldmine last fall, is ready to take 2021 to focus on her budding family as she awaits the arrival of her baby girl with Cade Foehner "any day now."

"I'll be off the map for a bit. I think it's really important to focus on her for that amount of time and just really take a break from music," she says. "You can look forward to, if the pandemic ends, me starting up in spring/summer for some cool stuff." How Sunflower Oil Could Help Your Hair – The List