A TOURIST in Greece was left fuming after being charged €591 (£521) for just six pieces of calamari at a restaurant in Mykonos. 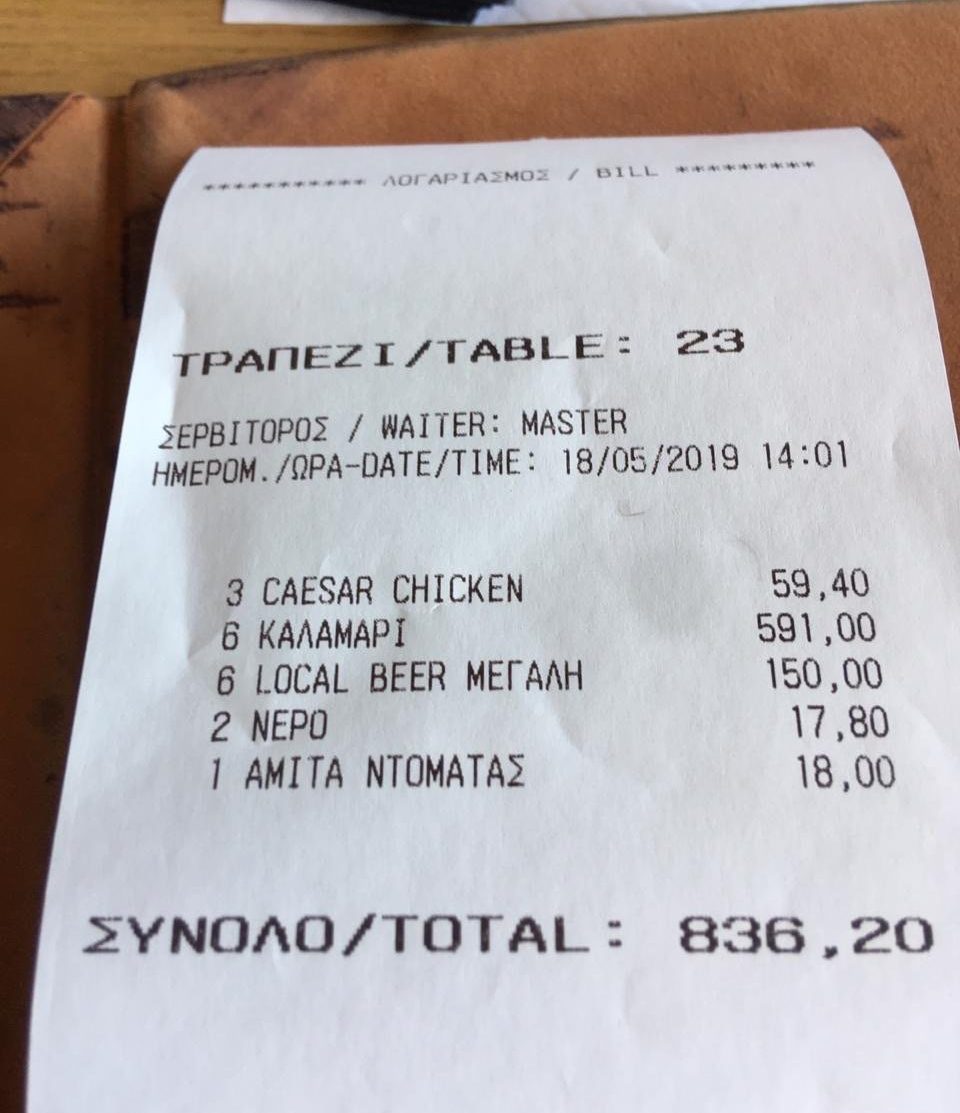 The tourist, who is from the US, posted an image of their receipt after dining at the restaurant DK Oyster to TripAdvisor.

On the receipt, they were charged the high bill for three Caesar salads, six local beers, two bottles of water and a tomato juice, along with the seafood.

Their review, which gave the establishment just one star, said: "This place is a rip off, look at the picture I posted.

"The staff is not honest and refuse to provide a menu and prices. AVOID THIS PLACE AT ALL COST! No pun intended." 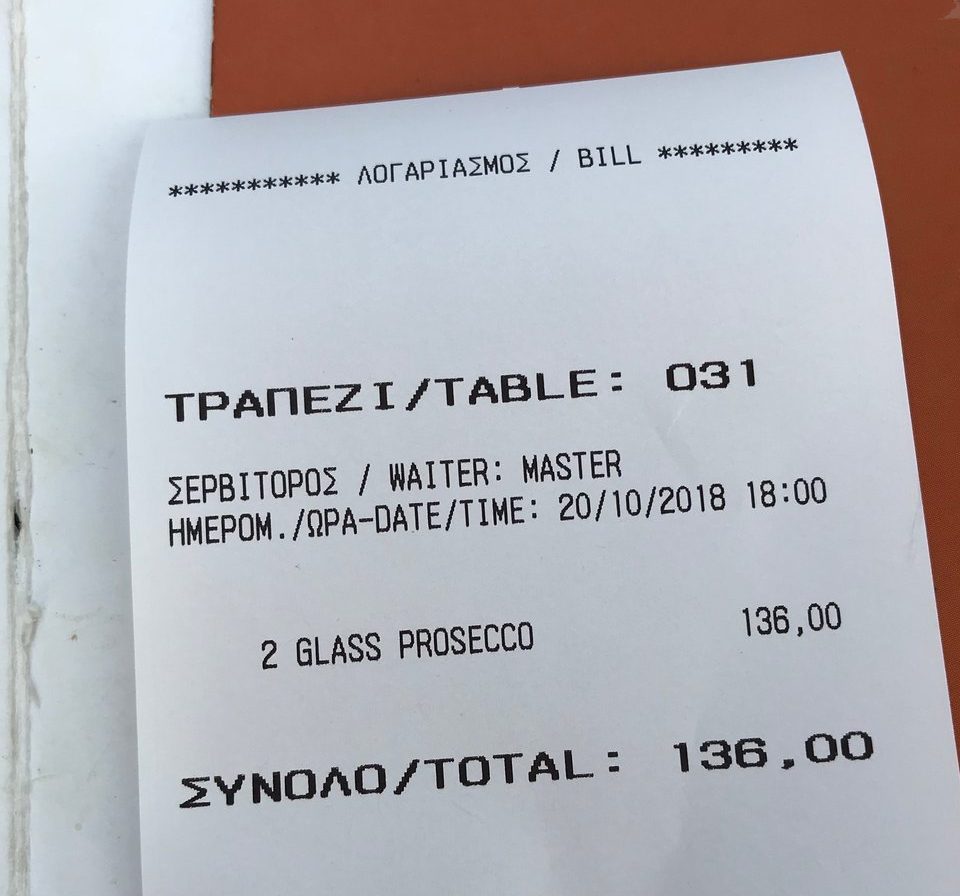 His complaints led to a number of other customers sharing their high bills after visiting the restaurant.

According to In Cyprus, the restaurant confirmed that customers are given menus with prices on them.

However, the restaurant currently has an average of four stars with 860 reviews.

Some positive reviews claimed that the staff were "kind and helpful" with the restaurant having "great views and comfortable seats".

Earlier this month, two tourists in Italy were also left stunned after being charged £70 for two burgers and three coffees.

Many claimed that it was a rip-off, while others were confused why they were eating the burgers alongside a coffee at 11am.