Want an upgrade? Remember this face! Frequent flyer is GIVING AWAY his first and business class plane tickets to anyone that recognises him at an airport (and hotel suites, too)

Having a good memory for faces could land you a flight upgrade.

That’s because travel expert and frequent flier Gilbert Ott, who runs the flight tips site God Save The Points, is giving away his first and business class seats to anyone who recognises him at an airport.

If you spot him all you need to do is ask to swap your economy ticket with his boarding pass and Gilbert will squeeze into your seat at the back of the flight while you’re pampered at the front. 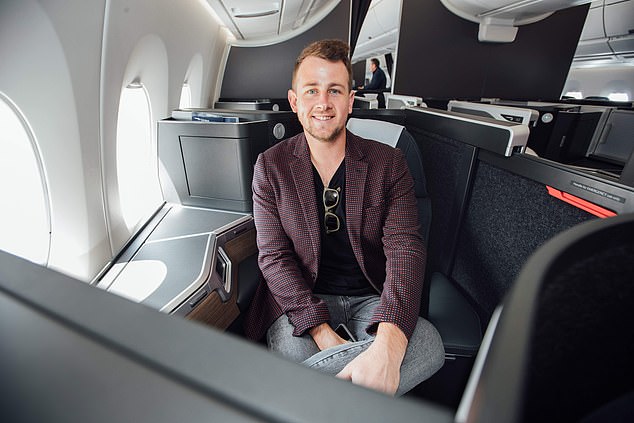 Travel expert and frequent flier Gilbert Ott, who runs the flight tips site God Save The Points, is giving away his first and business class seats to anyone who recognises him at an airport. He’s pictured here in BA’s new A350 business class suite

Gilbert, 32, who lives between New York and London, told MailOnline Travel that lady luck will need to be on your side as well: ‘For the flights, it takes a bit of luck because we’ll need to be on the same flight, but if you find me loitering around the gate area, at check-in, security or anywhere else before the flight – on the way to the airport for instance – I’ll totally swap seats and you can enjoy the comfy stuff, and I’ll take whatever you’ve got on the plane, even if it’s the last row.

‘Once I’m on the plane though, it’s all mine, so you’ll need to keep your eyes peeled before the flight. I won’t be hiding in any lounges.’

Gilbert will be offering the deal between November 30 and December 11, with his itinerary including long-haul odysseys to Los Angeles and Hong Kong.

We asked Gilbert which of the ‘deals’ he thinks are the sweetest.

He said: ‘I think even years later, Emirates First Class is insane. You can shower on a plane, then close the door to your suite, after Dom Pérignon and caviar of course. It’s absurd, and for the long hop I’ll be on, someone would be very very lucky, and my knees would be very very sad. Other than that, it’s all great – British Airways new club suite business class, JetBlue Mint, American Airlines Flagship and maybe even some Cathay First action. I want people to take my seats!’ 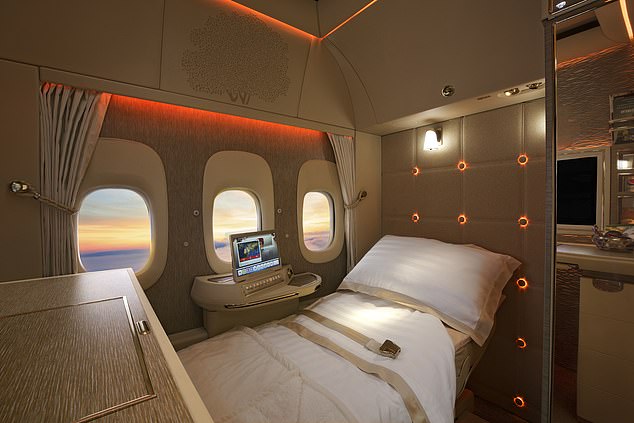 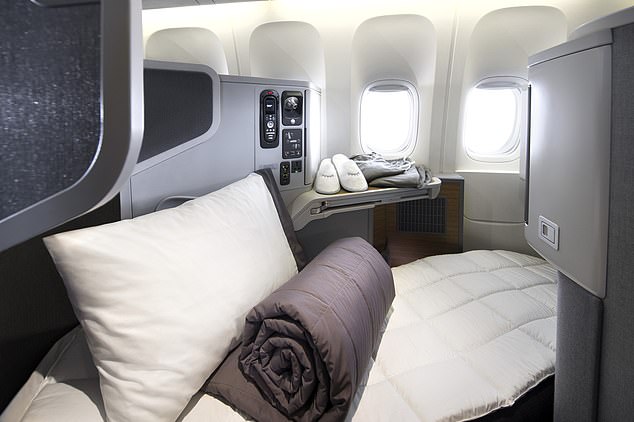 Gilbert first ran the offer just over two years ago – he still has fond memories of being chased through Heathrow Airport – but says that it’s bigger and better this time around.

Because hotel suites have been added to the deal.

He continued: ‘The fun thing this time around, is thanks to Capital One, I have things people can get off me even if they’re not flying. Find me in a city, take my hotel suite for the night. Even if someone’s already found me, I’ve been generously plied with goodies, tickets and other things.’

The frequent flier says that the reason he’s giving away his lifestyle is two-fold – to promote his site, and out of the goodness of his heart.

This map shows Gilbert’s itinerary between November 30 and December 11, when the offer is running. But he said he might add a few extra trips 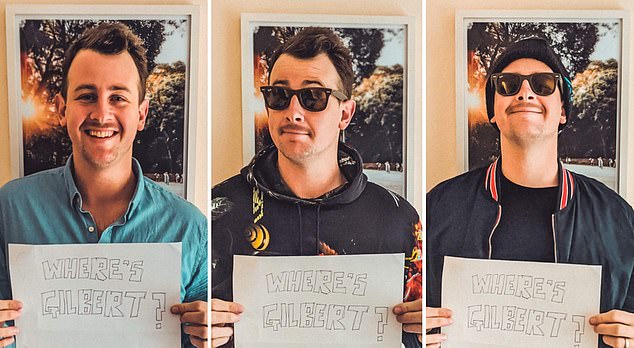 Gilbert will be dropping clues on social media regarding his whereabouts every day. Look out for the #wheresgilbert hashtag

He added: ‘When I did it first in 2017, it was purely a promotional stunt inspired by something I’d heard Richard Branson often did at Virgin Atlantic, swapping his luxury seat with another passenger to make their day. I figured if he could do it, I probably could too, and if it got some extra eyeballs to my website, why not?!

‘This time around, I’m honestly just excited to try and make some people happy, get people into cool experiences they may never otherwise have, and play a fun game on social media. Everyone likes a game, and I feel pretty lucky to be able to challenge people to find me and unlock hotel suites, first class seats and all that. Capital One was massive in helping me to make a few of those extra things happen.’

Gilbert will be dropping clues on social media regarding his whereabouts every day. Look out for the #wheresgilbert hashtag.