Home » For Travel, a Sustainable Comeback?

With travel stalled for the past 10 months, its sustainable comeback has been a popular topic. Now with Covid-19 vaccines in distribution, and the prospect of travel reviving later this year, some travel operators, local governments and nonprofit organizations are walking the talk, with new eco-oriented programs, trips, transportation initiatives and preserves.

“I think we will see a significant pivot in the tourism industry in 2021,” said Gregory Miller, the executive director of the nonprofit Center for Responsible Travel, noting that the focus is “not on who is benefiting the travel business, but who’s benefiting the community.”

The following are some of the many sustainable initiatives that have been started during the pandemic, awaiting the return of travelers. 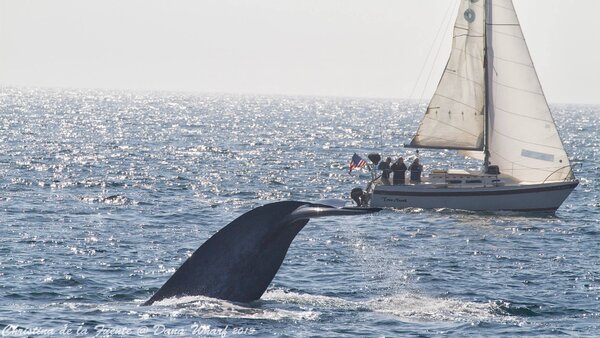 From Dana Point, Calif., whale-watching operations take visitors on boat trips to see gray whales, blue whales and, on occasion, racing megapods of dolphins. They also pick up discarded, deflated balloons — which might be mistaken for food by sea creatures.

“We tell people, don’t celebrate with balloons, because this is where they end up,” said Donna Kalez, the co-president of Dana Wharf Sportfishing & Whale Watching, a recreational guide service.

She and Gisele Anderson, a co-president of another whale-watching operation, Captain Dave’s Dolphin & Whale Watching Safari, wanted a way to signal to the world that their region is not just a great place to see whales, but to learn about and protect them. They found it in the Whale Heritage Site program from the nonprofit conservation association World Cetacean Alliance to which they applied. In late January, Dana Point received the designation a Whale Heritage Site, the first in the United States.

The Whale Heritage Site designation is meant to identify to travelers not only whale-rich areas, but those that are engaged in conservation, education and cultural celebrations of whales. An initial pair of sites, The Bluff, South Africa, and Hervey Bay, Australia, were designated in 2019. In addition to Dana Point, a region off Tenerife, Spain, was also named a Whale Heritage Site this year.

“It’s a new program but we think it could be what National Parks are to the U.S.,” said Ben Williamson, the programs director for World Animal Protection, US, a global animal welfare nonprofit which is a partner on the heritage site project. “We think rolling out these landmarks for sustainable and responsible tourism gives tourists and the travel industry a marker to show how the wildlife experience should be done.”

World Animal Protection promotes viewing animals in the wild rather than in captivity, such as at SeaWorld San Diego, about an hour south of Dana Point. Seven more candidate sites globally are currently under review for certification.

A deep coastal canyon below Dana Point draws whales and dolphins close to shore, and the town is home to a whale festival that has been running for 50 years. Its sustainable whale-watching operations will be audited every three years to maintain heritage site status.

“This isn’t a designation for life. You need to work to keep it,” Ms. Anderson said of plans for future beach cleanups and citizen science initiatives and continuing work to instruct recreational boaters on keeping safe distances from whales.

A key component of Colorado governor Jared Polis’s climate action plan — which calls for the state to obtain 100 percent of its energy from renewable sources by 2040 — is electrifying transportation. More than 30 fast-charging stations for electric vehicles are planned or available on Colorado’s interstates and highways, or highly trafficked “corridors.”

Greatly expanding the range of electric cars, charging facilities about 50 miles apart are coming in June to six of the state’s 26 Scenic & Historic Byways, which traverse rural areas and are popular with road trippers.

By encouraging drivers to spend time in towns with charging stations while their car is being replenished, the initiative combines economic development and sustainable transportation.

Andrew Grossmann, the director of destination development for the Colorado Tourism Office, calls the first electrified byways an “initial skeletal installation,” with capacities for a minimum of two cars at each station. While many newer model electric vehicles can go more than 200 miles on a charge, “having them in place more closely helps reduce range anxiety,” he said.

To use the new system, travelers would have to arrive by electric vehicle, as few are available from rental car companies. However, the Dollar and Thrifty rental car franchises at the Eagle County Regional Airport near Vail have agreed with the state to add 10 electric vehicles before the end of the year. And Vail has 28 public charging ports and nearly 20 stations at hotels, including Sonnenalp Vail.

For local drivers, electrifying remote byways is a passport to travel.

“We want to go not just to Vail, but Clear Creek, South Park and places that are less discovered by tourists because we’re the locals, so that’s a game changer for us,” said Don Dulchinos, 64, a technology consultant based in Boulder, who owns a 2012 Chevy Volt and runs a Facebook page for electric vehicle owners in the state.

Biking adventures that start in the city

Since 1976, when it organized a cross-country bike ride in celebration of the nation’s bicentennial, the nonprofit Adventure Cycling Association has specialized in mapping long-distance cycling routes across the United States. But this year, the organization, which encourages bicycle transportation, aims to take travel-by-bike to urban areas in an effort to bridge environmental and social sustainability.

Its new Short-Trips Initiative, which will kick off in June, will create maps and suggested itineraries for trips from one to three nights from eight cities — Atlanta, Austin, Texas, Boston, Los Angeles, Minneapolis, San Francisco, Seattle and Washington, D.C. — with plans for 30 cities by 2023.

“We wanted to focus on letting people know they can have a great adventure even if they’re going for one night,” said Eva Dunn-Froebig, the project director of the initiative.

A major program focus is to diversify the cycling scene, which the association describes as predominantly male and white. In addition to reaching urbanites, the initiative includes recruiting ambassadors from each city, especially among Black, Indigenous and other people of color to lead occasional short trips and share their bike camping expertise.

“I think the A.C.A. is trying to catch up with the social environment,” said Jess Kim, 30, a transportation engineer in Seattle and avid bike camper who is Asian-American and plans to apply to become an ambassador for the initiative. She calls it a “step in the right direction” in offering flexible rides to those with constrained schedules, targeting racially diverse communities and partnering with organizers like herself who are working on making cycling more inclusive.

As a practical matter, the A.C.A. says anyone can bike camp, which might include having a family member drive a support vehicle with camping gear or fashioning bike carriers from kitty litter containers.

“The best bike for your first tour is the bike you already have,” said Dan Meyer, the deputy editor of the association’s Adventure Cyclist Magazine.

The only fully scale-covered mammal, pangolins curl up in an armored ball when threatened. It’s those scales, used in traditional Asian medicine practices, that largely make them the quarry of poachers. According to the Coalition to End Wildlife Trafficking Online, more than one million of the small, ant-eating animals have been illegally traded in the last 10 years. Eight species of pangolins, native to Asia and Africa, range from vulnerable to critically endangered.

“What we’re looking at here is yet another man-made extinction. And because of the silent and elusive nature of the pangolin, it could be a very silent extinction,” said Les Carlisle, the director of conservation at andBeyond, which runs safari camps and game preserves in Africa, and has started a program to rehabilitate pangolins rescued from illegal trading. The goal is to establish a breeding program.

Last year, a captive pangolin was recovered by authorities, rehabilitated at the Johannesburg Wildlife Veterinary Hospital and eventually relocated to the 70,560-acre andBeyond Phinda Private Game Reserve, a private preserve and safari camp, in KwaZulu-Natal, South Africa, where it gave birth to a pup, the first in the area for an estimated 40 years.

While the preserve is heavily guarded and the pangolin rehabilitation program is ongoing, its managers won’t say how many pangolins are living on the property for fear of drawing the attention of poachers.

Guests at one of the Phinda lodges, which have reopened, can join a researcher from the conservation team during a general health check of a pangolin. But don’t expect to see one of the shy, nocturnal creatures on a game drive.

“Rangers who have worked on reserves with pangolins have gone years without seeing one,” Mr. Carlisle said.

Carbon capture for the people

Travel has a chronic carbon problem. The emissions associated with travel, by car, ship or by air, makes sustainable travel a stumbling block right from departure. Carbon offsets have long been a balancing alternative, though most experts agree offsetting isn’t enough to slow or reverse climate change.

Tomorrow’s Air, a new climate action group incubated by the Adventure Travel Trade Association, is taking a different tack, both technologically and socially. It champions carbon removal and storage, as done by the Swiss company Climateworks — an expensive process that filters carbon dioxide from the air, sometimes injecting it underground in basalt rock, where it mineralizes over time.

While the process seems sound, “the question is, is it scalable?” said Howard Herzog, a senior research engineer at Massachusetts Institute of Technology, who has studied carbon capture for more than 30 years, noting the high cost of running the technology relative to the amount of carbon removed. “It’s a lot cheaper to not emit than to try to capture it later.”

Though the emerging technology is indeed costly — one Peruvian tour operator estimated that mitigating a flight between London and Lima with carbon capture technology would cost $5,040 — Tomorrow’s Air aims to excite people about the future of carbon removal, invest in it and create a community of travelers and travel companies around it that will eventually be large enough to sway companies and governments to engage.

“We’re providing ways for travelers and travel companies to support the scale-up of carbon removal technology,” said Christina Beckmann, the co-founder of Tomorrow’s Air. “We thought, what if we got travel, which is 10 percent of global GDP, or some portion of it, united around carbon removal with permanent storage? We could really do something.”

Tomorrow’s Air is pursuing that goal by planning online Airbnb Experiences tours of a carbon capture plant. And it has partnered with artists who focus on the climate, showcasing their work on its website. It also sells subscriptions starting at $30, of which 80 percent is invested in a carbon removal company; 20 percent funds further educational efforts.

The group is holding its first convention (virtual, of course) today, bringing together what it calls “climate clever travelers and brands” to talk not just about carbon capture, but where to go and how to be a more sustainable traveler, a step in harnessing consumer demand to climate change action.

“It’s practical, it’s affordable and it’s a way to be a part of what will hopefully be a growing traveler’s collective where by eventual size maybe we can take some things to scale,” said Ann Becker, 68, a business and travel consultant living in Chicago and a member of Tomorrow’s Air.

Cameron Diaz Says She’s “Blessed” to Be a Mother, and Has Probably Quit Acting for Good
Entertainment