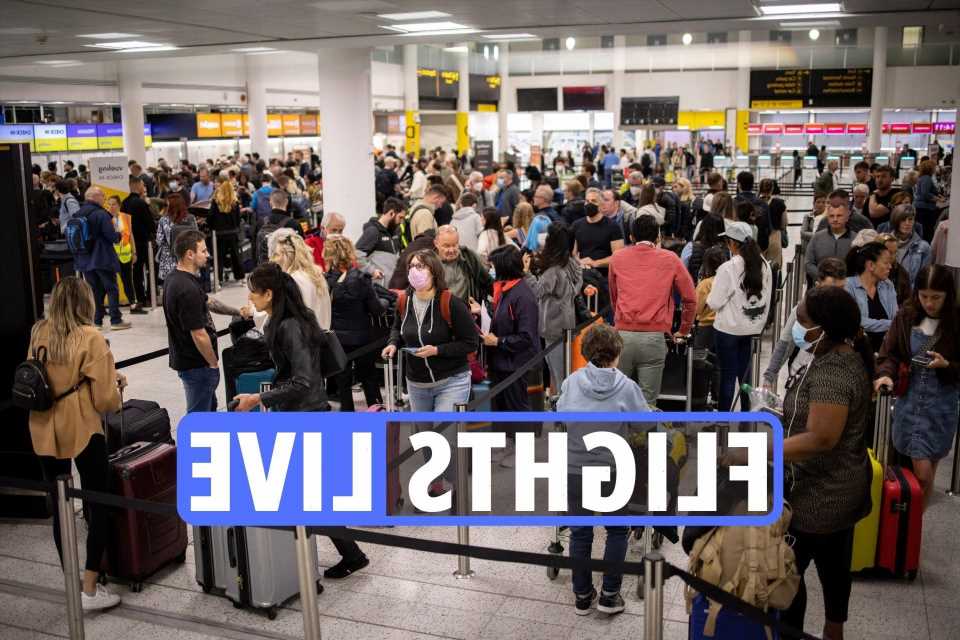 TUI customers have been left furious after days of delays and chaos at airports across the UK this week.

Police were forced to tell exhausted Tui passengers their flight was cancelled after eight-hour delays during the week.

Brits were in tears as two policemen arrived to read a statement from the airline after days of "total carnage" in UK airports.

More than 30,000 Tui passengers due to fly from Manchester Airport alone over the next month will have their holiday plans crushed by the end of today.

The news comes as Spanish air traffic controllers could heap more misery on UK by striking this summer.

Staff will decide whether to announce industrial action at an assembly at the end of June in Barcelona, sources at air traffic controllers’ union USCA have told Spanish press.

Read our TUI cancellations live blog below for the latest updates…

Entrepreneur shares hacks for travelling in luxury on a budget