IT’S hardly a surprise to see someone squeezing themselves into a shiny sports car in glitzy Dubai.

What is unusual is doing it 60 metres underwater. 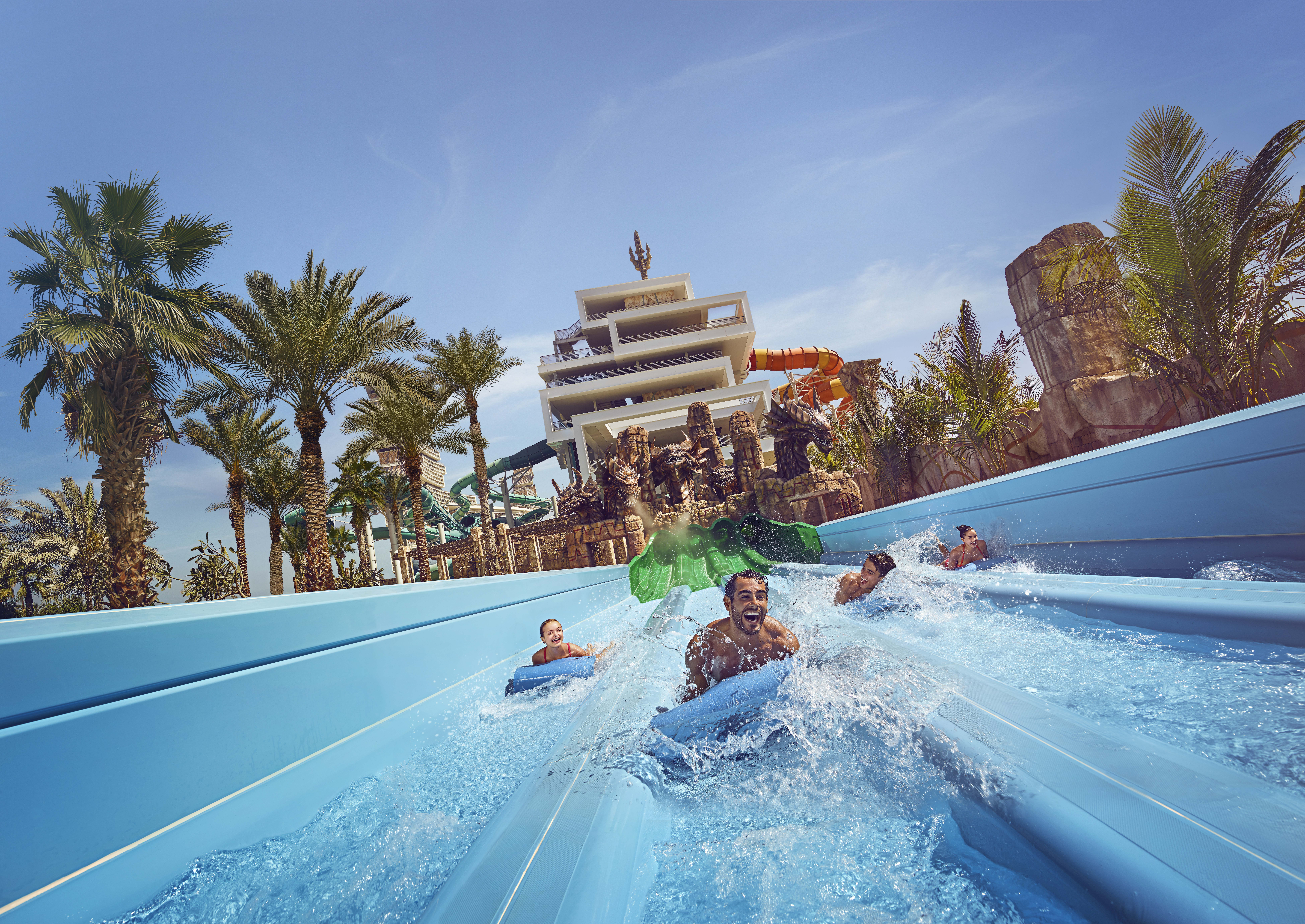 I’m at Deep Dive Dubai, the latest record-breaking attraction to make a splash in the UAE — with the world’s deepest pool, filled with 14million litres of water heated to a cosy 30C.

It is filled with some unusual props for divers to discover, including that crazy car as well as a table-football game and an underwater apartment complete with bookshelves to browse.

After months on the UK red list, Dubai is finally open to British visitors and there are so many new treats.

Gordon Ramsay has just opened his Bread Street Kitchen & Bar at Atlantis, The Palm. (The doughy delights should be treated with caution by anyone who plans on shoehorning themselves into tiny bikinis.) But Dubai’s food scene has also discovered its independent streak.

Take the new Time Out Market Dubai next to the Dubai Mall. Here, to a soundtrack of live music, you can feast on cuisine from 17 carefully selected vendors — whether it’s Pickl, the Dubai burger joint famous for its relishes, or Scoopi, for out-there ice creams including a charcoal variety. This New York loft-inspired space has two bars, too.

Visitors typically make brief forays here to gawp at the Dubai Mall’s aquarium before ascending the Burj Khalifa’s dizzying heights. If you can drag yourself out of bed, the new sunrise viewing sessions are a must.

But I recommend the Dubai Mall’s Infinity Des Lumieres, a new Insta-friendly digital art gallery where images are projected on to every inch of a cathedral-like space.

I take a seat after a two-hour shopping session and am soon lulled into a trance-like state by the swirling images and soothing soundtrack.

For a chance to soak up all that amazing winter sunshine, head to Atlantis, The Palm’s recently expanded Aquaventure water park, where 28 new rides make its oldest ones — including one that streaks through an aquarium — look passé.

Or you could just do as I did and head to Atlantis, The Palm’s White Beach Dubai, a daytime beach club with its own stretch of sand, DJ and infinity pool with semi-submerged sun loungers — which can be rotated depending on whether you want views of the Dubai skyline or the poolside sax player and Atlantis’ famous silhouette. 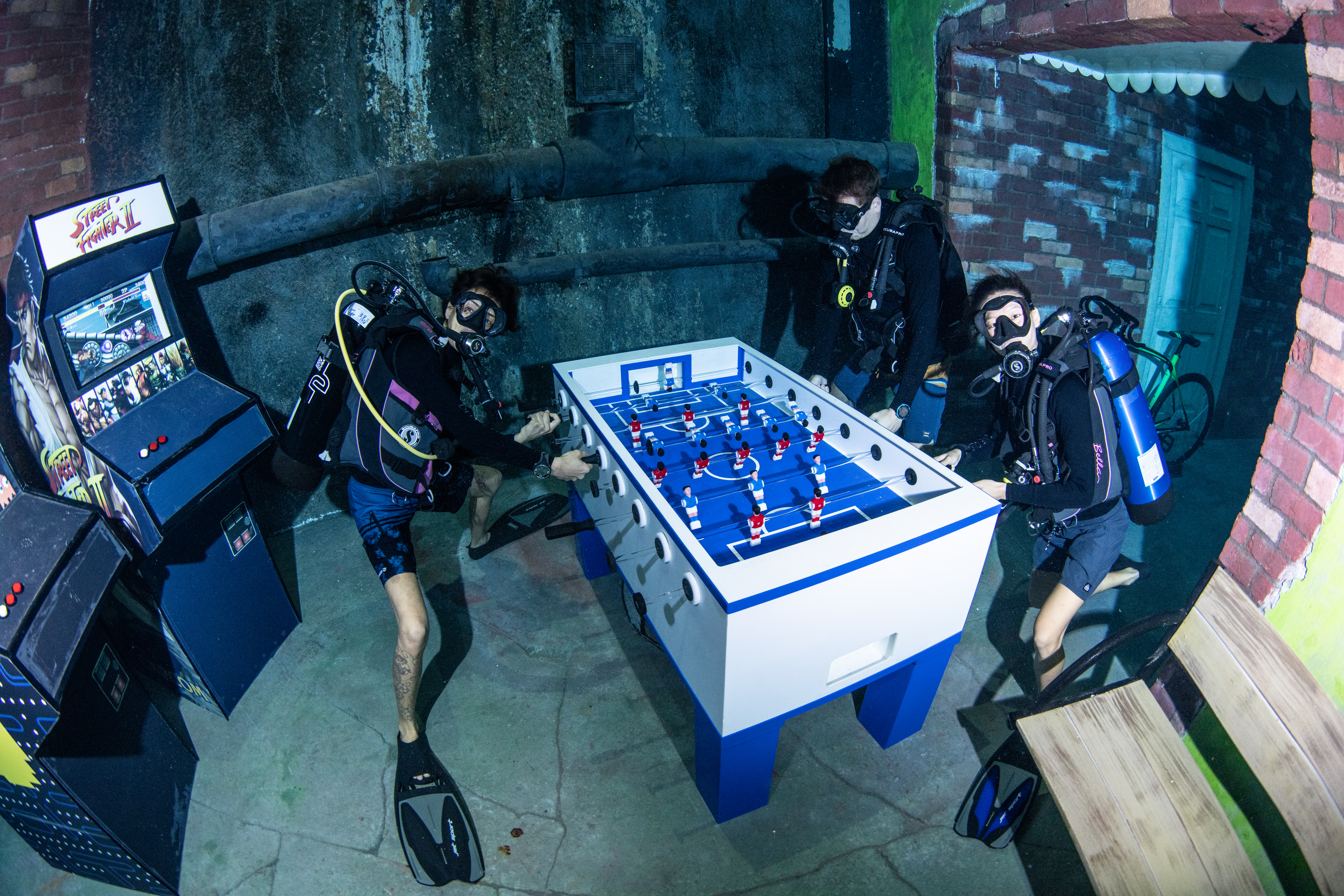 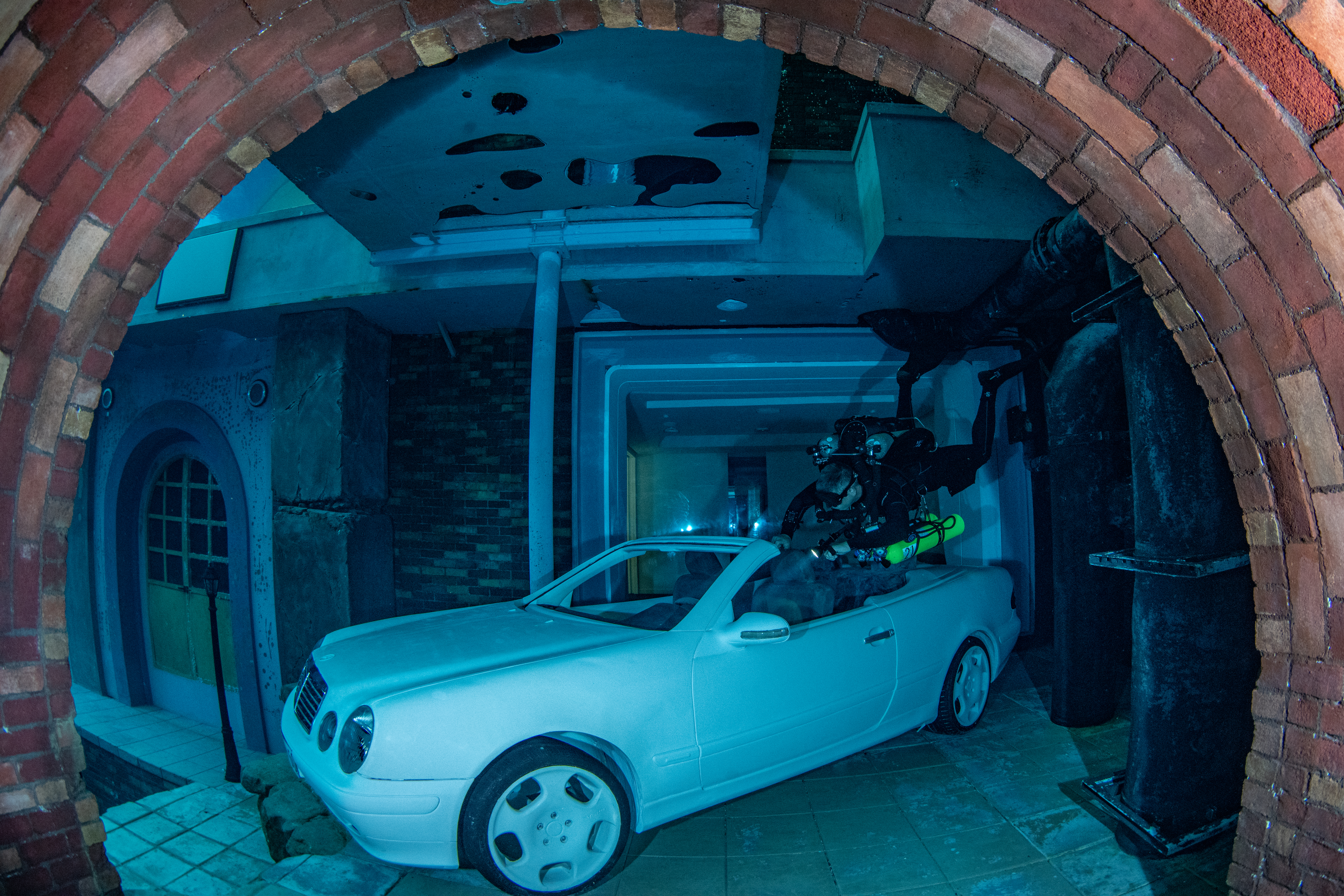 As easy as it would be to stay within the Atlantis bubble, the bright lights of the Palm Jumeirah’s new Pointe area, just across the water, beckon.

This retail and dining complex is doing its best to help the area outshine central Dubai, and a planned shuttle boat service between the Pointe and Atlantis will make it more accessible.

Central Dubai might be famous for its fountains but the Pointe now has the world’s largest — and while the view from the Burj Khalifa is spectacular, I prefer the view of the Palm’s superyacht-lined fronds from the nearby View At The Palm observation deck, atop the Nakheel Mall.

Equally stunning is Dubai’s newest nightspot, Cue at the Sheraton Grand.
Not quite ready for packed, sweaty nightclubs? This might be the solution. Part restaurant, part nightclub, between DJ sets there are Cirque du Soleil-style performances, and there is table service for food and drink.

The sleek, sexy venue is perfect for celebrations and surprisingly affordable — prices start at around £29 for dinner packages. But perhaps avoid the £54,000 bottle of champagne I clocked.

For family fun, head to the recently expanded Bollywood Parks, where you will find the new Legoland Dubai hotel and four other theme parks.

At Bollywood Parks, visitors can ride in a cricket-themed Ferris wheel or brave the Bombay Express, which will become the region’s first wooden rollercoaster when it opens later this year.

I recommend the Bollywood Sky Flyer, the world’s tallest swing ride, and Krrish: Hero’s Flight, a 4D cinema ride which catapults me over Mumbai.
Finding a brilliant base is now easier than ever.

New openings include the DoubleTree by Hilton Dubai M Square Hotel & Residences, near Dubai’s creek, and the Hotel Indigo Dubai Downtown, where its Off The Wall bar serves up some delicious cocktails.

But Dubai’s hottest hotel opening is the Address Beach Resort, which snatched Singapore’s claim to having the world’s highest swimming pool by unveiling one on its 77th floor. 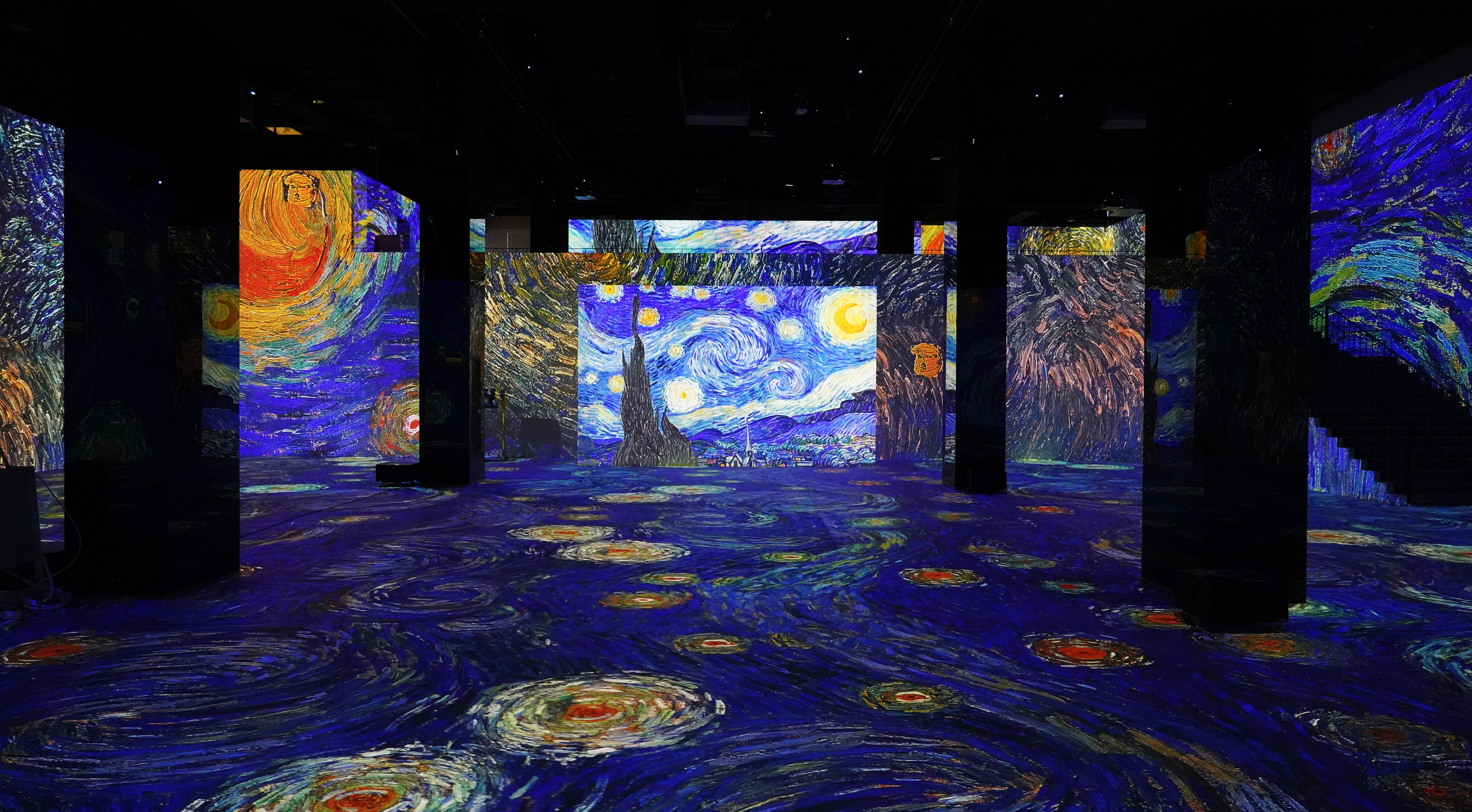 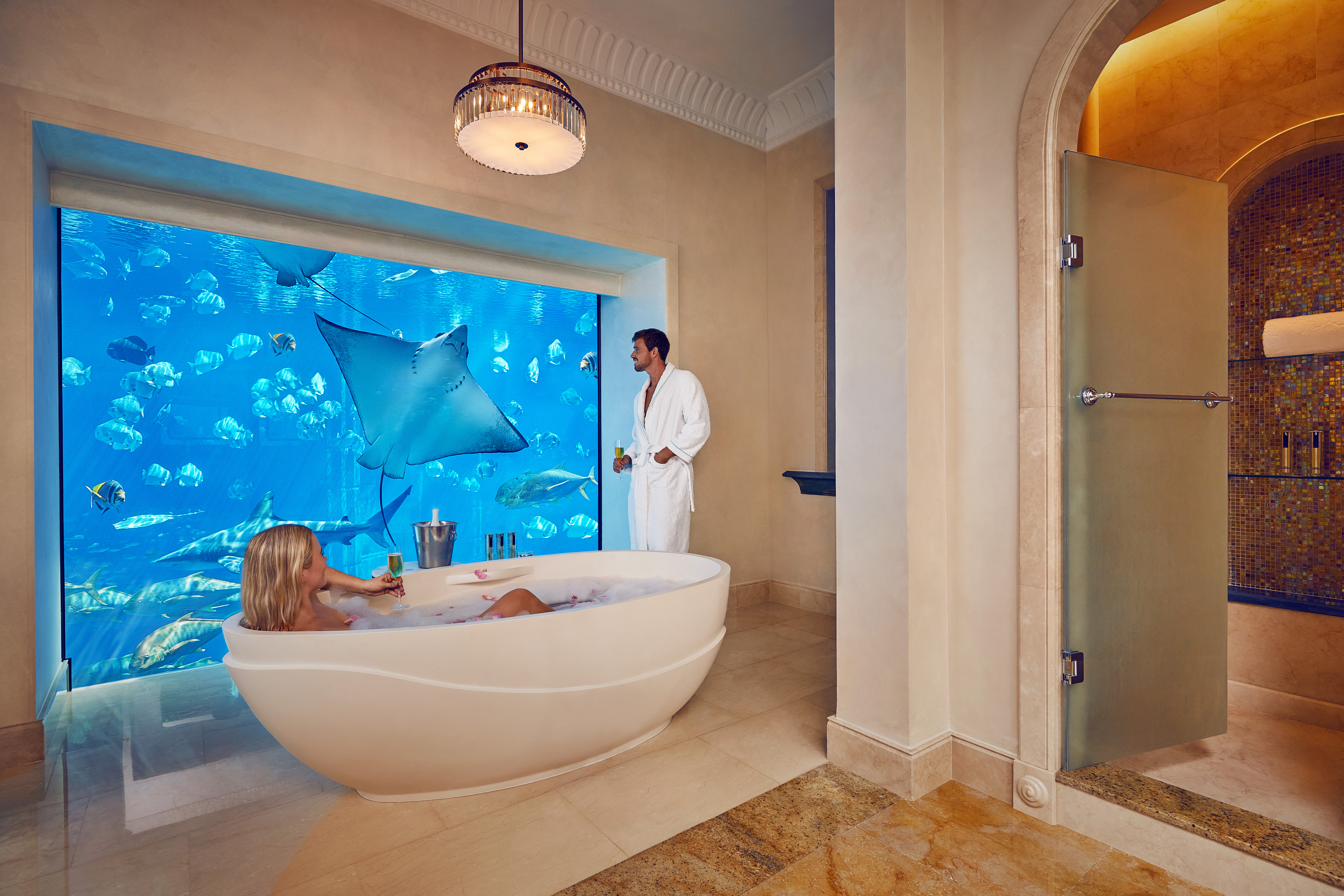 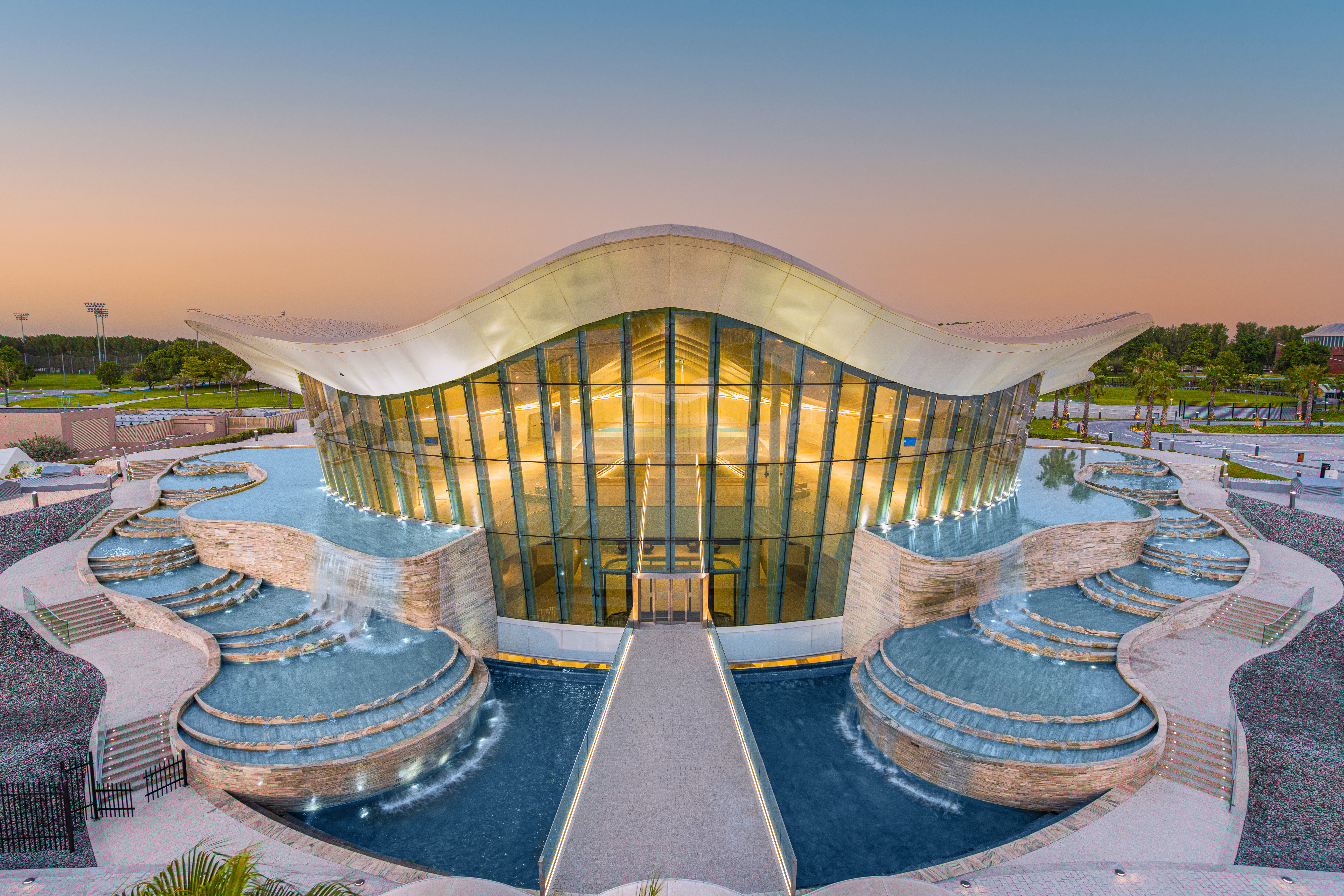 It towers over both the Jumeirah Beach Residence area and Bluewaters Island, home to the only Caesars Palace resort outside Las Vegas.

It’s hard to deny that Dubai does things bigger and better than anywhere else. And there has never been a better time to celebrate this sun-drenched emirate.

Just perhaps not with that £54k bottle of champagne . . . unless you are feeling especially flush.

GETTING THERE: British Airways Holidays has three nights’ half-board at the 5H Atlantis, The Palm from £859pp, travelling on selected dates in June 2022 including return BA flights from Heathrow and 23kg luggage allowance. Find out more and book at britishairways.com/dubai

From Turkey to Portugal, the best value resorts for a week's holiday
Entertainment