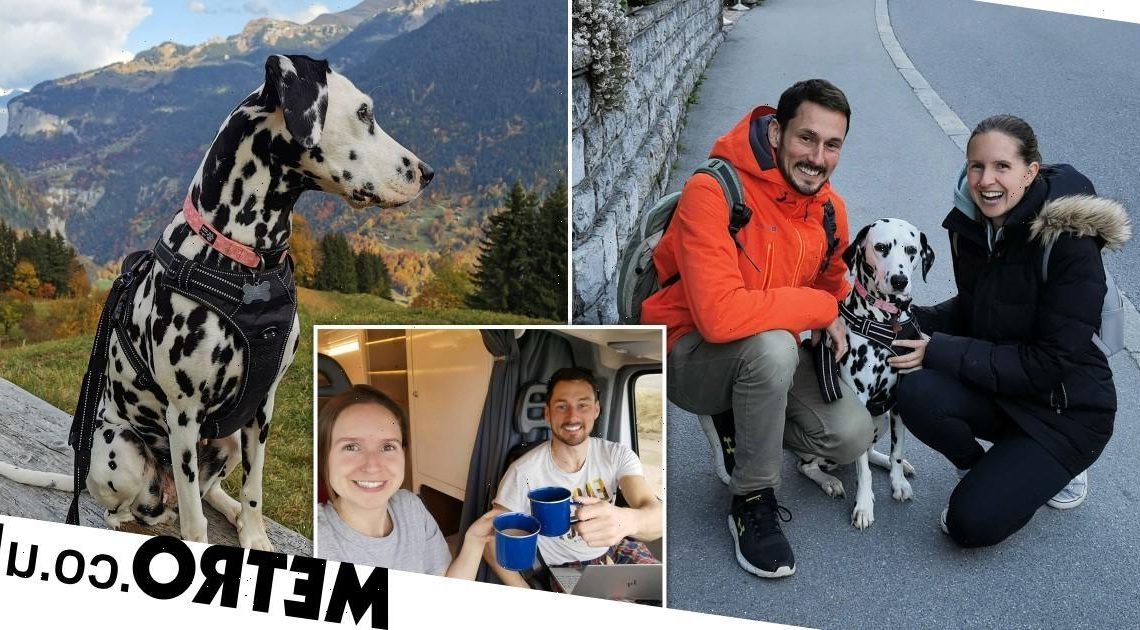 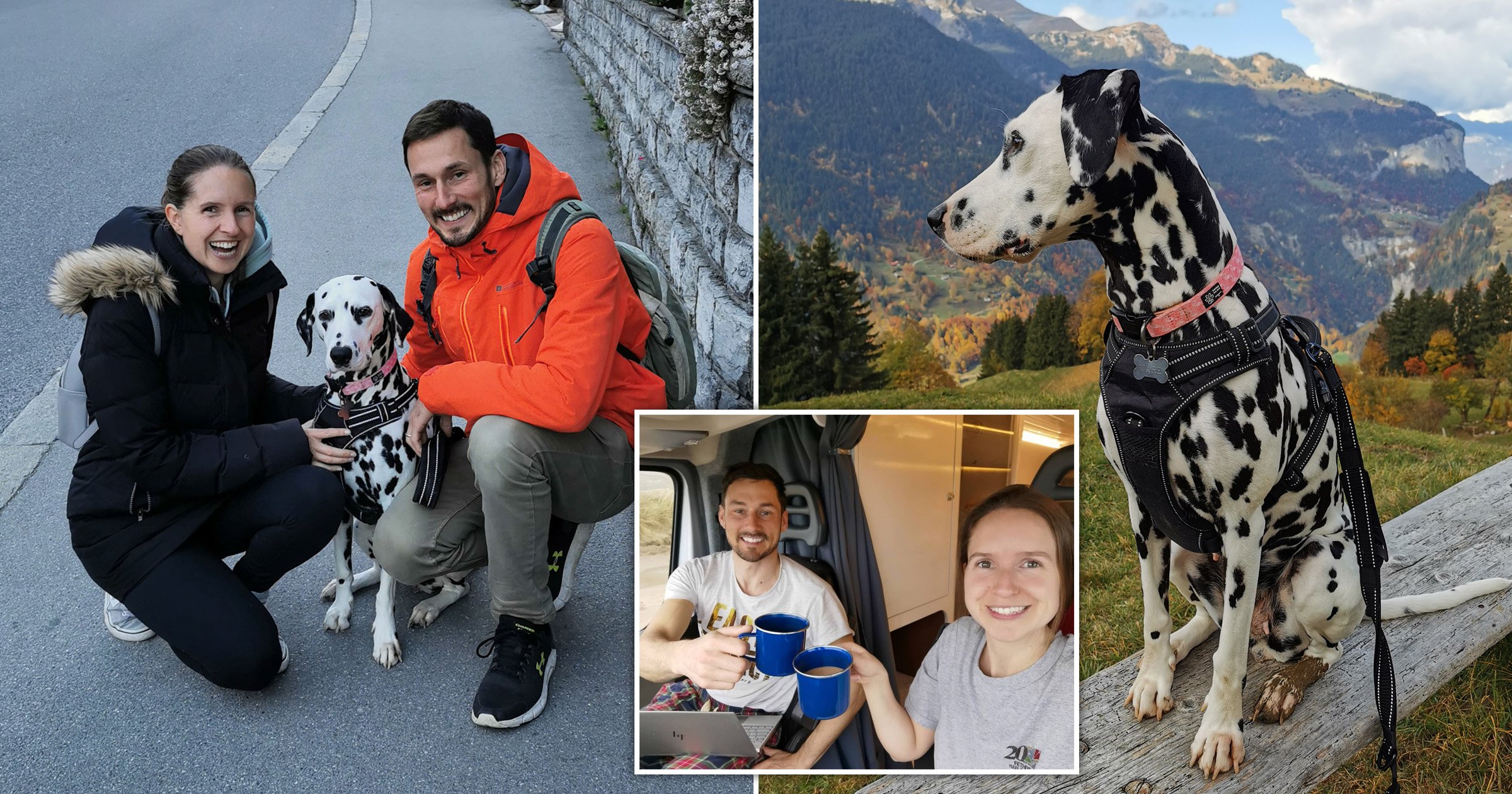 After an alternative to pricey rents or desperately saving for a house deposit?

An old van could be the answer.

Take note from Natasha Ware, 33, and her husband Vinny, who bought a used Peugeot Boxer for just £6,000 from Ebay, spent a further £10,000 doing it up, and are now spending their days travelling around Europe in the perfect home on wheels – along with their dog, Pippa.

Natasha said: ‘It felt so liberating being able to go everywhere and anywhere we like.

‘We had everything we needed in the camper van including our dog.

‘She loved cruising along with us and going for different walks in the Swiss mountains or on a Spanish beach.’

The married couple bought the transport van back in January 2020, and Vinny spent a year transforming it.

The makeover included adding in a kitchen (complete with a hob), a shower, and a portable toilet, along with solar panels and a diesel heater for colder nights.

By October, they were off on an adventure around Europe, driving from their home in Abergele, Wales, to Switzerland, Spain, France, and Italy.

‘Vinny used to be a builder for ten years so he is very handy,’ noted Natasha. ‘He did an amazing job.

‘The van has a pull out double bed but is spacious as there’s only two of us.

‘We didn’t feel cramped at all during our trip – even with Pippa. She had her own bed but mostly stayed in ours.

‘It was amazing waking up daily to different scenery with Pippa by our side. She looked so happy to be with us.’

Pippa has also chased kites in La Manga and sunbathed in Benalmadena, Spain.

Natasha adds: ‘The best thing about travelling in a van was the freedom. We could just get up and go every few days.

‘We were mainly chasing the sun so spent a lot of time in Spain but we did drive through France and spent a day in Italy.’

The couple now let people hire their van so they can share the joy of life on wheels.

‘With everything going on in the world at the moment, people are opting for staycations,’ said Natasha.

‘So we have put the van on multiple sites including Air BnB for £120 per night including insurance.

‘We want other people and dogs to enjoy our quirky mobile home.’