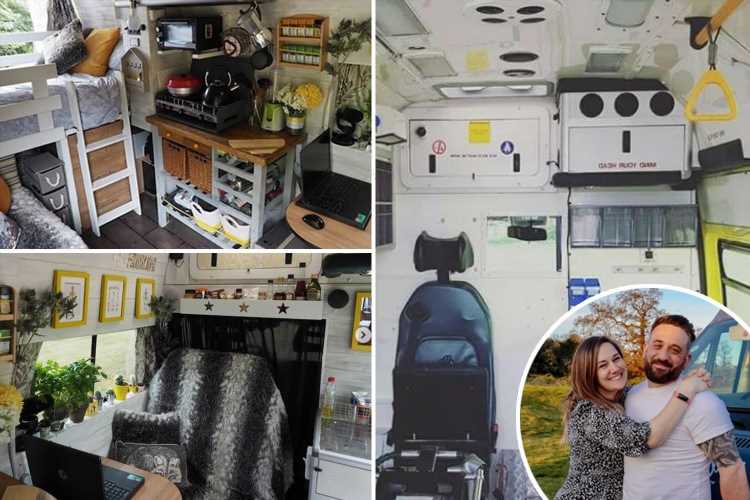 A COUPLE spent just £2,000 converting an old ambulance into their dream holiday home.

Mark Bonito, 42 and Sophie Why, 36, from Surrey, opted to convert it on a budget to drive around Europe and the UK. 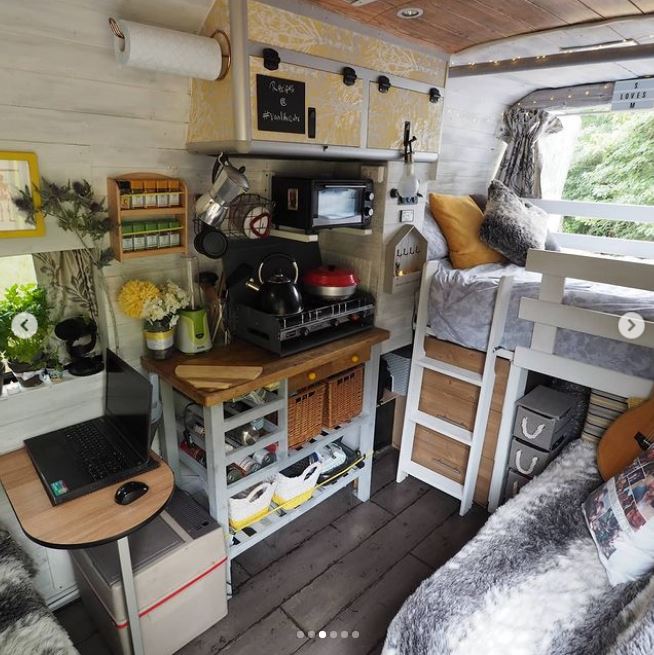 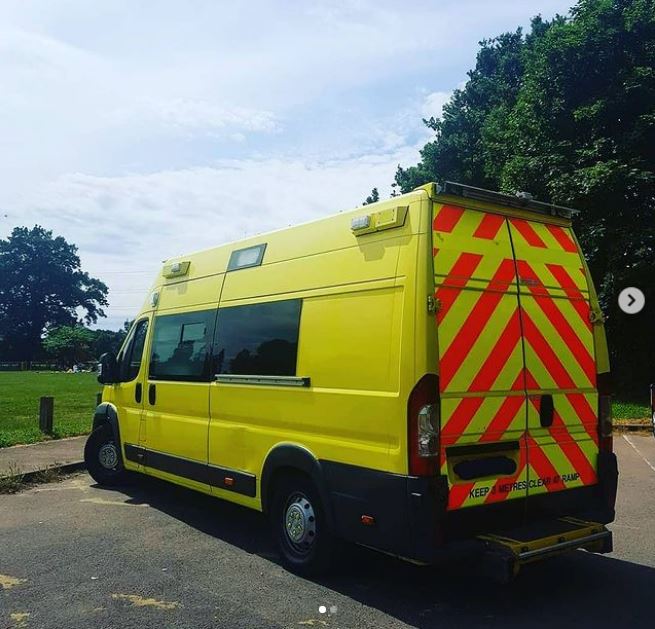 They bought the former ambulance for just £5,000 in May 2019, before deciding to convert it.

The ambulance still had all of the life-saving emergency kits inside, including the stretcher and labelled cupboards including "vomit bowl" and "body bag".

Despite Sophie, who works as a therapeutic radiographer in the NHS, not being keen on the idea of an ex-ambulance, she said she quickly fell in love with it.

She told Sun Online Travel: "When Mark and I first met, he had a standard van which others have.

"However, we have five kids between us from previous relationships so dates were difficult, so he would turn up in his van with a dinner.

"He loves to cook as he is half-Italian but couldn't stand up to cook in the van, so wanted something bigger.

"A lot of people's first reaction was that it was gross – why would you want to sleep in an ambulance?

"But then we thought about it as how many lives had been saved in her, which was a better way of looking at it."

They spent two months renovating it, with Mark doing most of the building while Sophie did painting and decorating alongside her full-time job.

Inside the van, named Florence after Florence Nightingale, is a kitchen with two gas hobs and a fridge, as well as a U-shaped sofa which can be turned into a single or double bed.

There is also a mini desk and a TV, and they added a shower and portapotty as well.

To keep costs down, they reused old furniture and tried to find things for free online.

Sophie explained: "We used loads of reclaimed materials, so we used wood from old beds people gave away, the kitchen unit was being given away on Facebook Marketplace for free, and the sink was £5."

Mark even lives in it full time, as he can remote work in his IT job, while they also run the Vanlife Eats Community, sharing recipes to eat on the road.

She added: "It has been amazing as he can park anywhere having worked from amazing parks and rivers across the UK."

They nearly sold it last year, after Mark fell ill and was forced to live by himself in the van.

However, they decided against it, and plan to go to Wales next summer, with the NC500 route across Scotland on their bucket list – as well as one day doing a trip as a family of seven.

They aren't the only couple to branch into the van list – one couple spent lockdown converting their van into a dream holiday home to travel around France, Italy and Greece.

And one Sun writer was converted to the van life after travelling to Suffolk in one with her family for a staycation. 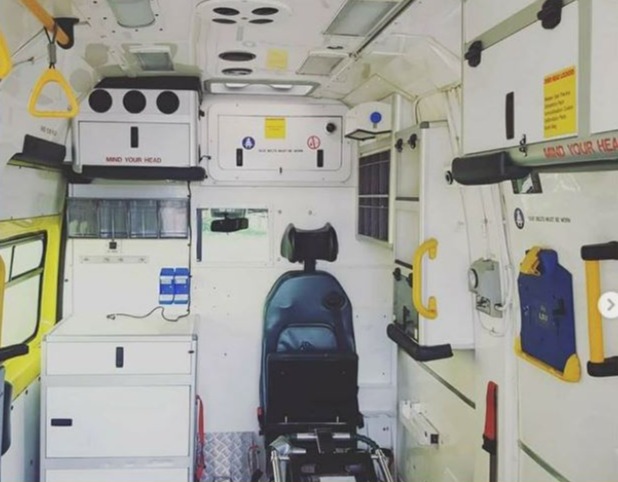 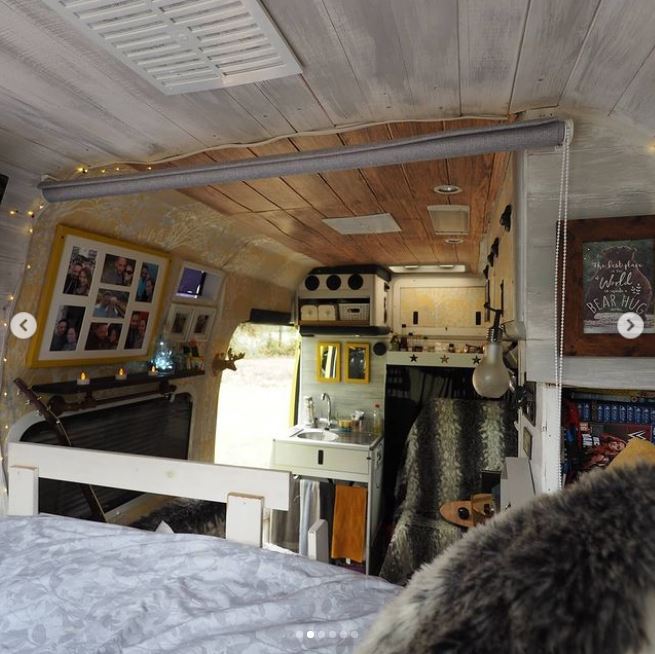 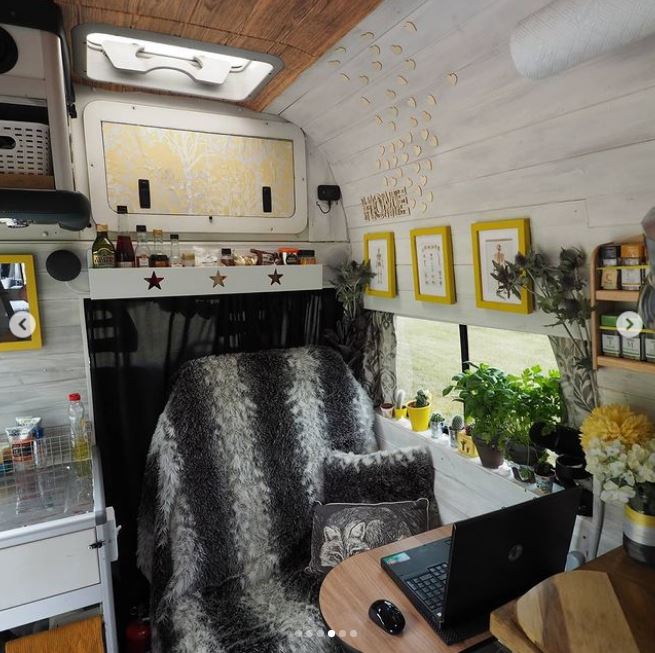 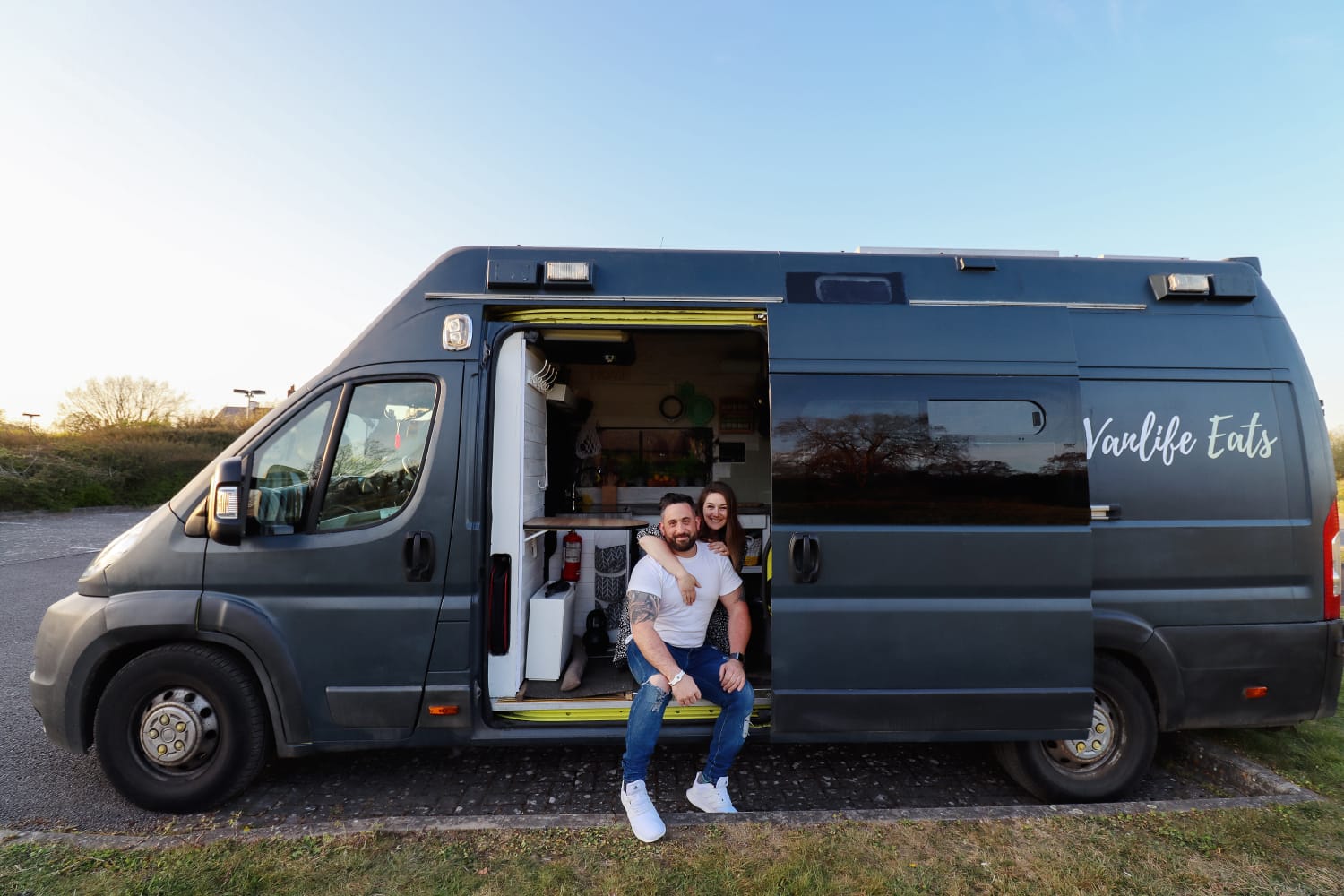 Awakening from My American Dream