A BRITISH couple along with hundreds of other passengers have been left stranded in Australia after being told they couldn't board their cruise ship due to coronavirus fears – despite no symptoms.

Steve Marfleet and his wife Anne paid £5,400 for their 17-day Cunard cruise on the Queen Mary II around Asia and Australia. 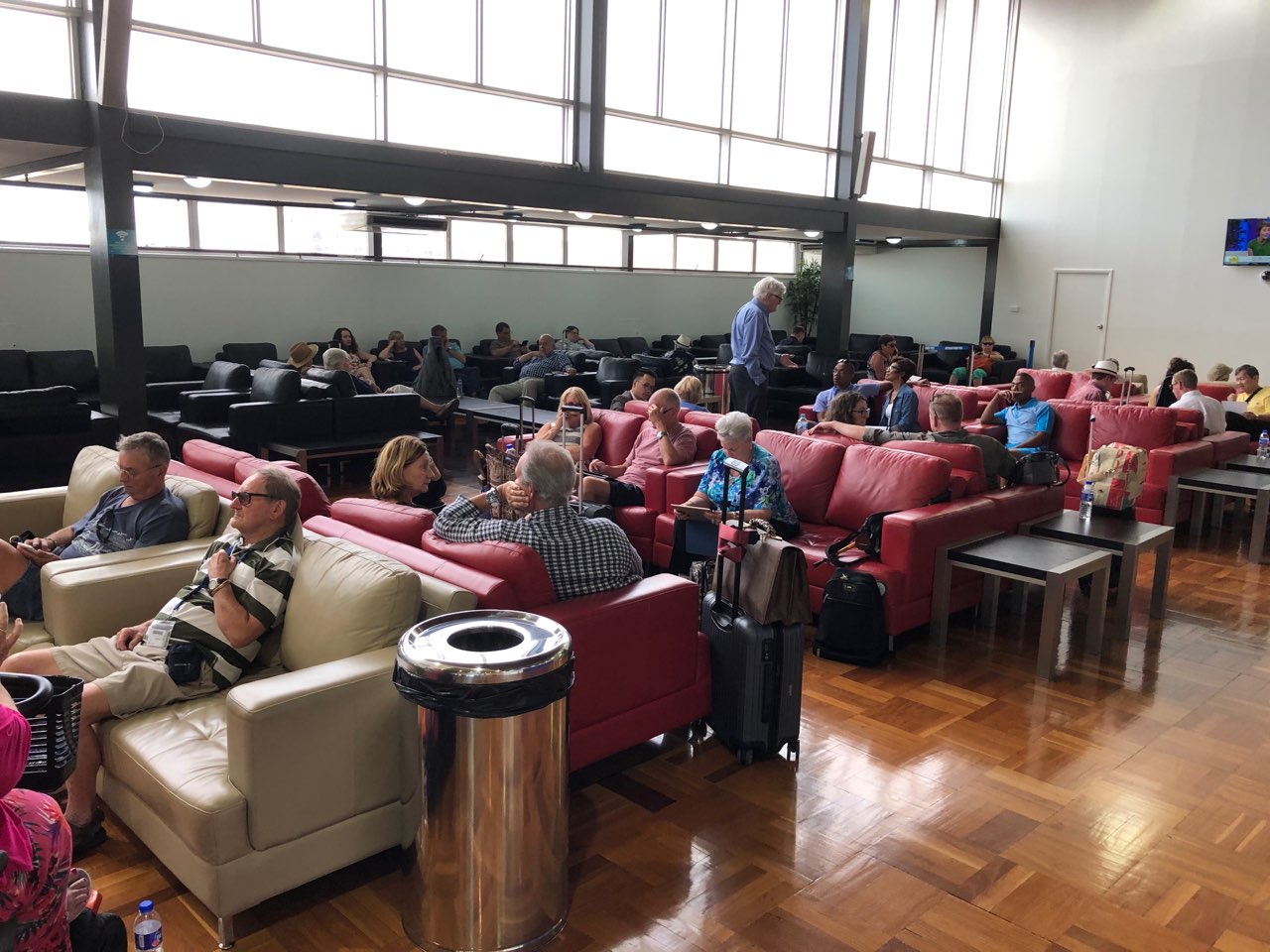 The couple, from Colchester in Essex, booked the "once in a lifetime trip" together only to face problems from the beginning when the cruise ship cancelled stops in Singapore and Hong Kong.

Steve told Sun Online Travel: "We were originally going to go on the cruise from Hong Kong but we were told they were not stopping there anymore due to coronavirus and instead was going to Singapore.

"So we aborted our flights and switched to Singapore. We were then told a week before that it had changed again and the ship would only go to Perth."

Steve said they then changed their flights to go from the UK to Perth via Singapore, with it being the only choice of route left.

He said: "We were told it was perfectly okay to go through Singapore but we would be screened upon arrival at the airport which we were happy to do.

"We checked the Cunard website in the morning and afternoon to see their advice for travelling through Singapore but they didn't change anything and it was fine."

The couple then stayed in the airport for five hours after landing and deliberately didn't go outside to avoid any problems. 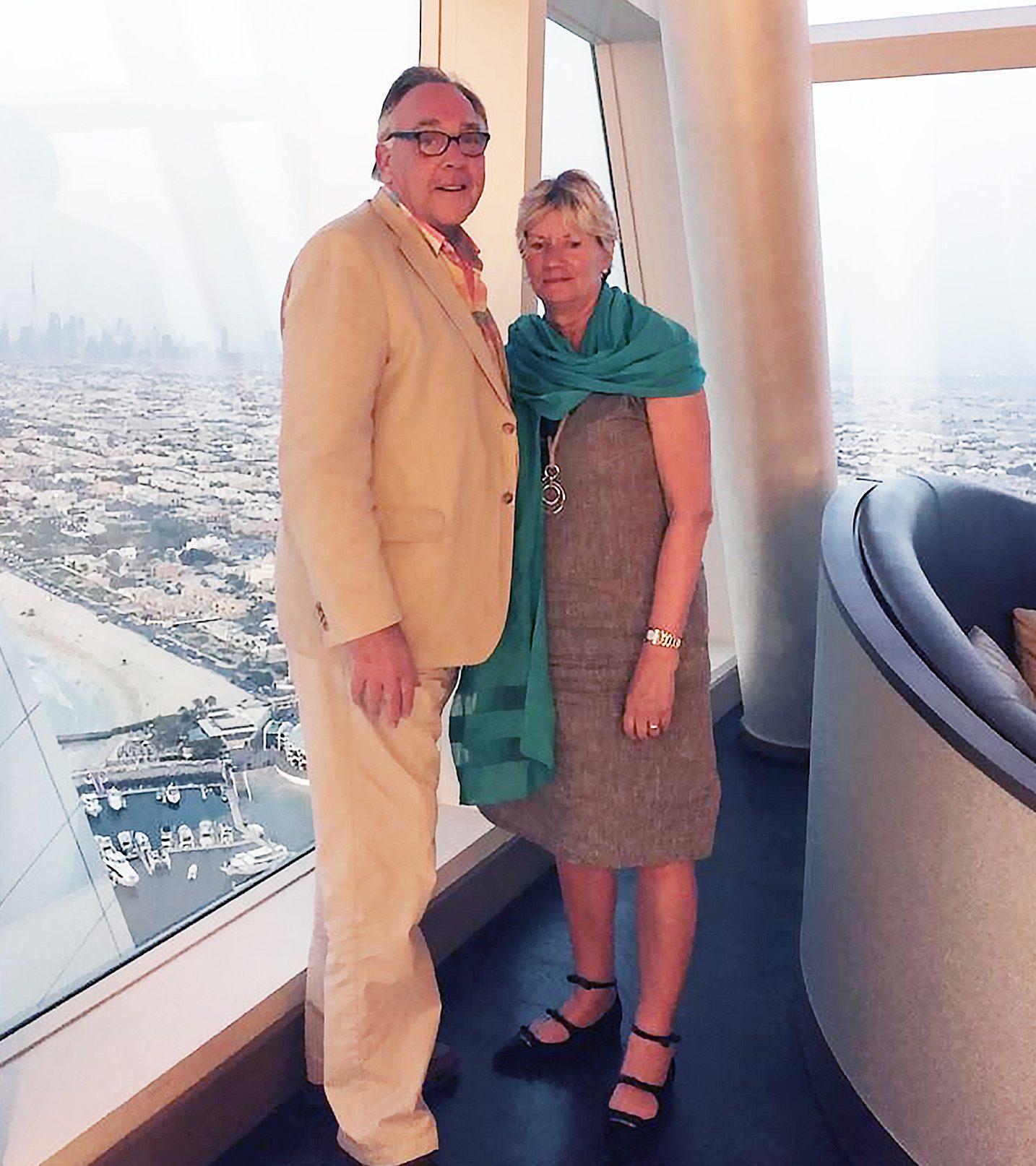 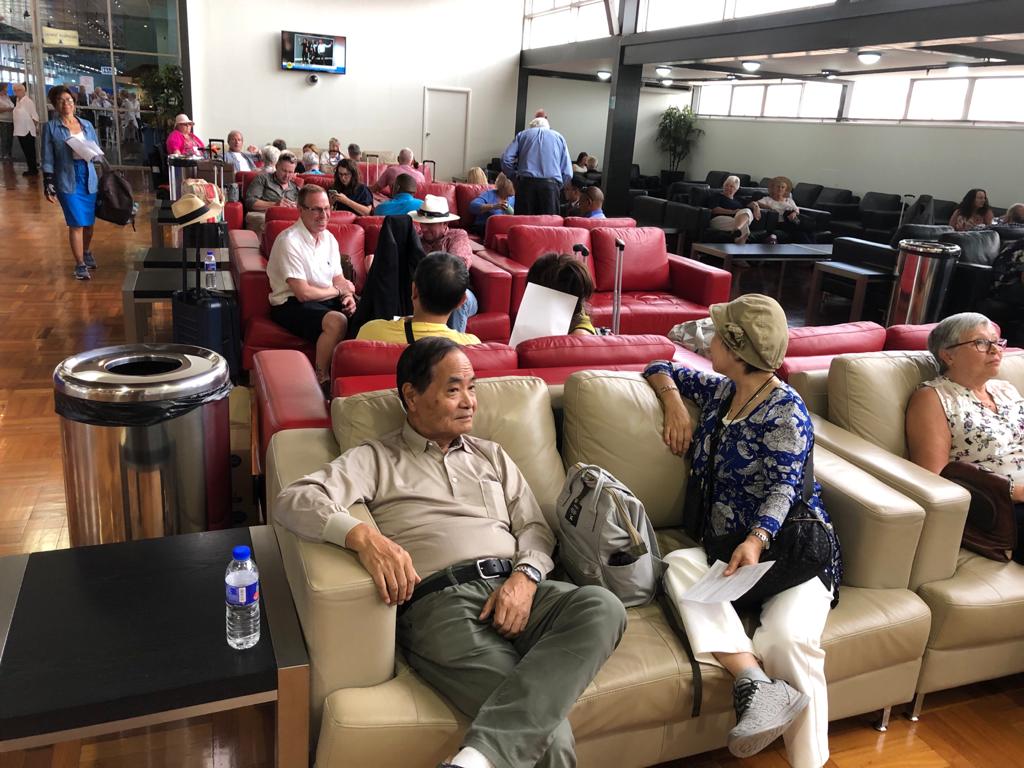 However, after arriving in Perth, they found out they wouldn't be boarding their cruise at all.

Steve explained: "We arrived at Perth at 5:30am and we hadn't booked to go on the boat until 2pm.

"We got a taxi to the cruise terminal where we were put in a waiting room with other passengers from the ship before us.

"After waiting, we were screened by doctors and told to tick a box if we had travelled through Singapore, which we did."

Despite both having clear test results, with normal temperatures and no cold or cough symptoms, they were then told that they wouldn't be boarding the ship due to flying through Singapore.

He continued: "I asked why after they said we could before, but they said 'company rules had changed".

"The situation got worse as it was 33 degrees outside, and around 120 people were denied access to the cruise who were all coming inside the waiting area."

Steve said they were left in the lurch by Cunard, with no senior officers or captains around and just junior staff who had no idea what was going on.

It was only after hours of trying to find out what would happen next that Steve complained, and he eventually spoke to an officer. 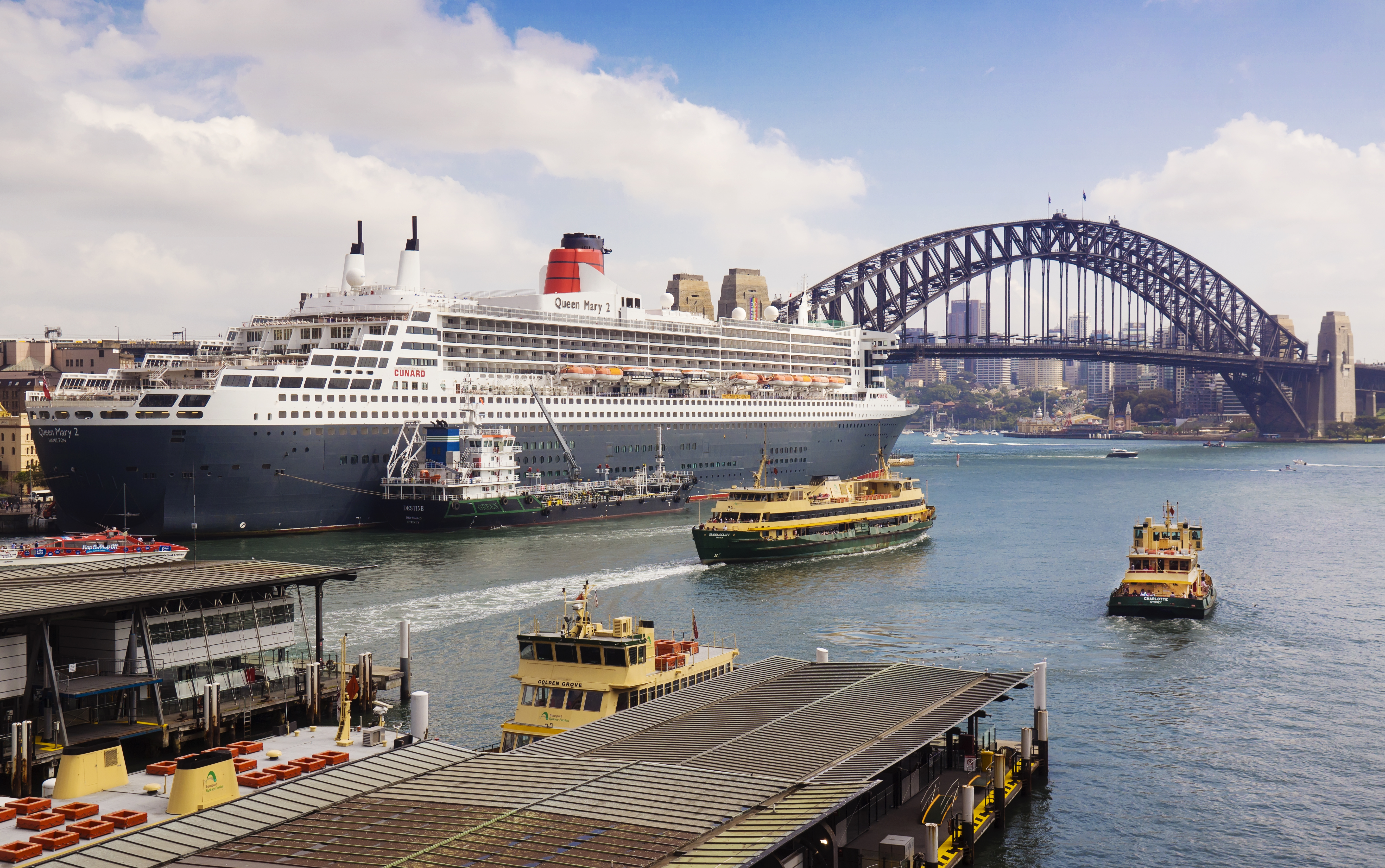 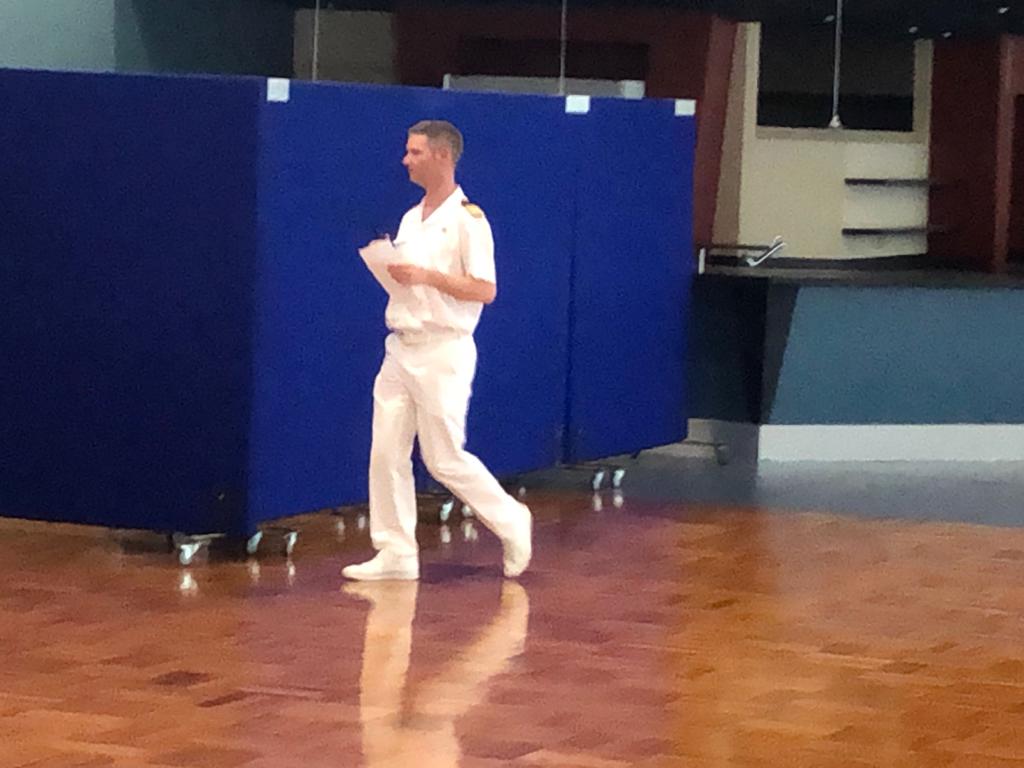 They eventually booked hotels for everyone who had been affected by the ban.

However, Steve said the problem was how it was handled – and that they had no idea how to deal with the virus.

He said: "They decided they wouldn't expose anyone to oncoming passengers – but we were still mixing and mingling with passengers who had been on the ship around Australia in the day.

"The doctor also had no mask on despite greeting potential carriers, who would then get on board the ship themselves so it seemed ridiculous."

The ship has since sailed without the passengers on board, who have been left in the hotels in Perth.

Steve said that while he was eventually called by Cunard, who apologised as well as said they would be reimbursed for any hotel stays and their cruise, he felt it was badly managed.

He said: "People were stunned. Some people had travelled all around the world to get there. They were sitting there tired and exhausted.

"I was not going to let these people get away with it, treating people so badly. The other passengers were thanking me for trying to do something about it.

"This was a once in a lifetime holiday for us, and we've been left disappointed and appalled as we have been looking forward to it for months." 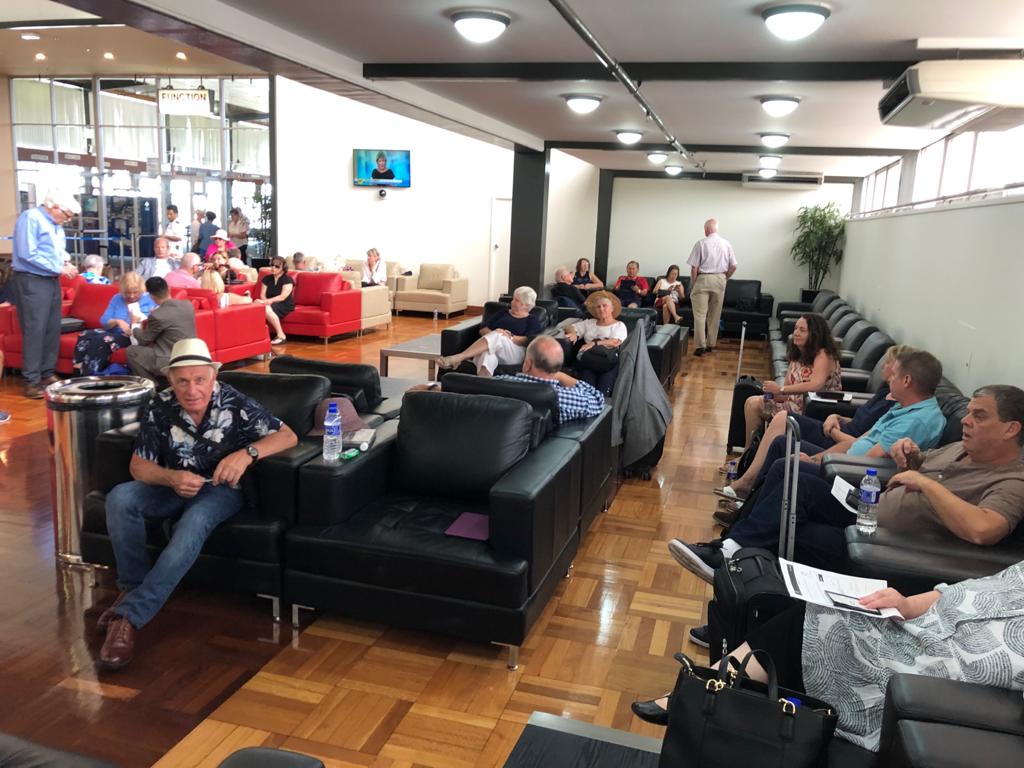 He said they are now going to have to pay for new flights to Sydney, where the cruise was meant to end up, two weeks early to see friends.

They are also still waiting for their refund for the cruise and hotel costs.

A Cunard spokesperson said they were unable to comment on individual passenger cases.

A statement on their website says: "The health and safety of our guests and crew is of utmost importance to us and we continue to closely monitor and assess the dynamic and evolving Coronavirus (COVID-19) situation.

"It remains the case that any guests or crew who have travelled from or through mainland China, Hong Kong and Macau within 14 days of embarkation will not be permitted to board our ships.

"We are aware of an increasing number of Indian and Pacific Ocean ports of call denying entry for those who have travelled from or through (including airport transits) Singapore, Taiwan, Thailand, Japan, Republic of Korea, or Malaysia.

"Those guests who have travelled from or through these countries within 14 days before embarkation will be subject to enhanced pre-boarding screening, to manage this risk."

A Diamond Princess cruise ship has been stranded in Japan since February 3 with 74 Brits stuck on the coronavirus-hit ship.

Experts have said that keeping passengers on the ship is the worst thing to do and is making it spread more.