Home » Travel » Celebrate with pride: Visit these sites where LGBTQ history was made 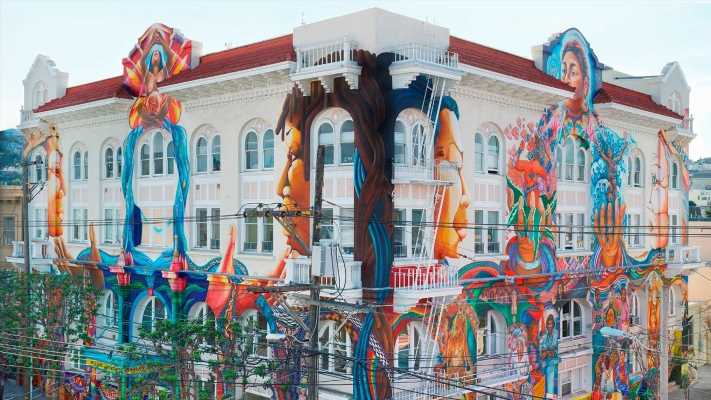 Celebrate with pride: Visit these sites where LGBTQ history was made

This nation celebrates Pride Month every June to mark the anniversary of New York’s Stonewall riots, a seminal moment in LGBTQ history.

In 2020, the coronavirus pandemic shifted celebrations to a virtual platform, but this year, as COVID-19 restrictions are lifted and more Americans become vaccinated, some 2021 celebrations are back with a blend of virtual and in-person events.

Megan Springate says notable LGBTQ heritage sites are found across the country: “LGBTQ history is American history. It’s in every community.” People can visit these sites any time of year, not just for Pride.

Springate, a former National Park Service employee and now director of engagement at the America 250 Foundation. helped produce a study documenting hundreds of significant places and shared some favorites with USA TODAY.

Shop Pride: 40 brands that are giving back for Pride Month 2021

Pride is back in 2021: Here’s how to celebrate with parades, in-person and online events

A turning point in LGBTQ rights came in 1969, when New York police raided the Stonewall Inn gay bar and sparked street protests in the surrounding Greenwich Village neighborhood. “Stonewall was a real watershed moment,” Springate says. Today it’s a National Monument and visitors can get their National Park Service Passport stamped at the original bar. nps.gov/ston

This 19th century building hosted one of the modern world’s first same-sex weddings in 1975 after a defiant county clerk issued a marriage license to a gay couple. But local officials refused to recognize the union until 2016. “Ultimately, their marriage was affirmed, and the government eventually apologized,” Springate says. fusden.org

Five years ago, the Pulse nightclub was the site of a mass shooting, considered the deadliest targeted murder in LGBTQ history, Springate says. Ultimately, the violence claimed 49 lives. The nightclub site now has an interim memorial, with plans to build a permanent monument and museum. onepulsefoundation.org