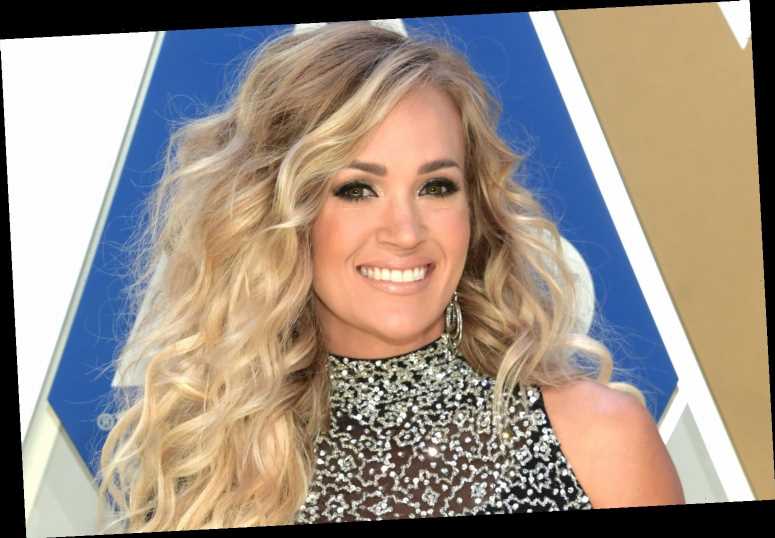 Carrie Underwood is bringing her gospel album, My Savior, to life with a virtual concert on Easter Sunday.

On Monday, the Grammy-winning artist announced she will perform her new album, out Friday, during a virtual concert performance entitled My Savior: Live From The Ryman.

The concert will be streamed from the Ryman Auditorium in Nashville, Tennessee, also known around the world as the "Mother Church of Country Music," according to a press release.

The singer, 38, will perform the gospel hymns she grew up singing for the special event, which will stream live globally on her official Facebook page at 11 a.m. CT on April 4.

Gospel legend Buddy Green and 10-time CMA Musician of the Year Mac McAnally, who both played on My Savior, will also appear with Underwood.

The free event, which will remain exclusively on Facebook for 48 hours, will benefit Save the Children, a nonprofit that works in over 100 countries to ensure that children grow up healthy, educated and safe.

"This is an album I have always wanted to record and I'm thrilled to be able to bring these uplifting, inspirational songs to life in this special way," Underwood said in a press release. "It means so much to be able to bring this event to people in their homes on a day that holds so much meaning for us spiritually and to be able to raise much needed funds and awareness for the incredible work of Save the Children as we celebrate the importance of family."

"There are several songs I have performed in the past, like 'Softly and Tenderly,' 'How Great Thou Art' and 'Amazing Grace' that mean so much to me and I knew immediately we needed to record for the album," Underwood continued. "This music shaped who I am as a person and is the foundation of my career as a recording artist.  I feel so blessed to get to share these songs with generations of people who love them as I do, as well as others who might be experiencing them for the first time."

Back in December, on Christmas Day, Underwood initially announced that she would be releasing My Savior in an Instagram post shared with her fans.

Underwood previously released My Gift — her first-ever Christmas album — in October. "It's been a long time coming," the "Before He Cheats" crooner said in a press release at the time.

In January, Underwood told PEOPLE she wanted to release the gospel album as a way to spread positivity.

"Last year was a tough year for everybody, and I think just wanting to be positive in this world and sing these songs that bring me so much joy, hopefully, others can be like that as well and these songs can bring others joy," she said. "That goes back with everything that I do … I just want to do positive things."