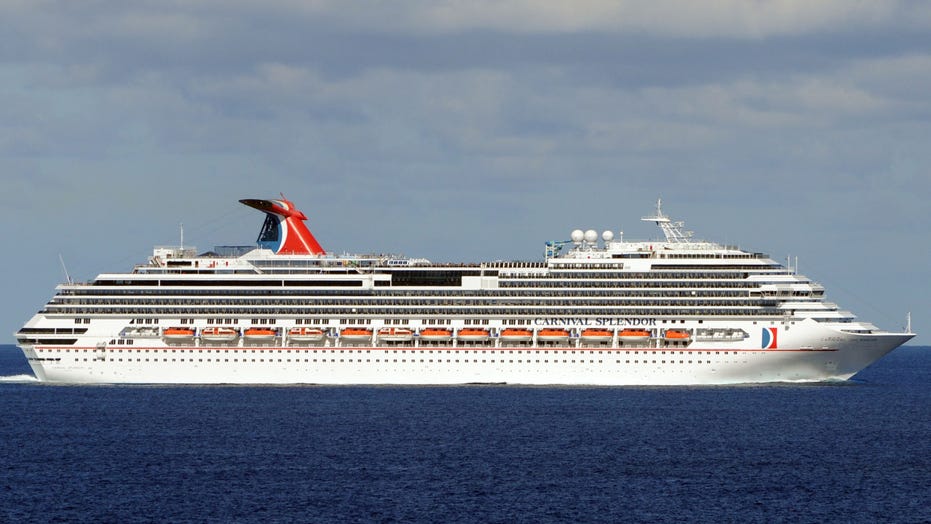 Fox News Flash top headlines for May 21 are here. Check out what’s clicking on Foxnews.com

Passengers reportedly watched as a man desperately tried to swim back to their cruise ship after possibly going overboard on purpose.

The incident occurred on Saturday morning near San Juan, Puerto Rico. The man was traveling on the Carnival Fascination ship and was successfully rescued from the waters. According to a statement from a spokesperson for Carnival, the man jumped overboard, although it's unclear what prompted this action.

A spokesperson for Carnival Cruise Lines told Fox News, “At approximately 8 am Saturday, May 18, Carnival Fascination crew rescued a guest who had jumped overboard from Deck 10.  Crew and guests witnessed this event and quickly alerted the bridge. The ship’s captain promptly returned to the location and a lifeboat was deployed with essential personnel. The guest was quickly brought back on board. He is in good condition and was evaluated by the ship’s medical team.”

Someone claiming to be a passenger on the ship posted a photo of the rescue to Twitter with the caption, “today at sea – Man Overboard- something you never want to hear on a cruise. A rescue followed, thankfully. This picture I took from my balcony.”

This news comes on the heels of another rescue operation by a Carnival Cruise Lines ship. On Monday, the cruise line announced that one of their ships, the Carnival Paradise, saved a man after he sent out a distress call because his boat was taking on water.

The sailor was picked up 13 miles north of Cozumel, Mexico, where the Carnival Paradise had just departed. “Carnival Paradise reversed course and lowered a rescue boat, brought the mariner onboard and provided food, water and medical treatment,” a spokesperson for Carnival said to Fox News in a statement.