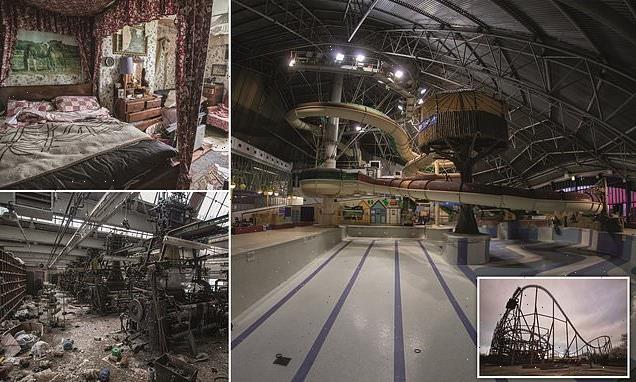 The mesmerising qualities of decay and neglect are brought to light in these haunting photos.

They are by Yorkshire-based photographer Simon Sugden, who delved into derelict buildings across the UK and documented his finds in a new tome titled Abandoned Britain, published by Amberley Books. While the buildings he captured have been left empty, ‘often to gently decay and rot’, the publisher notes that ‘a ghostly presence of their previous life remains’.

The fascinating coffee table book offers an ‘evocative’ glimpse into a spread of forgotten places, from a waterless swimming pool in Merseyside to a rusting theme park in Lancashire and from a disused but still fully furnished farmhouse in Yorkshire to an ‘aircraft graveyard’ filled with planes collected by a former Spitfire pilot.

Tim Sanders, from the Royal Photographic Society, penned a foreword for the book in which he outlines some of the obstacles Simon faced when photographing such off-grid spots, pointing out that he sometimes worked in ‘vermin-infested, dusty, guano-soiled environments’ that required him to wear breathing apparatus.

But the toil bore fruit. Sanders adds: ‘I am sure many of the buildings appear dismal and disintegrating at first sight, but they are transformed under Simon’s lens to be evocative and atmospheric. Simon has given these buildings a new life in this book, preserving a tangible visual record for present and future generations.’ 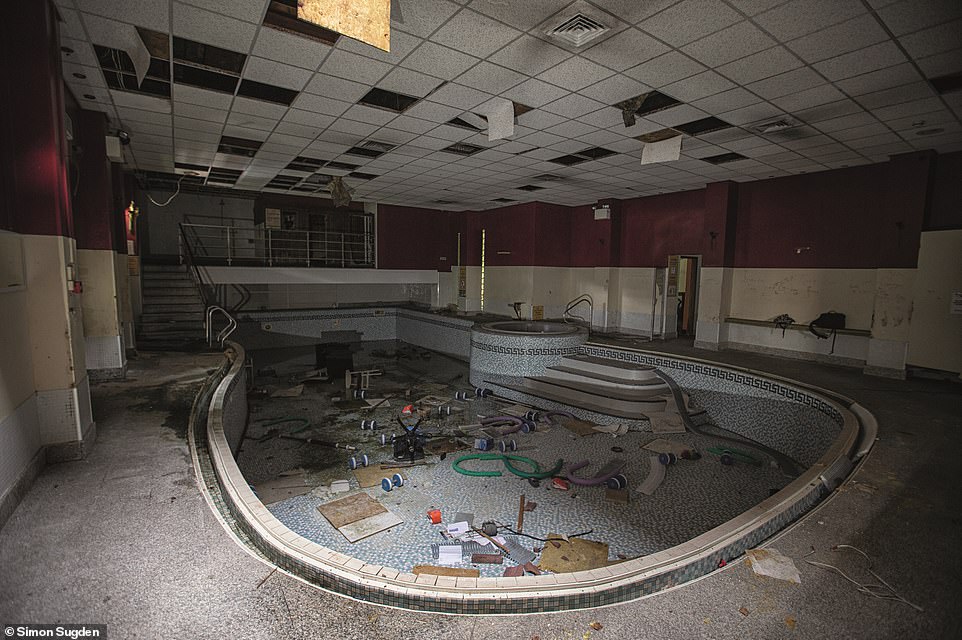 Simon, who captures the ‘unique beauty’ of deserted buildings and structures in Britain, discovered this waterless pool in an empty spa in Merseyside 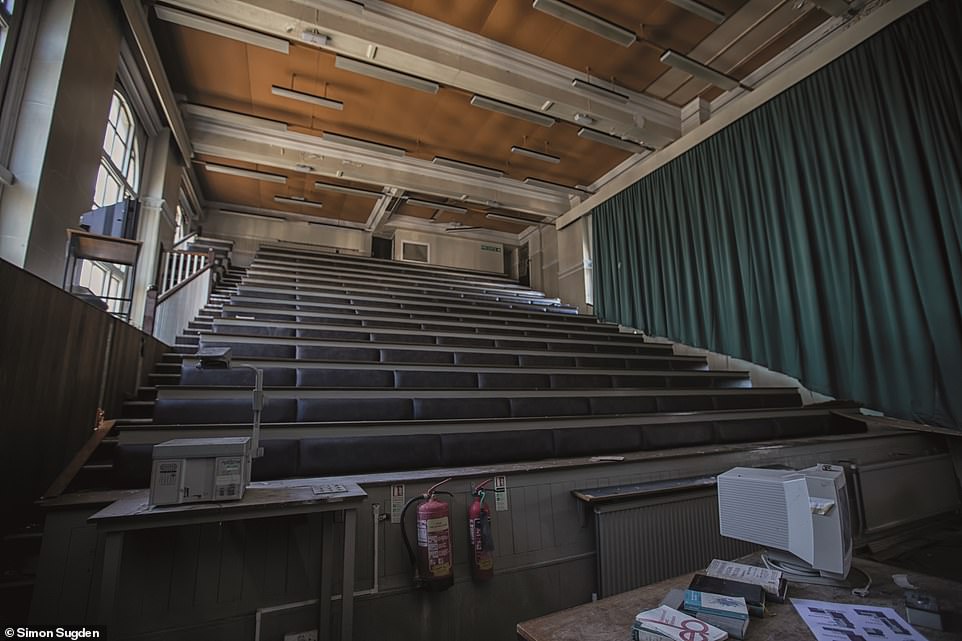 In the foreword, Sanders says of Simon’s work: ‘In short, Simon has given these buildings a new life in this book, preserving a tangible visual record for present and future generations.’ Above is a disused university lecture theatre the photographer explored 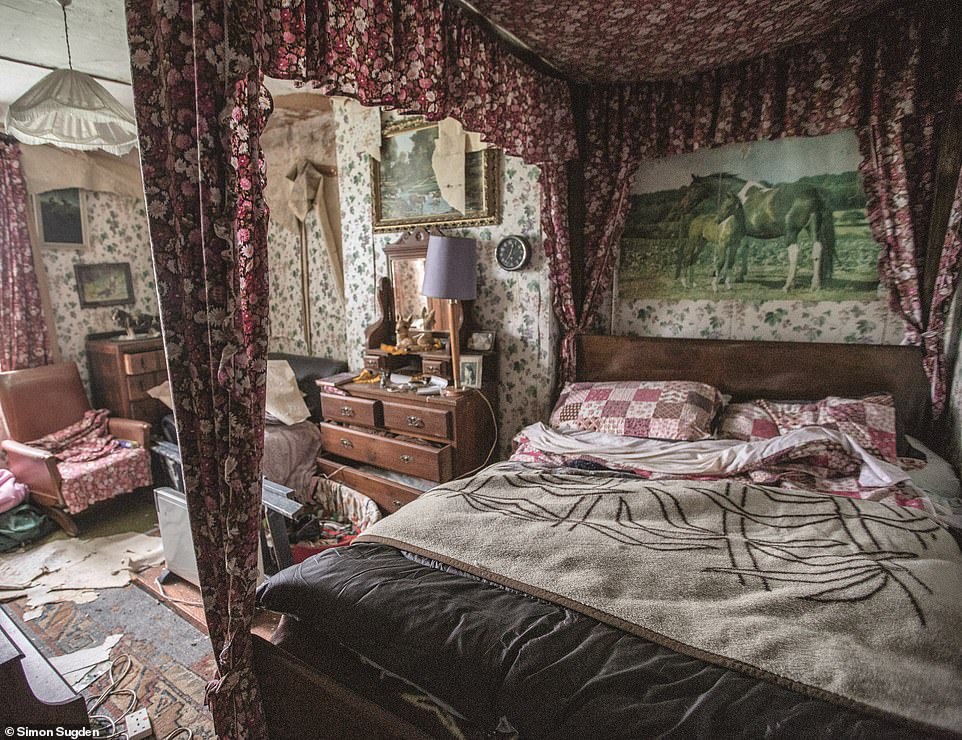 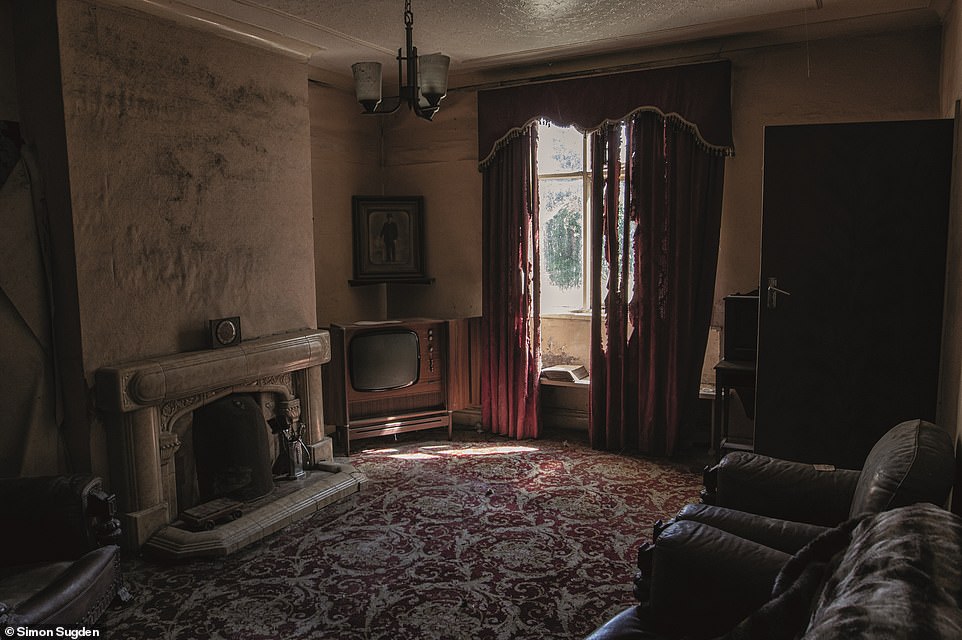 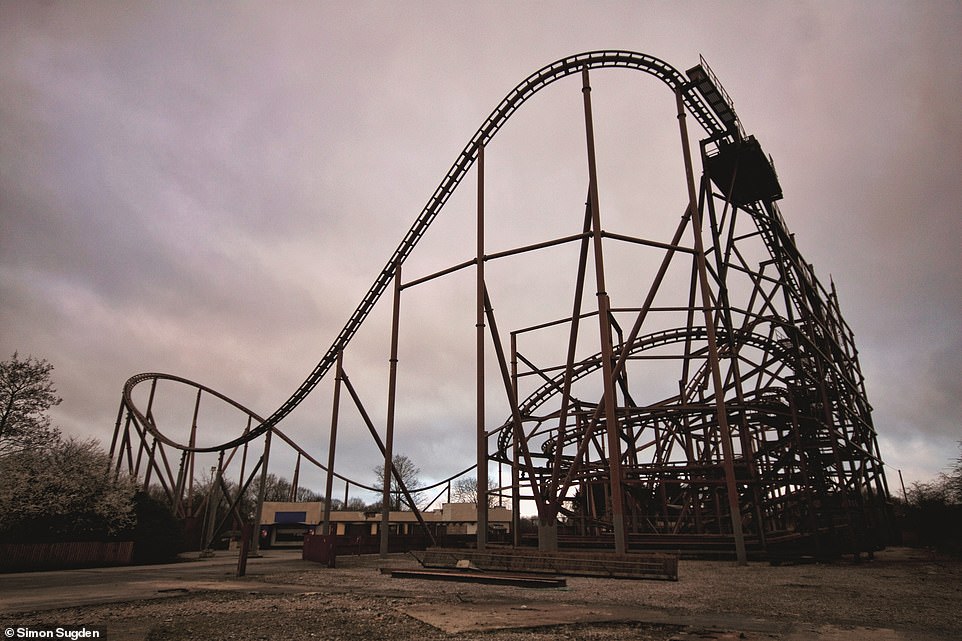 The ‘Knightmare’ roller coaster in the closed-down Camelot theme park in Chorley, Lancashire 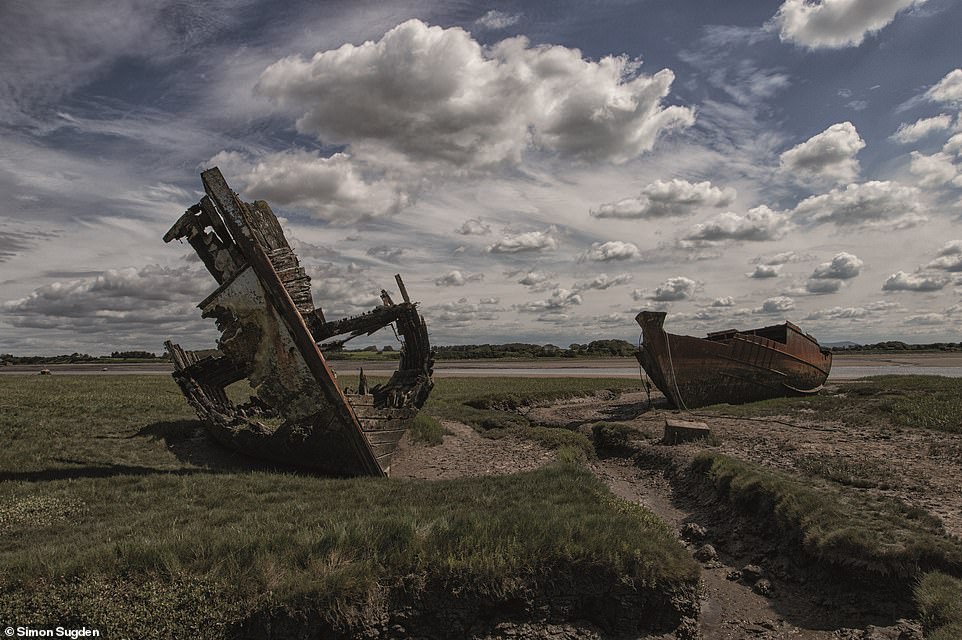 Two wrecks of old boats in Fleetwood, a coastal town in Lancashire 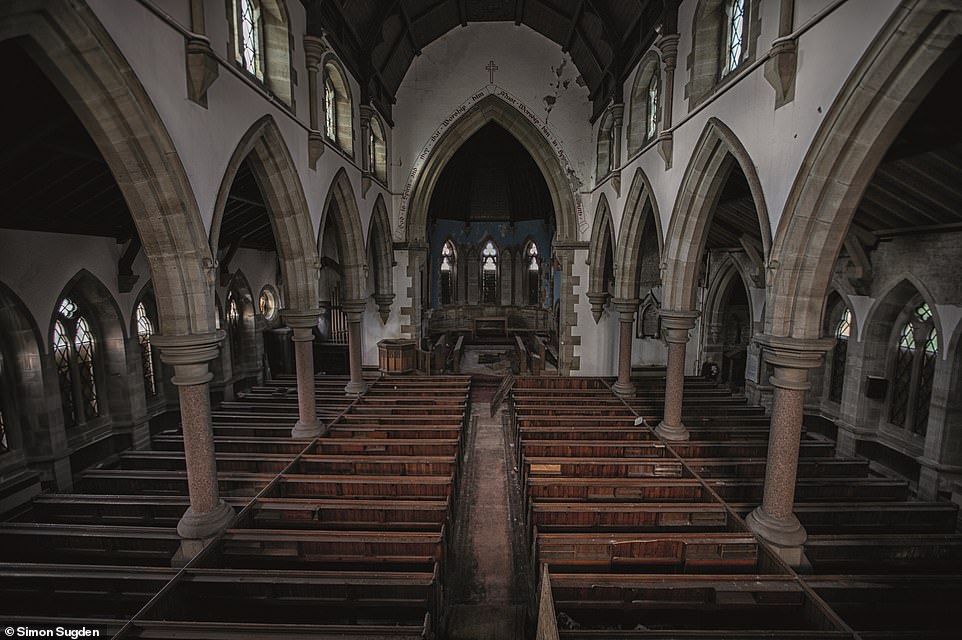 In this ‘redundant’ church in Lancashire, Simon found windows with pieces of glass missing and a bible that had been left behind with ‘curled-up pages’ 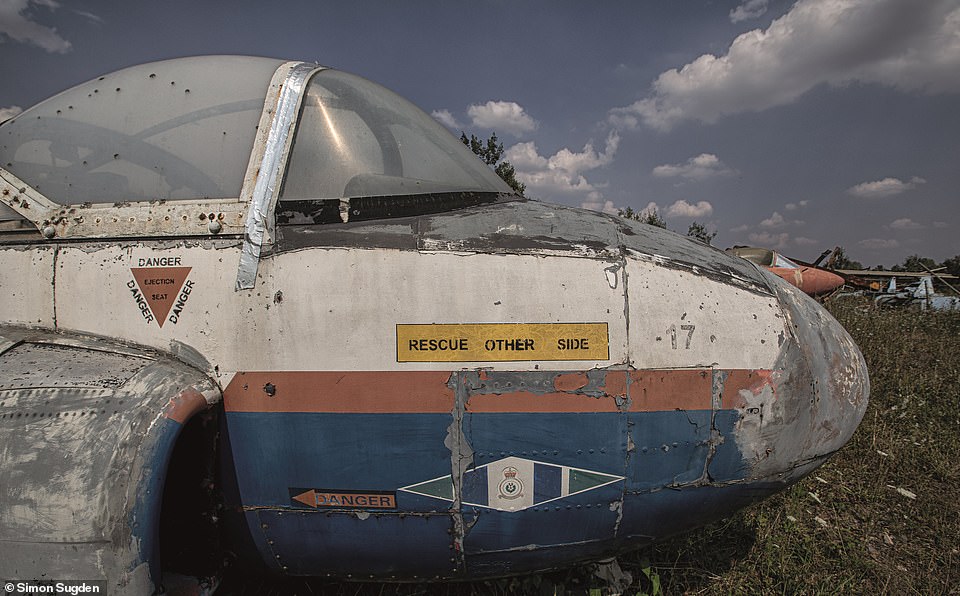 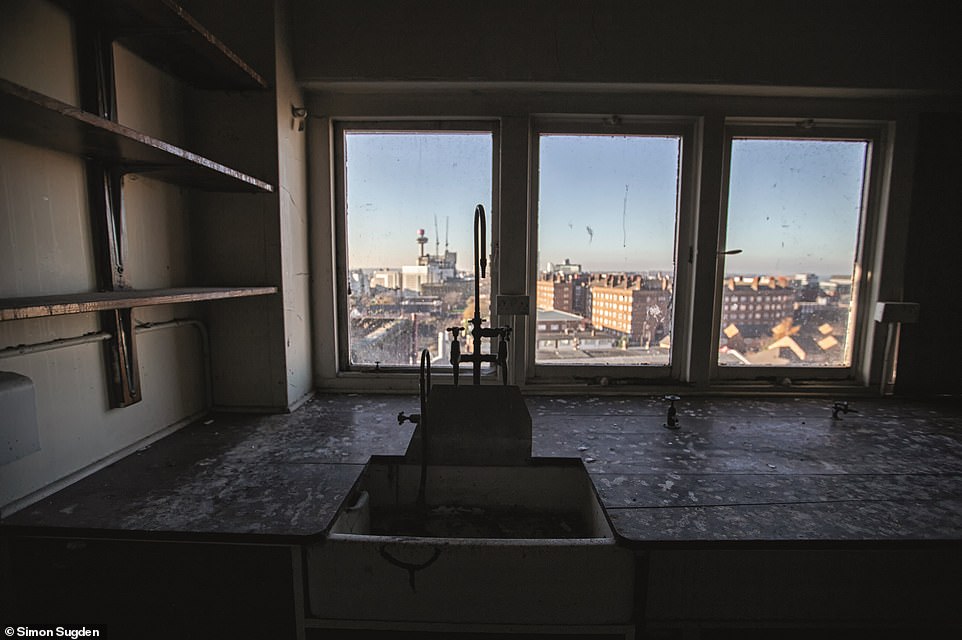 An abandoned laboratory that Simon found in Liverpool. He said he ‘loved the view of the city beyond in the sunlight’ 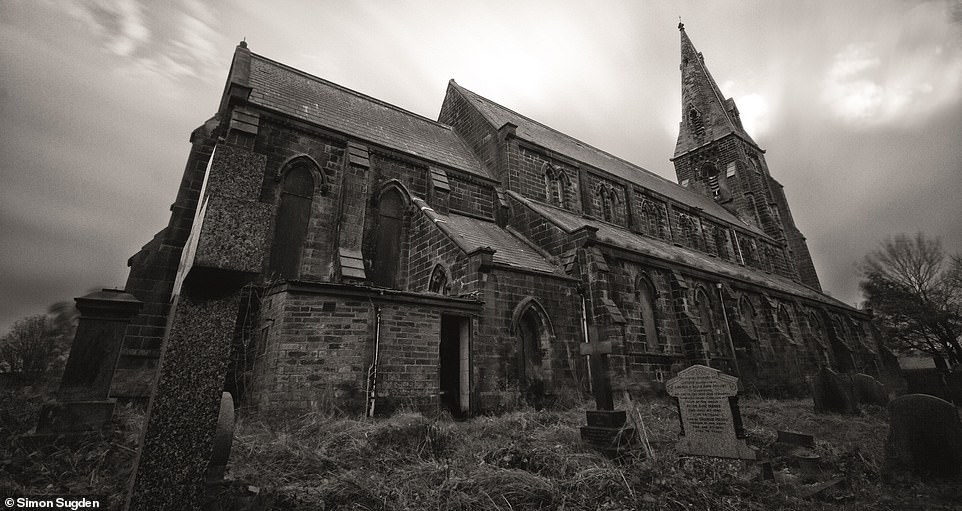 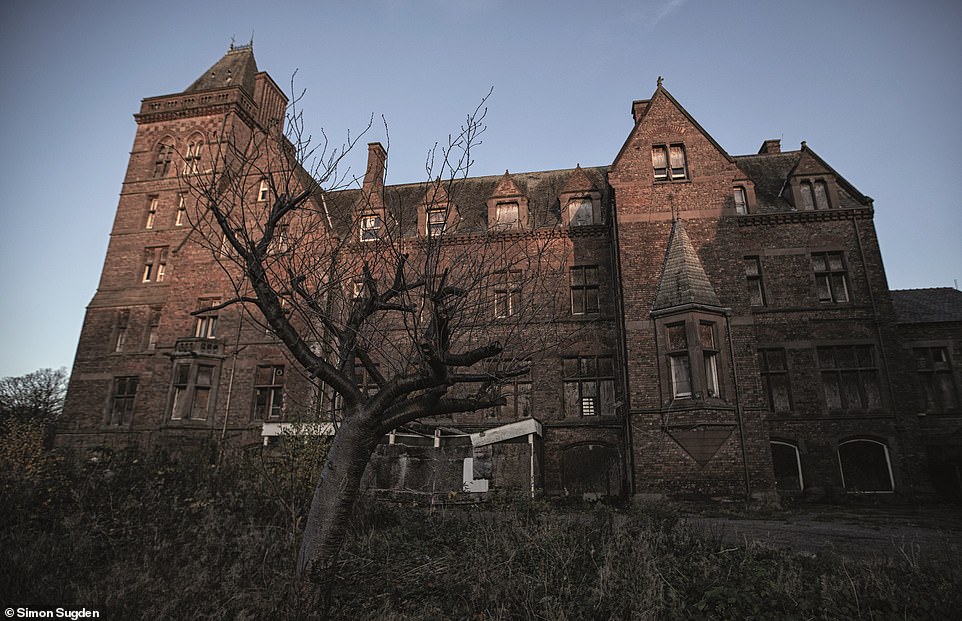 This picture shows the ‘Gothic exterior of an abandoned hospital’, reveals Simon, whose work is described in the foreword as part-historical documentation, a record of ‘buildings that are facing if not total destruction, then irrevocable changes’ 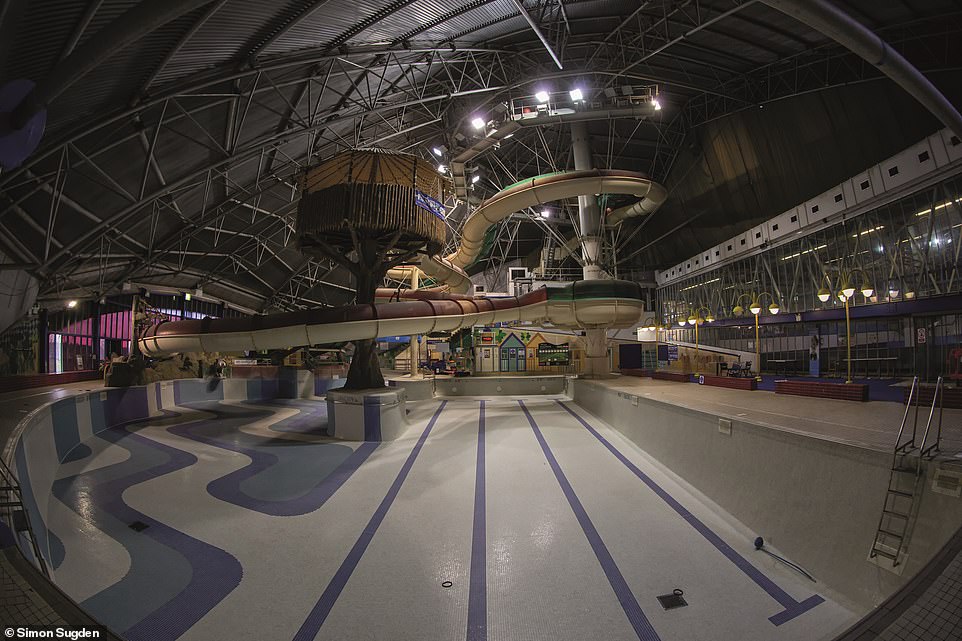 An empty pool complete with a slide in a disused sports centre in Bradford, West Yorkshire 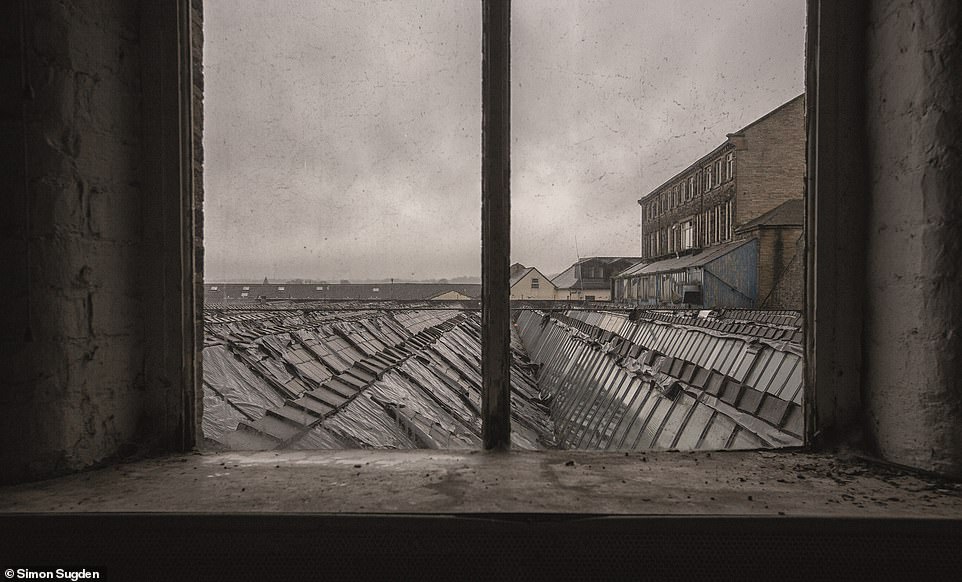 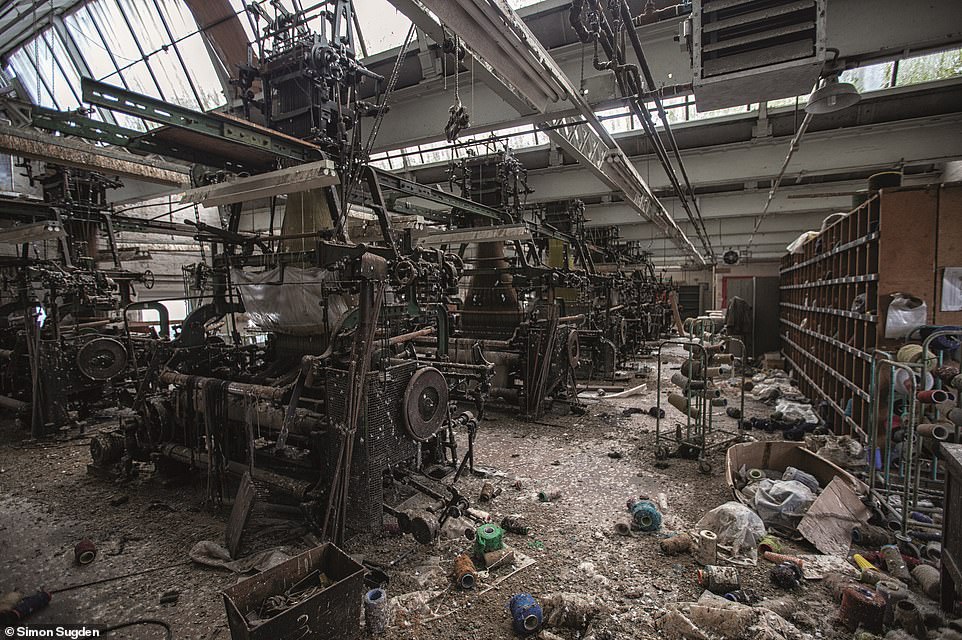 Another shot of the abandoned wool mill in West Yorkshire. Simon says this photo is a favourite of his – it shows ‘encrusted looms among spots of colour of the discarded bobbins’ 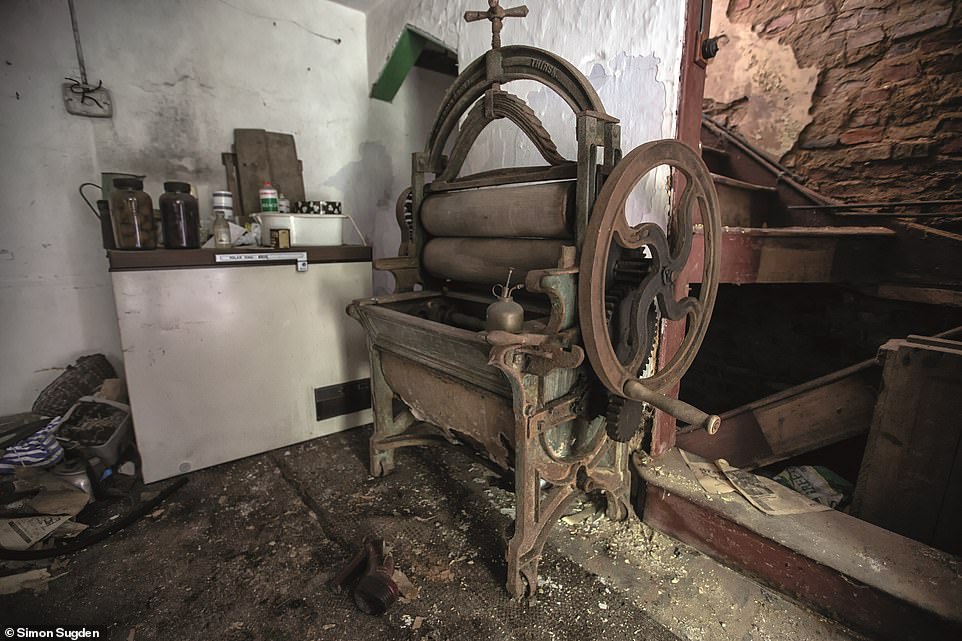 An old mangle, used for squeezing water out of wet laundry, sits rusting in an abandoned North Yorkshire cottage 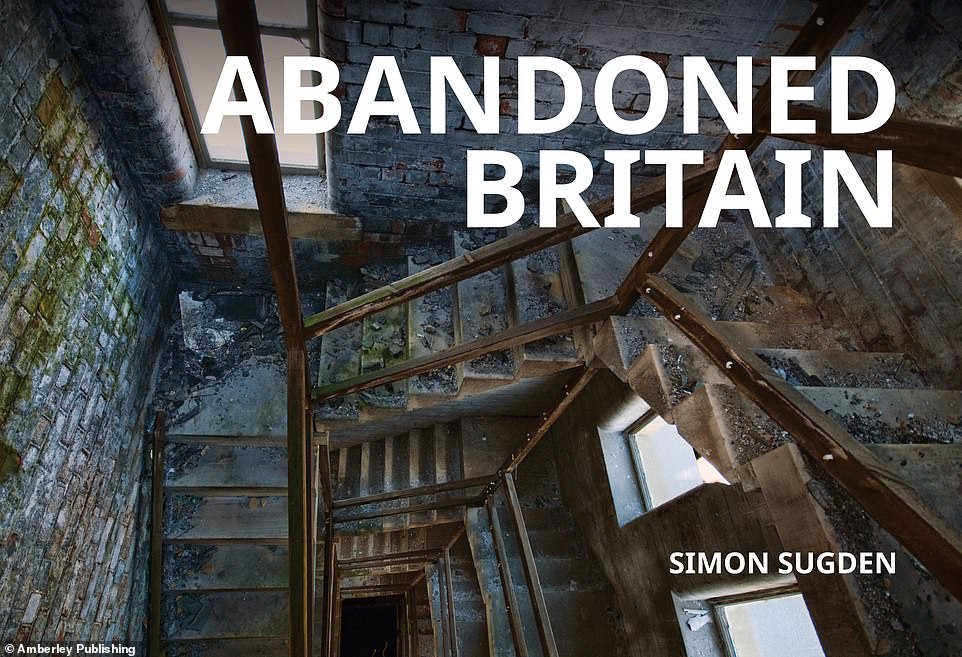 Abandoned Britain by Simon Sugden is available to purchase from September 15 for £16.19 via amberley-books.com

How to get free fruit from supermarkets including Iceland, Tesco and Aldi | The Sun
Entertainment