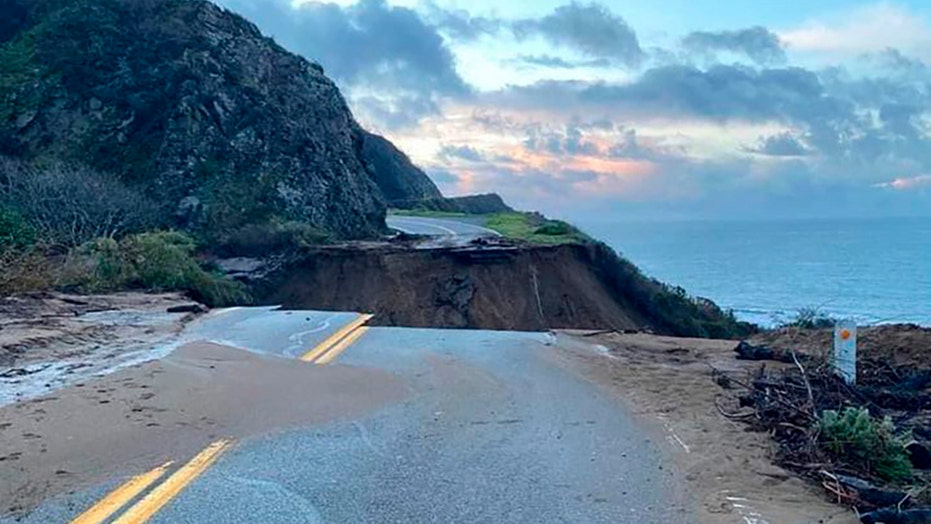 A scenic portion of California’s Highway 1 will reopen later this month.

In January, a mudslide washed out 150 feet of the highway along the iconic Big Sur Coast. The highway has been closed since then and wasn’t expected to be fully repaired until summer.

However, the project has moved faster than expected. Earlier this week, the California Department of Transportation announced that the closed portion of Highway 1 will reopen on April 30, almost two months ahead of schedule.

According to a tweet, “favorable weather & soil conditions” allowed crews to move faster than expected.

“Reopening Highway 1 at Rat Creek just three months after a washout of this magnitude is great news for residents, recreationalists, business owners, and those who move goods through this region,” Caltrans Director Toks Omishakin said in a statement. “Caltrans has been focused on the emergency work needed to increase the resiliency of this highway section to extreme weather, and the fixes made will allow for safe travel.” 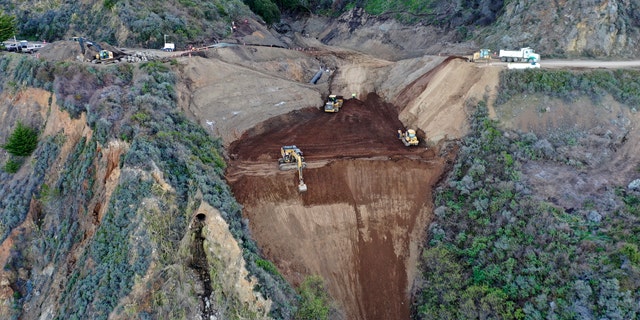 Caltrans construction crews repair a section of Highway 1, along Big Sur, California, in March. The portion of the road was washed away during a winter storm in January. (Caltrans District 5 via AP)

Caltrans District 5 Director Tim Gubbins said: “Our crews have worked to create a safe road in challenging conditions, and we are excited to reopen this lifeline earlier than expected.”

According to the announcement, crews have been working  “seven days a week during daylight hours” since March 1 to fill in the washed-out canyon with compacted dirt. 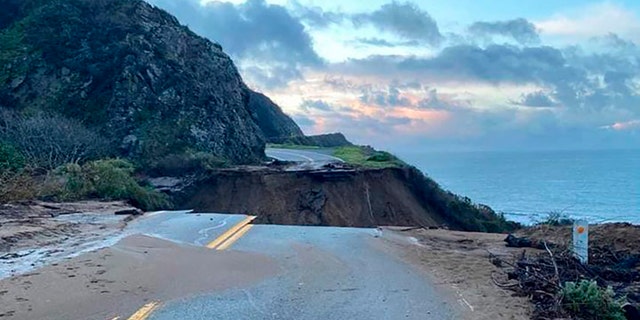 The highway is expected to reopen by April 30, nearly two months ahead of schedule. A portion of Highway 1 that was washed away in January is pictured. (Caltrans District 5 via AP)

The next step is to “establish the base of a new road” over the next two weeks, the announcement said. Crew members will then pave and stripe the road.

“Caltrans will continue construction work that will require intermittent traffic control at Rat Creek following the reopening as crews will install a new, redundant drainage system,” the announcement said. “The 10-foot diameter culvert will improve water flow during storms and make the roadway more resilient to extreme weather activity.”

The agency also plans to install guardrails in the summer — though that can be done once the highway has been reopened.

Bad Bunny, 27, Bares All In Steamy Selfie Ahead Of His WrestleMania 37 Appearance — See Pic
Entertainment