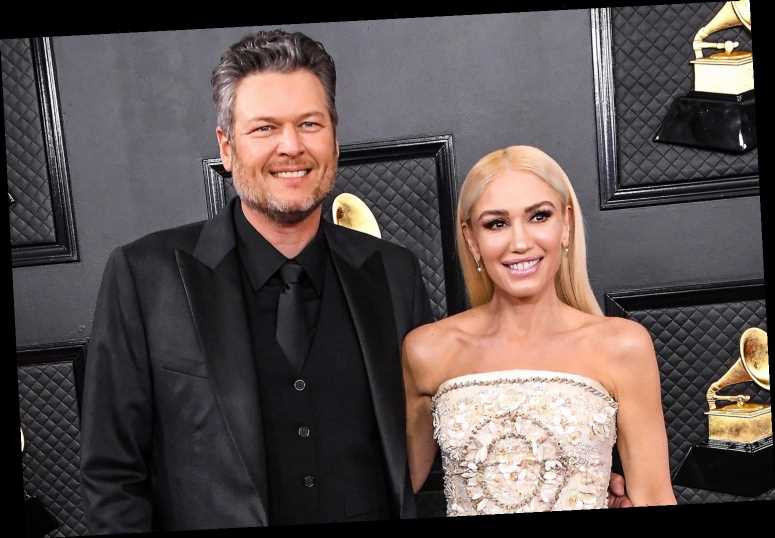 Blake Shelton is committed to trimming down before his wedding to Gwen Stefani — but isn't starting his diet just yet.

The country singer, 44, recently appeared on The Late Show with Stephen Colbert and discussed his previous conversation with friend Luke Bryan, during which he told the fellow singer that he was planning on losing some weight ahead of his nuptials.

"I feel like if you say something like that on a public forum then you have obligated yourself to make sure that it gets done," he told late-night host Stephen Colbert.

However, Shelton noted that there's no rush because he and Stefani are holding off on the wedding due to the ongoing coronavirus pandemic. "It's out there now and I don't want to disappoint my friends and family — they've heard me say this," Shelton said. "They're hearing me say it on your show right now that I am going to lose weight for the wedding, but we don't know when that's going to be so why should I start?"

The Voice judge joked to Colbert earlier in the interview that he "would marry Gwen in the morning" but that the pair can't nail down a date until it's safe.

"The truth is we want to be able to have obviously her parents there, my parents, our families and until that can happen, we can't even make a plan," he said.

During Shelton's previous chat with Bryan on his Apple Music Country show Party Barn Radio, Bryan asked his friend about the chances of him losing 20 lbs. before he and Stefani tie the knot.

"I feel like if I say 10, I have to do it. So, 10. It's out there now, I can't let people down," Shelton said. "I've readjusted all the mirrors in the house. So they look like you when you're taking a selfie from up above because you can't even stand and look at myself in the mirror."

"I've rearranged them or they're kind of angled down, looking down at me," he joked. "So I'm looking up and it's not so bad."