Waltzing around the Med! Sequins, masterclasses and a glitterball trophy – Amanda Platell joins a Strictly cruise and is swept off her (aching) feet

Friends have noted that, on the dance floor, I have all the elegance of Ann Widdecombe or the hapless circus elephants in Dumbo.

So news that I am about to board a Strictly Come Dancing cruise and fulfil my lifelong dream of learning the cha-cha-cha is met with cries of hilarity.

Yet I’ve been invited three times to audition for BBC’s Strictly, the actual TV show, I insist indignantly. Yes, as the comedy entry, they guffaw. 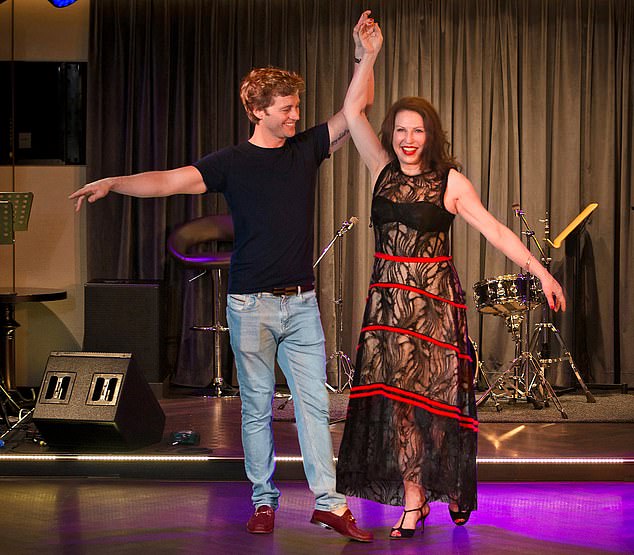 Miffed? Just a little. Determined to prove them wrong? Absolutely. Often found prancing around my kitchen in private, I am at one with the philosopher Nietzsche, who said: ‘We should consider every day lost on which we have not danced at least once.’

So I pack my dancing shoes and join the Strictly cruise on P&O Britannia, determined to do one thing – the cha-cha-cha. I can almost hear the Strictly theme tune ‘da, da da da, da da da… ‘ as I climb aboard.

My shipmates are a cross-section of young families, keen dancers of all ages, loved-up couples and those less energetic travellers who spend almost all day quick-stepping to and from the buffet.

I join the Britannia in Gran Canaria and immediately spot a couple of teenagers practising their American Smooth near the lifts beside the vast atrium.

The main dance hall features decadent chandeliers – no glitterball (Strictly’s famous trophy) yet, I note in disappointment – and dotted around are a dozen mannequins, which are changed every few days, dressed in the actual frocks worn by the celebrities on the show. 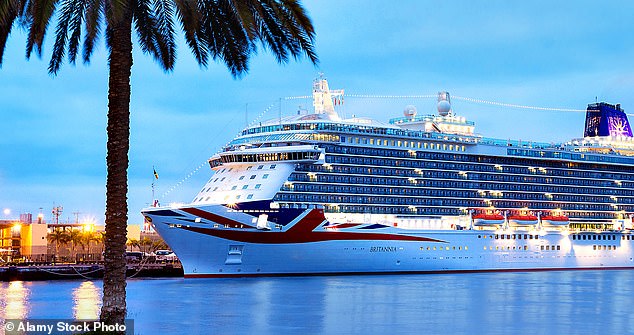 For just one moment, I imagine myself in the flaming red-and-black creation singer Ashley Roberts wore to dance with Pasha Kovalev – before I note its 22 in waist. Apart from the classes, the Strictly stars’ nightly shows and meet-and-greet photo ops with the celebrities, there are private dancing lessons.

Enter the former Strictly professional, snake-hipped Trent Whiddon, my very own Patrick Swayze. He does not try to lift me and I’m disappointed he isn’t wearing tight black trousers and a slinky shirt slit to his waist.

The diminutive Strictly pro Amy Dowden is also on hand, showing me how to do it from the girl’s side. In her wonderful Welsh lilt, she encourages: ‘Rrrroooock left, cha-cha-cha.’

The hour-long lesson is only slightly less stressful than one of those dreams where you’re running through the streets of a foreign city naked.

Yet, within minutes of being in Trent’s arms, I forget about my aching feet, obey when he tells me not to look down, gaze longingly into his Mediterranean blue eyes and sway my hips. Hell, these hips haven’t swayed like this for years.

Whether it’s the rocking motion of the ocean (we are sailing from Lanzarote to Lisbon), Amy whispering in my ear, or Trent’s firm thighs, I’ll never know, but, within ten minutes, I’ve somehow miraculously mastered the basic steps and am twirling under his arm to a final cha-cha-cha.

Luckily, Strictly’s most acerbic judge, Craig Revel Horwood, isn’t on my cruise, as he will be on the next two, or he would no doubt have been drawling: ‘Simply dreadful, darling.’

In the evenings, after dinner at one of the excellent restaurants, my companion and I head off to watch the Strictly dance shows, featuring famous names such as Gorka Marquez, Karen Clifton, Giovanni Pernice and Luba Mushtuk. 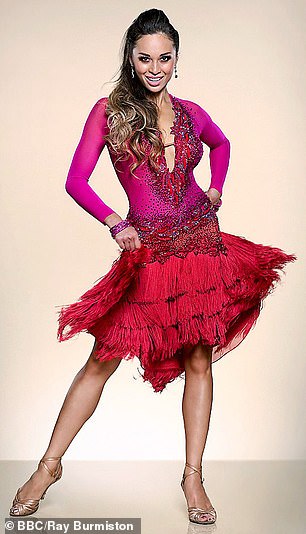 Then we’re off to see the amateurs and seasoned dancers take the floor. It is here that I realise dance is an act of love and lust. No wonder Strictly has caused so many marital problems. The cruise glitterball trophy goes to my favourite couple, Rita and Bob, in their 80s, who have celebrated their 60th wedding anniversary. They move ramrod straight and in perfect hold, whatever the dance, as if they were born with dancing shoes on.

One pair, in their 30s, have the grace of Fred Astaire and Ginger Rogers. They even dance down the huge spiralling staircases on their way to breakfast — a little smugly, I think. Another couple are in their 50s. James explains how he couldn’t dance at his wedding, but is determined to learn so he can waltz with wife Sarah on their 20th anniversary. And he does.

Apart from the professional dancers, part of the Strictly ‘experience’ is a talk from Carole Williams, who makes the show’s dresses. A dazzling, hardly worn ballgown made with thousands of hand-stitched sequins costs around £1,100, and a custom-made one twice that.

Having boarded in Gran Canaria, I sail to Tenerife, Lanzarote and finally Lisbon. The Britannia is so vast, it has separate pools and areas for children and adults, and so many restaurants, cafes, swimming pools, sun decks, cinemas and bars that they’re never fuller than you’d expect in any British town on a Wednesday night.

And, rather than feeling confined, as I had feared, there is plenty of room for everyone. When most of our lives are bombarded with decisions and choices, I discover the magic of a cruise is relinquishing control, sitting or lying back and thinking of anywhere but Britain.

Fearing sea-sickness, I’m armed with pills, but don’t need them after the first day, as I find the motion of the ocean surprisingly comforting.

In future, I’d do more planning for port days and organise adventures at the various destinations, rather than ending up in the quaintest cafe drinking good wine with fellow passengers. And the dancing? I might not have won the glitterball trophy for my cha-cha-cha, but I had a ball.

On our last night, my cruise companion and I dance as the light bounces off the sea. I’m not sure who’s the wise owl and who is the playful pussycat, but, hand in hand, on the edge of the sand, we dance by the light of the moon. Well, almost.

The next P&O Strictly Cruise is the 14-night Mediterranean, from £1,199 pp, including full meals and entertainment.