AIR travellers should NEVER order hot drinks, according to a former stewardess who has revealed her top plane travel tips.

Jamila Hardwick also strongly recommends passengers bring their own pillows on board. 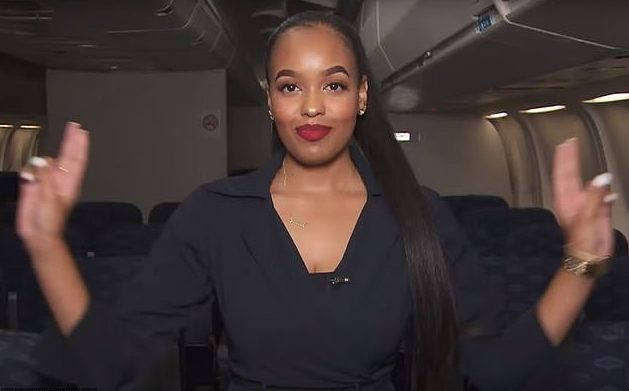 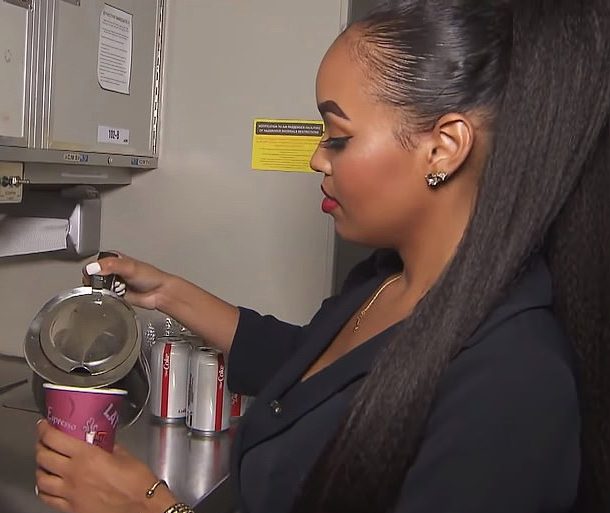 And she reveals what every traveller should do as soon as they sit down.

Web personality Jamila swapped her life in the sky for vlogging online – and recently took to sharing her top tips for regular flyers.

Jamila appeared on Inside Edition – where she took viewers on a tour around a mock plane cabin on Los Angeles film set.

And among her most vital pieces of guidance for travellers was to steer clear of the tea and coffee.

She warned: "The thing about the coffee and tea, the pipes are rarely cleaned."

US airlines are only required to disinfect the water tanks on their planes four times a year.

Jamila said passengers should keep an eye out for an off-duty flight attendant reaching for a hot drink mid-flight – because it won't happen.

Another thing she insists travellers won't see is a member of the cabin crew using one of the airline pillows or blankets. 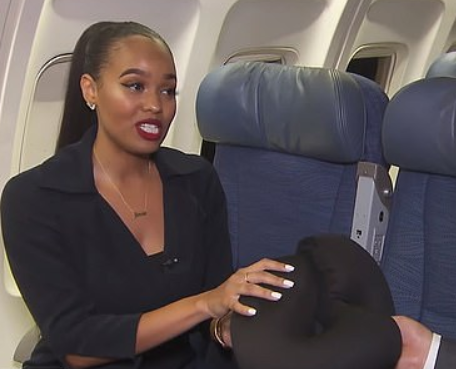 Of the blankets, she said: "These get washed, but we're not sure how great they get washed."

And as for the pillows, a squirming Jamila added: "They take the off the lining and wash it, but the pillow inside is still dirty."

Her recommendation is that passengers bring their own clean bedding on board with them. 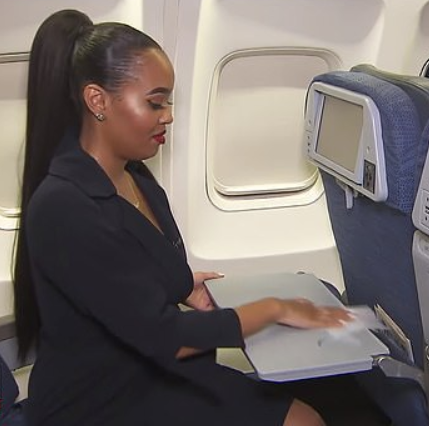 But these tips should all follow what Jamila thinks is the number one thing passengers should do as soon as they take their seat.

Travellers should take disinfectant wipes on board – and give the surfaces around them a good scrub.

Considering the tray table, she said: "This is disgusting.

"When cleaners come on they don't have time to wipe down every individual tray so it's best to bring wet wipes.

"Please bring them on, please clean off your trays before you put anything on here." 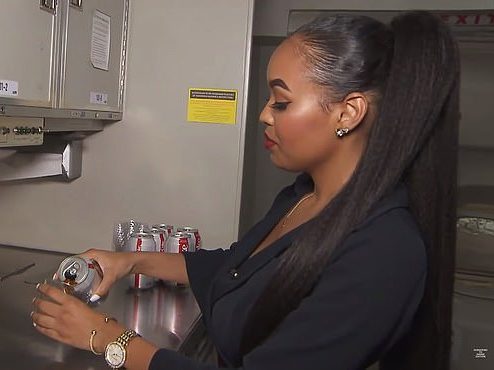 Jamila also recommends that fans of Diet Coke considering ordering another fizzy drink if they want to quench their thirst quickly.

She insisted carbonated drinks take much longer to pour because of the effect of the cabin pressure on the bubbles.

And the worst culprit of all is Diet Coke, Jamila claims.

She said: "I don't know what it is about the chemistry in Diet Coke and us being 40,000 feet in the air.

"By the time we pour it, we could have three other drinks poured."

Finally, Jamila recommends that passengers be nice and respectful to cabin crew.

This includes refrain from asking them to help with luggage unless it's vital – because attendants are not covered if they are injured in the process.

That's because cabin crews' shifts don't technically start until the plane door is closed and the flight is ready for takeoff.

Jamila added: "We're more likely to help you find a better seat if you're nice to us.

"And maybe an extra drink. Or two!"

Industry body Airlines For America responded to the water claims made in the clip.

In a statement, it said: "Airlines work closely with the Environmental Protection Agency (EPA) to ensure that water received from municipalities is safe and to maintain that safety by following rigorous sampling and management requirements, which include disinfection and flushing of the aircraft water tanks on a schedule required by regulation."