The coronavirus pandemic has hit a new ― and bleak ― milestone.

According to data released Monday by Johns Hopkins’ Coronavirus Resource Center, more than 200 million people have been infected with COVID-19 worldwide.

It is important to remember that those figures are only the known accounts of infections and deaths associated with COVID-19. Various studies have estimated that the true toll of the pandemic is much higher in some areas. In India, for example, experts told The New York Times in May that the official death toll could be one-half, one-fifth or even less than one-tenth of the actual figure, which may never be known.

It took about 12 months for the coronavirus to infect the first 100 million people worldwide; the next 100 million were infected in just a six-month time frame. 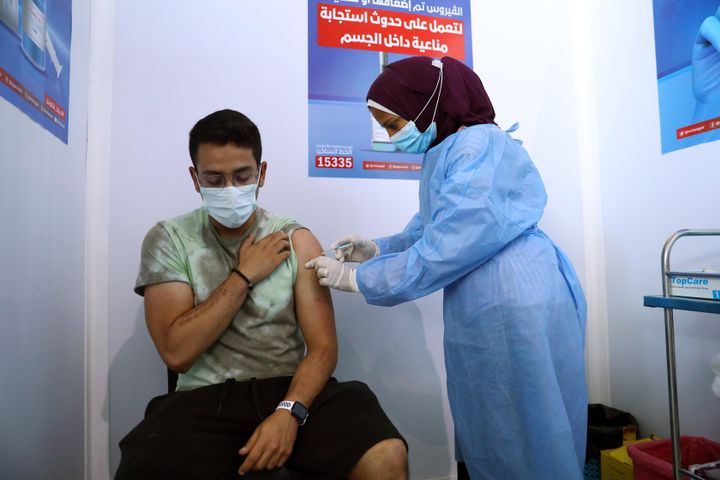 Although access to vaccines had alleviated a crush of infections in many rich nations, new cases have begun to skyrocket once again, mainly due to the highly transmissible delta variant infecting the unvaccinated.

In the past month, every state in the U.S. has seen infections rise. According to White House pandemic response coordinator Jeff Zients, Texas and Florida accounted for a full one-third of all new cases nationwide last week. In Louisiana, where vaccination rates are low, public health officials warned this week that the state’s largest hospital was running out of beds, calling it the “darkest” time of pandemic thus far.

The Biden administration is working to combat ongoing hesitation among millions who have either refused or delayed getting a COVID-19 vaccination. More than 192 million Americans have received at least one vaccination dose and more than 165 million have been fully vaccinated. In the last week, an average of 677,000 doses per day was administered, a 10% increase over the week before, The Washington Post reported.

Vaccines remain the best measure to prevent severe illness from COVID-19 or death associated with the disease, and Johns Hopkins noted that more than 4.2 billion doses of various inoculations have been delivered around the world. Many of those jabs, however, have been focused on developing nations that are now mulling booster shots for their residents, a measure that has caused alarm among some officials.

The World Health Organization on Wednesday urged wealthier countries to hold off on administering booster jabs until the end of September, saying vaccines should be deployed in lower-income nations so they can vaccinate at least 10% of their populations. The New York Times reported that more than 80% of the vaccines delivered so far have been used in high- and upper-middle-income countries.

“I understand the concern of all governments to protect their people from the delta variant,” Dr. Tedros Adhanom Ghebreyesus, WHO’s director-general, said at a news briefing. “But we cannot — and we should not — accept countries that have already used most of the global supply of vaccines using even more of it, while the world’s most vulnerable people remain unprotected.”

Albany County sheriff says Cuomo complaint could lead to a misdemeanor charge or “possibly a couple.” He detailed the next steps.