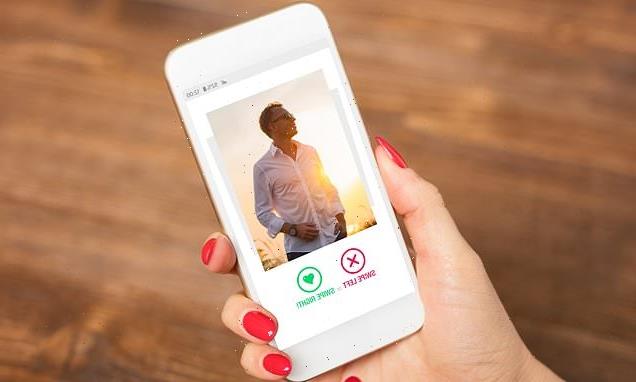 A woman has revealed how a stranger on a dating app found her on LinkedIn – using only her first name and second initial after they matched on a dating app.

The singleton, who lives in the UK, explained that she had only exchanged a few messages with a match on Bumble when he asked for her first name, and used the limited information to look her up on the professional networking platform.

She said the man then proceeded to contact her at work despite her telling him that the LinkedIn request had made her feel uncomfortable, leading to him accusing her of ‘low behaviour’.

Having revealed the man had used his own work email to send the message, many Mumsnet users accused him of harassment and advised the woman to contact his HR department.

However others said he was entitled to message her on the work site after she blocked him on the dating app. 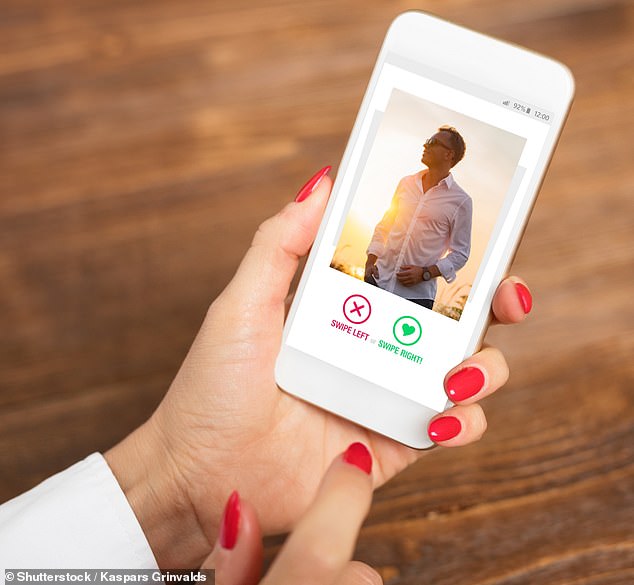 A woman, who lives in the UK, has accused a man of harassment for contacting her on multiple platforms after matching on a dating app (file image)

Posting on Mumsnet, the woman explained the man found her on LinkedIn using just her first name then proceeded to contact her at work

The woman admitted the experience has discouraged her from giving her name out in the future.

She wrote: ‘I matched with someone online last week on Bumble. I don’t use my name on my profile but only my initials.

‘We had a few pleasant messages and he asked my name and I told him my first name only. I then receive a LinkedIn request, which weirded me out. I don’t message him for a day and then he messaged to ask if I started to ignore him.

‘I said no, busy with family. I then messaged him a few days later to say I was uncomfortable he sent me a LinkedIn request based on so little info.

‘Anyway, he’s just messaged me at work saying “thanks for the low behavior wish you the same”. It’s from his work email.

‘I know there isn’t anything I can do except be vigilant and not give out my name in future, but just wanted to share my experience.’

Many responses to the post advised the woman to report the man and agreed contacting her on multiple platforms is inappropriate.

One person wrote: ‘It’s awful, he already has a totally legit way of talking to you on the dating app. You are still talking so the only reason to go off-site is to prove some sort of power or control.

‘He wasn’t trying LinkedIn because your jobs are similar and for professional reasons. He wants you to know he can find out more info about you, send you emails at work.

‘Turn up and who knows. He’s overstepping the mark big time. If you did want him to know this information you would in time.’

Another said: ‘Contact his HR and contact Bumble. This is a huge privacy concern. Anymore emails off him, please ask your work to change your email address. He doesn’t sound right at all.’

However, others defended the man, with one writing: ‘Am I missing something here? You met someone on a dating app and messaged a few times. You gave him your first name.

‘He then sends a LinkedIn request which you ignore. He messages you asking if you’re ignoring him, you reply “no” and message him again several days later to tell him you didn’t like the LinkedIn request. He sends you bit of a snotty email.

‘How is this harassment? You’ve received a LinkedIn request, 1 message and 1 email. Don’t contact is employer just because he sent an email to you from his work email. That’s weird!’

‘You’ve allowed this information to be available to him. He’s not done anything wrong. Harassment would depend whether he continues to message you from now on.’

The woman’s experience encouraged others to share their own bizarre online dating encounters.

‘One guy I’d been messaging with started using a specific nickname that only one friend uses for me when he comments on FB pics. So I knew he’d found me on FB – tight privacy settings but comments on profile pics visible.

‘When I ended the chats not long after that and certainly straight after he told me he knew we would be together and nothing would ever come between us ‘not even God or death’, he then emailed me at work and sent flowers to my workplace,’ one wrote.