Woman sheds more than 13 STONE after joining a slimming club

A woman who was advised to get a gastric band to lose weight quickly, has shed her excess pounds without surgery, by following a weight loss plan and using CBT techniques.

Lindsay Melville, 36, from Kent, lost more than 13 stone after being diagnosed with severe obstructive sleep apnoea and borderline hyperventilation.

The Management Development Trainer who weighed 25st 1lb at her heaviest and wore a UK dress size 22, had previously tried to lose weight but gained it back each time. 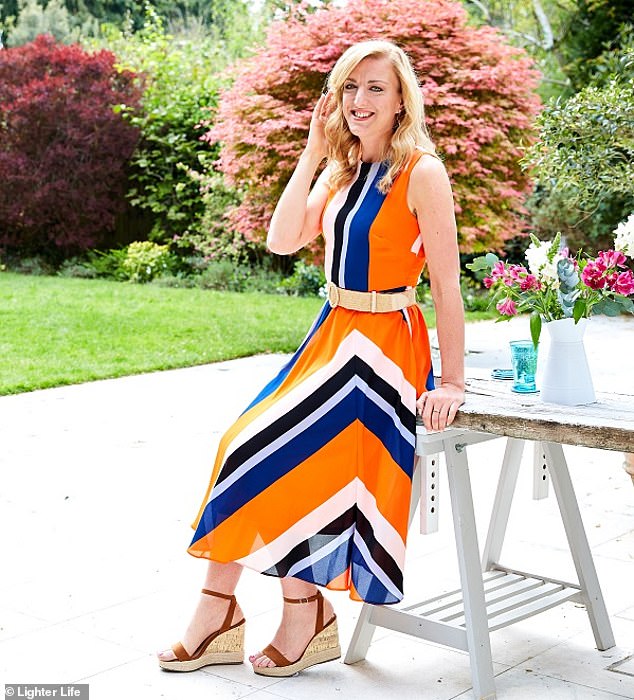 Lindsay Melville (pictured), 36, from Kent, who weighed 25st 1lb at her heaviest revealed how she shed over 13 stone without surgery 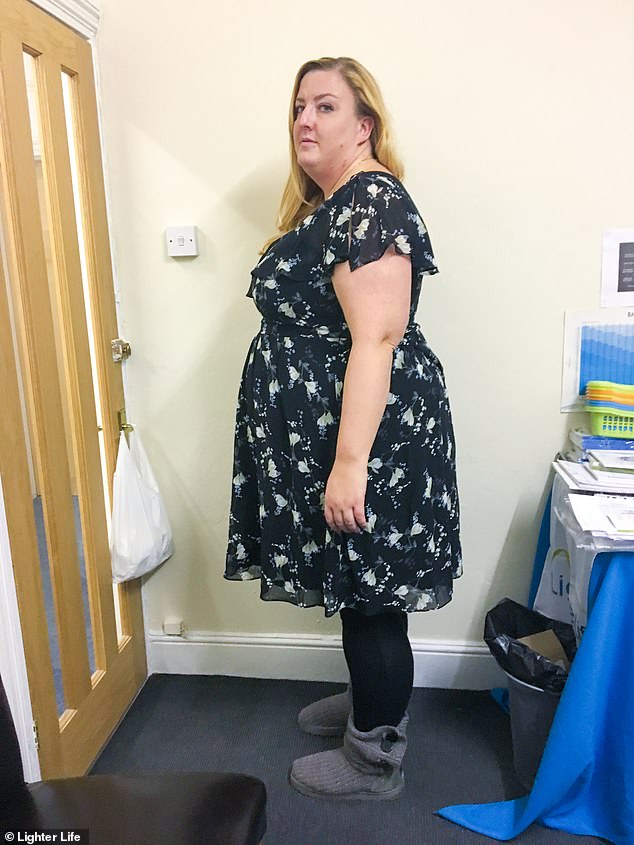 Lindsay, who is hoping to find love since her weight loss, revealed she spent years dieting before her weight spiraled after the death of her father.

She said: ‘I have three older siblings, and as a child I would always want exactly same amount of food as them. Life was a competition and if they had an extra roast potato, I wanted one, too.

‘When we were growing up, we didn’t have many rules around food, other than you must finish everything on your plate. Being able to provide food was my parents way of showing love and affection.

‘And despite food being plentiful, I found myself hiding food and secret bingeing from a young age.

‘As an adult, I spent years trying diet after diet, losing some weight but inevitably putting it back on, and more. Losing weight wasn’t the hard part; I knew how to do that. 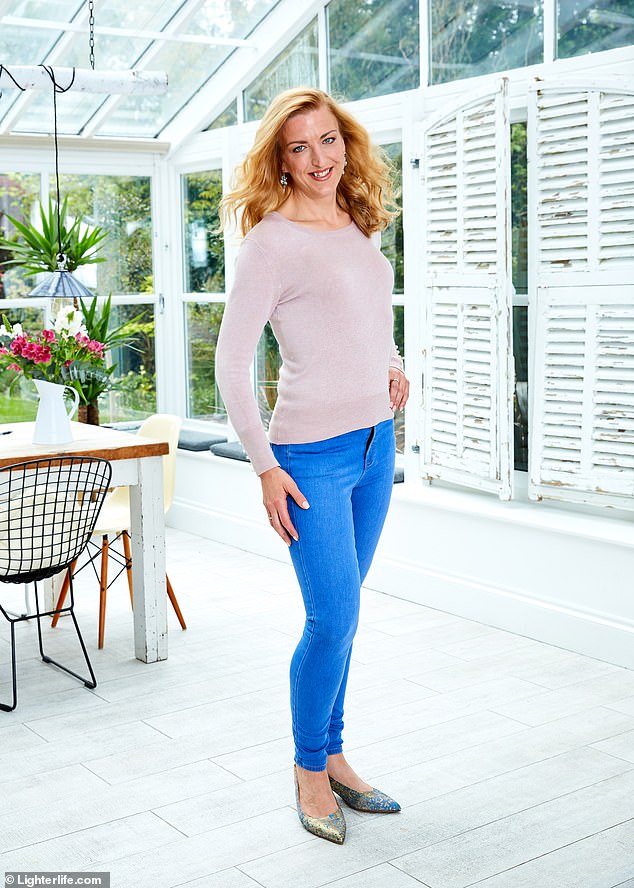 ‘It was the psychological side of my weight gain that I never could crack. I didn’t understand my “why” or change my behaviour, so inevitably the weight returned, taking more of my self esteem away with each pound I gained.

In 2016, my father passed away and my emotional eating spiralled. In 2017 I was effectively demoted through a restructure at work.

‘And then in 2018 I was diagnosed with severe obstructive sleep apnoea and borderline hyperventilation. I was so ashamed that I had done that to myself.

Breakfast: Bowl of sugary cereal and toast with butter and lashings of jam, or sausage sandwich with ketchup.

Dinner: All takeaway or ready meals. Lasagne and chips was my favourite (bag of crisps whilst it cooked) then a trifle or chocolate dessert.

Breakfast: LighterLife Porridge. Or salmon, egg and avocado for a weekend treat.

Snacks: Homemade dips and crudités, fruit and nuts. A protein bar or a shake if on the run pre/post workout.

‘The sleep clinic advised me to have a gastric band to lose the weight quickly.

‘But I was adamant I would not go down the surgery route, and I wouldn’t let myself live the rest of my life having to wear an oxygen mask at night.’

Lindsay who lost  13st 3lb to obtain a svelte UK size 10 figure, spent around a year striving to overhaul her lifestyle.

Speaking about her decision to seek an alternative to surgery, Lindsay revealed she sought weightloss advice from her friends. 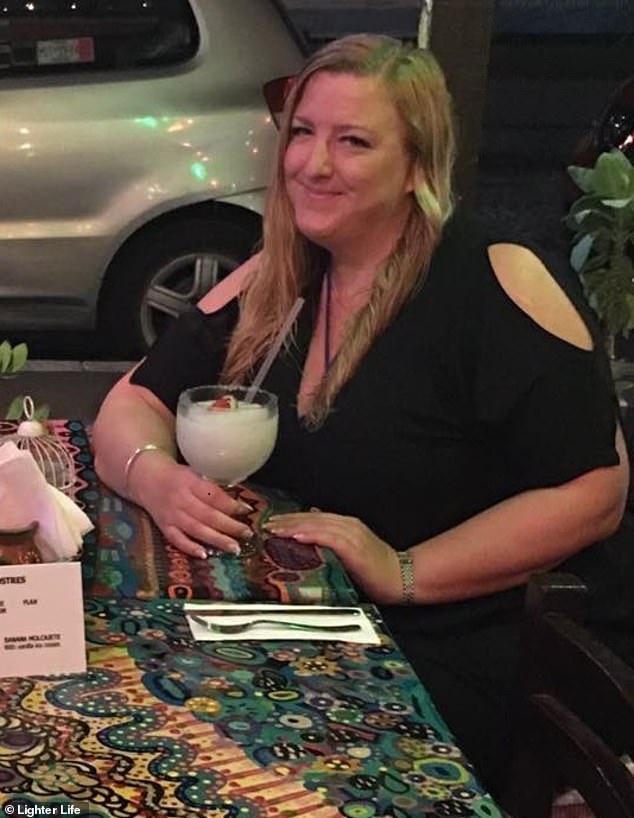 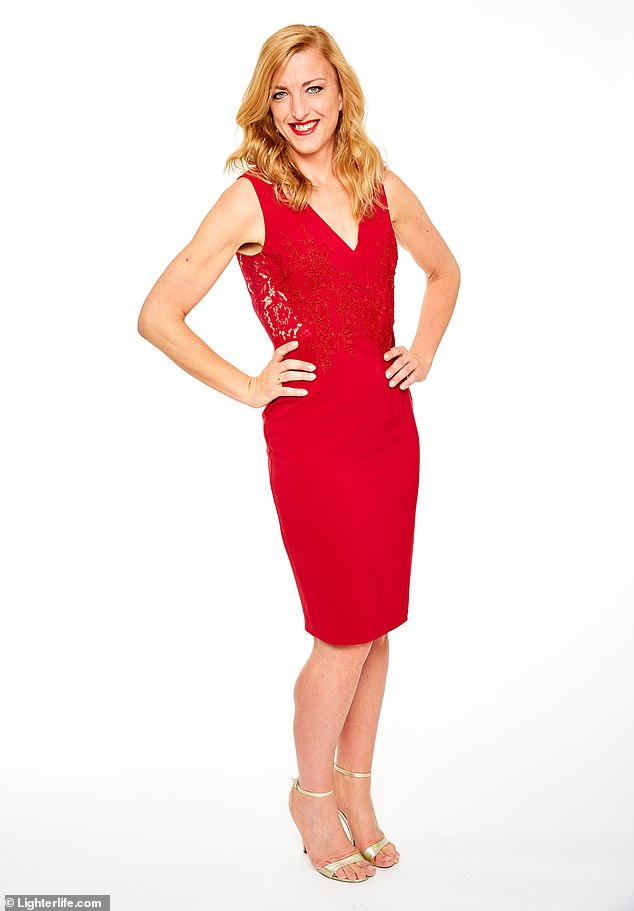 Lindsay (pictured) committed to changing her lifestyle, after being told the Lighter Life Total plan could result in a stone weightloss each month

She said: ‘After my diagnosis, I made the firm decision to lose weight. I had two friends at work who’d had great results with LighterLife, and the cognitive behavioural therapy (CBT) group sessions really appealed to me – this wasn’t anything I’d tried before.

‘In February 2018 I stepped on the scales at my local LighterLife centre in Dartford and was shocked to see how much weight I’d put on; I was 25st 1lb. I had been living in complete denial.

‘I was told that on the LighterLife Total plan I’d lose roughly a stone a month, so I knew I’d be committing the remainder of the year to changing my life, and I was ready.

What is sleep apnoea?

Sleep apnoea is the most common sleep disorder in the UK, the NHS has reported.

It occurs when the muscles and soft tissues in the throat relax, which blocks the airways.

The resulting lack of oxygen in the brain causes sufferers to wake regularly through the night.

Common symptoms include loud snoring, gasping and grunting during sleep.

Although snoring is a symptom of sleep apnoea, not all those that snore have the disorder.

The condition has serious physical health consequences, including an increased risk of heart attack and stroke.

Most sufferers manage their symptoms by wearing an oxygen mask at night or an oral device to keep their airways open.

‘I absolutely relished the weekly CBT group sessions run by my LighterLife Counsellor, Sharon. Not only was it great to share the journey with people who understand, it made me hold myself accountable to my behaviour.

‘I also learnt things about myself that extend beyond my relationship with food into all parts of my life.

‘I was able to recognise the emotional triggers that caused me to overeat, and understand how my perfectionist ways were constantly setting me up for failure.

‘Now, over 13st lighter, I feel amazing. It’s so great to be fit and healthy again with a balanced approached to eating. 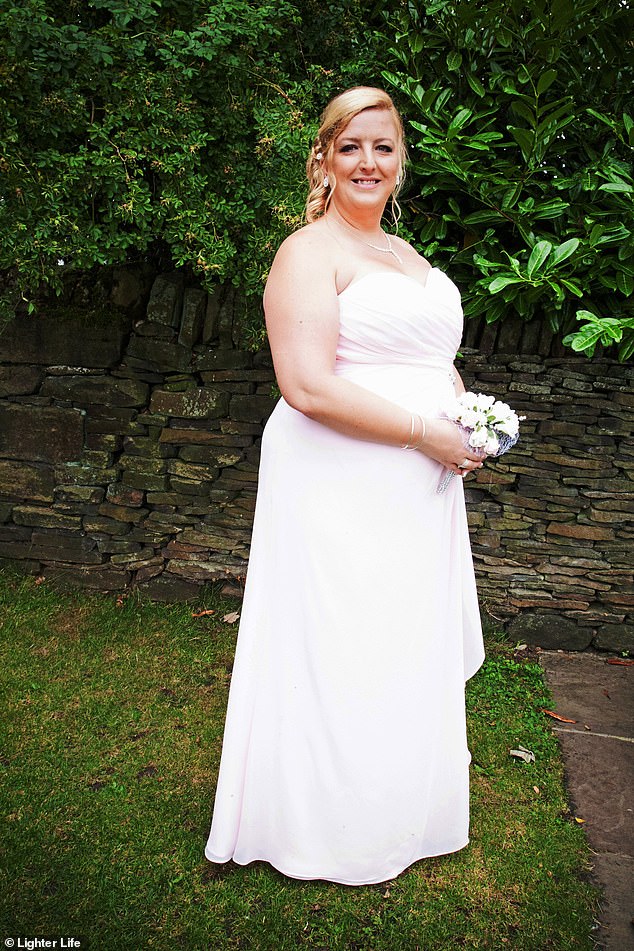 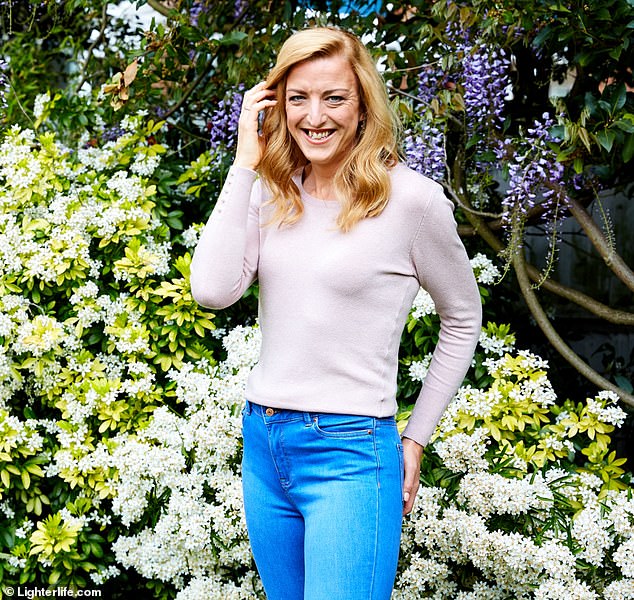 ‘Last year was all about losing weight, so 2019 for me is all about focusing on maintaining my weight, making new habits and living life in balance.

‘It’s remarkable to think that I only needed to wear an oxygen mask for 10 months and now I have no problems sleeping.

‘If I’d stayed at the weight I was my sleep apnoea would have been a problem for life and that’s one of the main reasons I’m so determined to stay fit and healthy.

‘I’m excited to be dating again, enjoying exercise, playing actively with my nine nieces and nephews and performing back on stage.

‘I am literally half the woman, living twice the life and you’ll now find me living without my weight holding me back!”

Guess Who This Tiny Tot Turned Into!