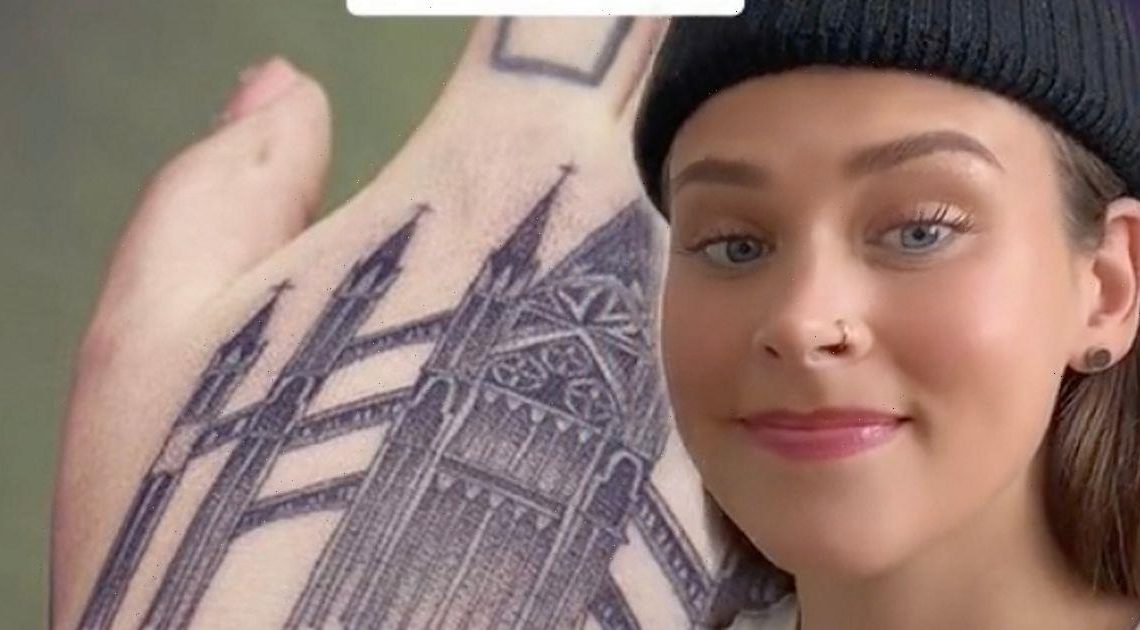 A musician took to TikTok to reveal her inking regret – after her finely detailed hand tattoo turned into a smudged mess.

Saara, who posts on the app as @frorsberglol, gained over 486,000 likes on the clip where she showed how bad her tattoo looked a year after having it done.

In the video, which was posted in response to another user asking people to show their badly healed fine-line tattoos, the brunette showcased the detailed building design she had done on the back of her hand.

READ MORE: 'Black alien' tattoo addict says people 'shout' at him and 'run away' if they see him

But in the photo a year on – all the detail had completely gone as the ink had merged together – which justifies the post being captioned with the hashtags #tattooregret and #tattoofail.

TikTok users were shocked at the dramatic difference between the two as one user said: "My jaw dropped to the floor."

Another wrote: "Noooooo the tears I would have man."

A third said: "Oh I didn’t know this could happen, so sorry!"

However, other users suggested that the tattoo was either done by the wrong artist, or in a place where it was bound to fade.

One user wrote: "This is why I tell my clients who want a certain style or artist if they do not have healed photos of varying ages, on their profile."

Another added: "On your hand??? Why would any tattoo artist knowingly do fine lines on a place known for quickly fading and blurring."

A third commented: "This is why they have a saying: bold will hold."

The news comes after a Love Island fan has left viewers cringing after she showed off her new tattoo of her favourite cast member's name inked on her foot.

Amy Hollingsworth travelled to Turkey and visited a tattoo studio where she decided to show her support for this year's hit ITV show.

"Come with me to get my favourite Love Islander tattooed on me forever," the TikToker said as she revealed what happened on the day she went for the appointment.