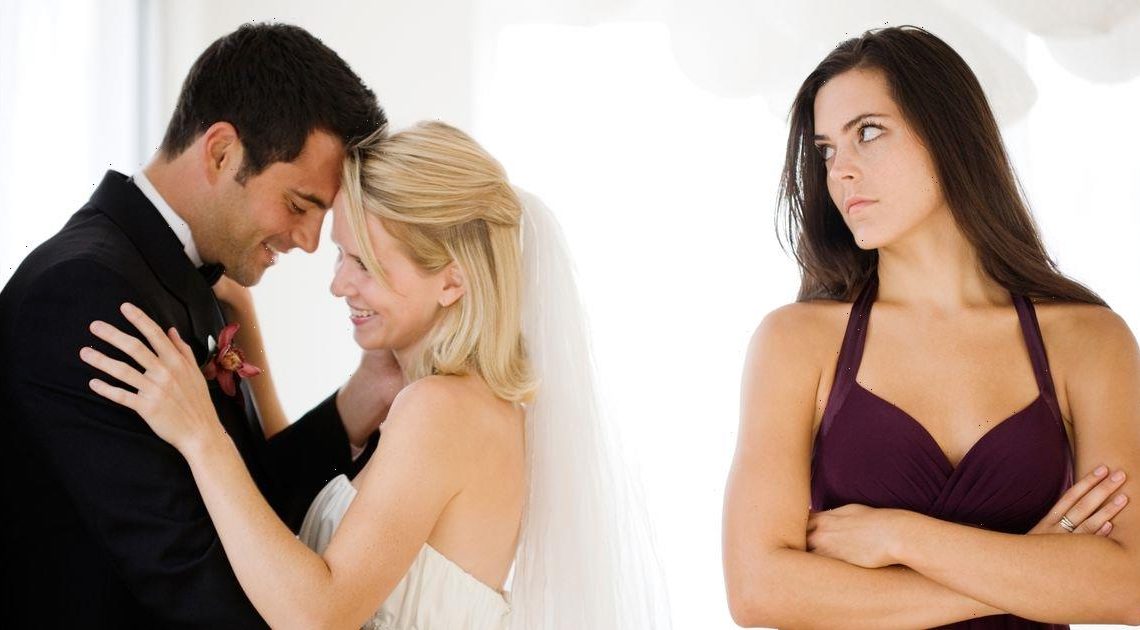 You expect the bride and groom to share a kiss on their big day.

But what you wouldn't imagine is that the bride snogs you as well on her wedding day.

That's exactly what happened to one woman – as she admitted she was stunned as her friend who got wed "stuck her tongue" down her throat after getting married.

She also said the bride got handsy just before that – feeling up her boobs too.

And although she was mortified, everyone else – including the groom – didn't seem that bothered.

The lady took to Reddit to reveal the odd situation and asked for advice.

She wrote: "Since Covid lockdowns are now over where I am and most people I know, myself included, are vaccinated, a friend of mine had a surprise wedding.

"This is the first time in over a year that everyone got to see each other, and during the cocktail hour, everyone was already very drunk.

"The bride was blackout drunk about halfway through the wedding. She kept jokingly touching my boobs and then laughing.

"Then, in front of everyone, she (35F) kissed me (30F married). She pretended she wanted a picture with me, but instead, shoved her tongue down my throat."

"I sat down at my table, which was next to her parents. I asked them if they saw that happened. They had.

"There had been fights throughout the day, and they asked me to not make a big deal about it, because they didn't want any more drama.

"It was my job to drive her home, but instead I just left after this incident (I was the DD)."

The woman said the bride claims to "not remember" what happened.

She added: "The groom saw it and does not care, and everyone else in the bridal party is just like, yeah, she was drunk, it happens.

"I am going to a bachelorette party for another friend and this girl will be there. We are all getting hotel rooms and I was going to share a room or possibly a bed with her.

"I just don't know what to do going forward. I feel like it's expected that I just let it go and act like it never happened."

Many other Reddit users were sympathetic with the woman and agreed she shouldn't just let it go.

One wrote: "Yeah definitely don't share a room, or a bed with her."

While another added: "If you can't avoid sharing a room with this woman I wouldn't go on the trip.

"Associating with someone who gets away with sexual assault isn't a great plan for anyone let alone one of her victims."

A third chimed in: "I have been in this same situation. "So many people laughed it off as a 'joke' or 'ooh, sexy.'

"Fortunately for me/our friendship, I was able to make a very firm boundary without making a scene.

"But your 'friend' has pushed you to a point where that’s likely impossible.

"A very clear conversation is necessary if you’re going to continue in the friendship. It’s also understandable if you refuse to hang out with her anymore."

In other news, a bride was slammed this week after she demanded her friend cut her long hair for wedding so she wasn't upstaged.

The bride was branded "absurd" as the pal took to Reddit to ask for advice on the situation.