One New York woman is celebrating the “death” of her over $100,000 student debt with an amazing funeral-themed photo shoot. And she’s killing it – literally.

Mandy Velez, 27, a senior social media editor for The Daily Beast, commemorated paying off her $102,000 student loan debt this year with a photo shoot at Trinity Church Cemetery in lower Manhattan.

The photos show Velez donned in all black as she grins and holds up four silver balloons that spell out “102K.” 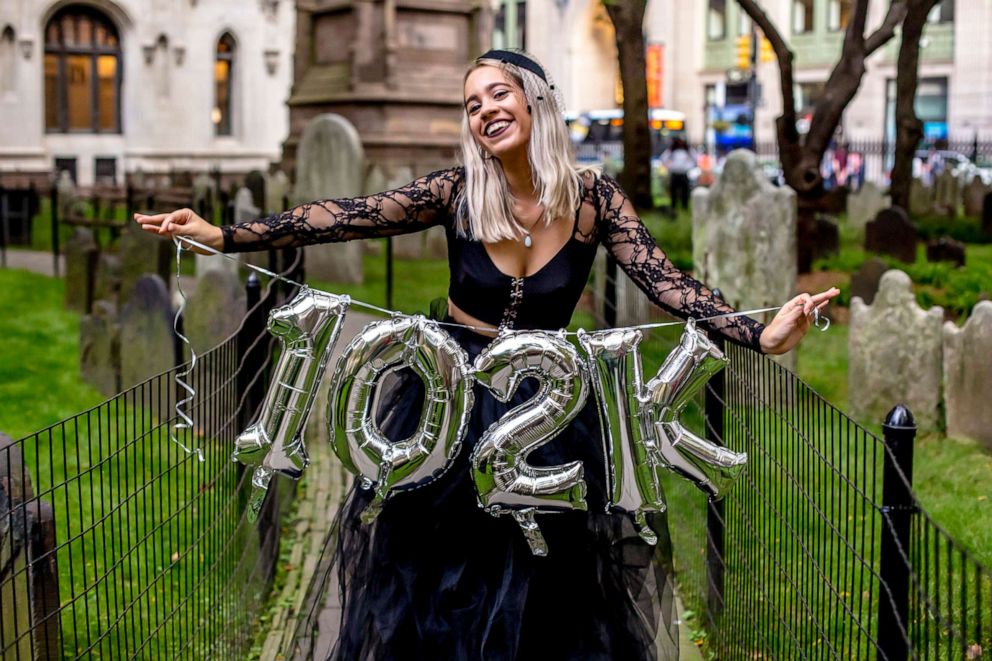 “It feels great … It just feels nice to finally do something big for myself, and I don’t feel bad about it at all,” Velez laughed as she told “Good Morning America.”

Her debt started during her college days at California University of Pennsylvania and later, the University of Pittsburgh, where she graduated in 2013 with $75,000 dollars of debt — not including interest.

“I was just flabbergasted by the amount of debt that I had accrued. I’ve always been a saver,” Velez said.

In just six years, Velez managed to pay off the enormous student debt, including interest, but it came at a price.

For the first five years, she put $1,000 toward her loans every month. She said that she would prioritize her loan payments over “everything else,” including rent, food and fun.

“It was hard when my friends were doing something special that I had to say ‘no’ to or put in extra work on the side to make up that money,” Velez said.

But last fall, she made a choice. After growing frustrated by the tenacity of her student loans, despite her hard work, she said she decided to up the ante in her quest to “kill” her debt. 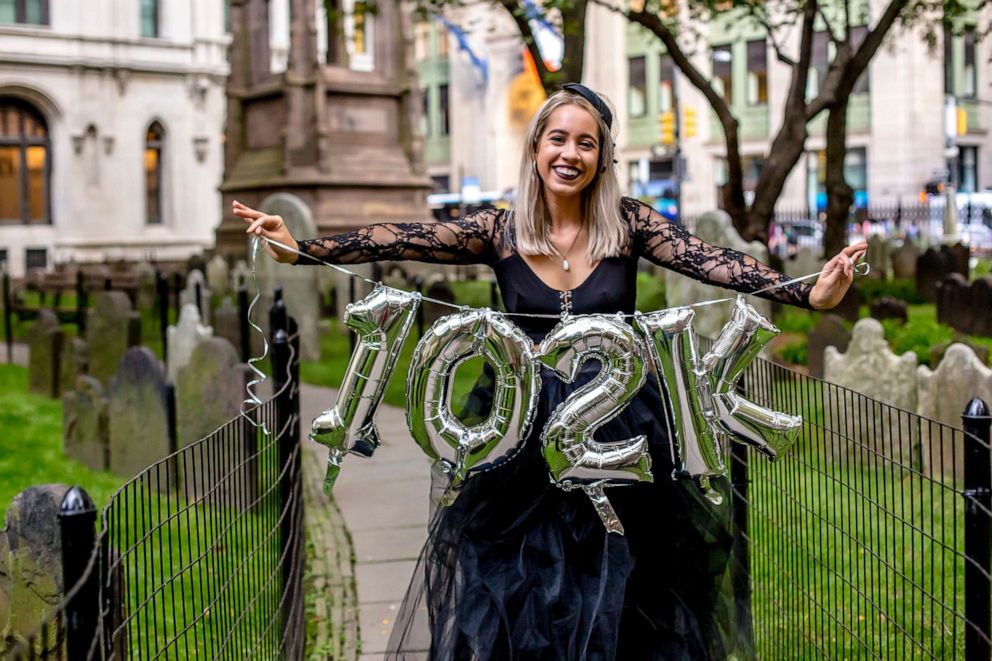 She promised herself that she would pay off her student loans by the time she was 30. She turns 28 this week.

In January, she had about $32,000 left, so she started cutting back even further and working side gigs, like dog walking and as a TV extra.

“I feel like it gives people, including myself, this euphoria of like, ‘someone beat the system,’ and they’re rubbing it in its face,” Velez said.

The shoot’s photographer, Mike Arrison of Mike Arrison Photography, has known Velez since high school. He said that when she reached out to him with her idea, he loved it immediately.

Both Velez and Arrison intended the photo shoot’s location of a cemetery in the Financial District to symbolize a sort of “American dream” in Velez’s payment success. To Arrison, the photo shoot should be inspirational, but also a little “horrifying.”

“Seeing that [102K] number next to how young she is … I want people to be horrified at the fact that this is something that is a cause for celebration,” Arrison said.

Arrison himself struggles with student debt, and said he currently lives at home in Philadelphia in part because of his loans.

“Frankly, I’d be hard-pressed to think of anyone within my age and friend group that isn’t struggling [with student loans] in some manner,” Arrison said.

Velez took to social media to showcase the photos and make the announcement. She said that the overwhelmingly positive reaction has meant a lot to her, and she hopes that as her photos inspire others, they will also shed light on a very serious issue.

“I hope that if [others with student debt] are able, they’re inspired to tackle their student loans in the best ways that they can,” Velez said. “Or if people don’t have student loans, I hope that they understand the burden that it is on people who have them and the ridiculous things that it takes to finally kill them.”

The most bizarre Disney crossovers
Entertainment