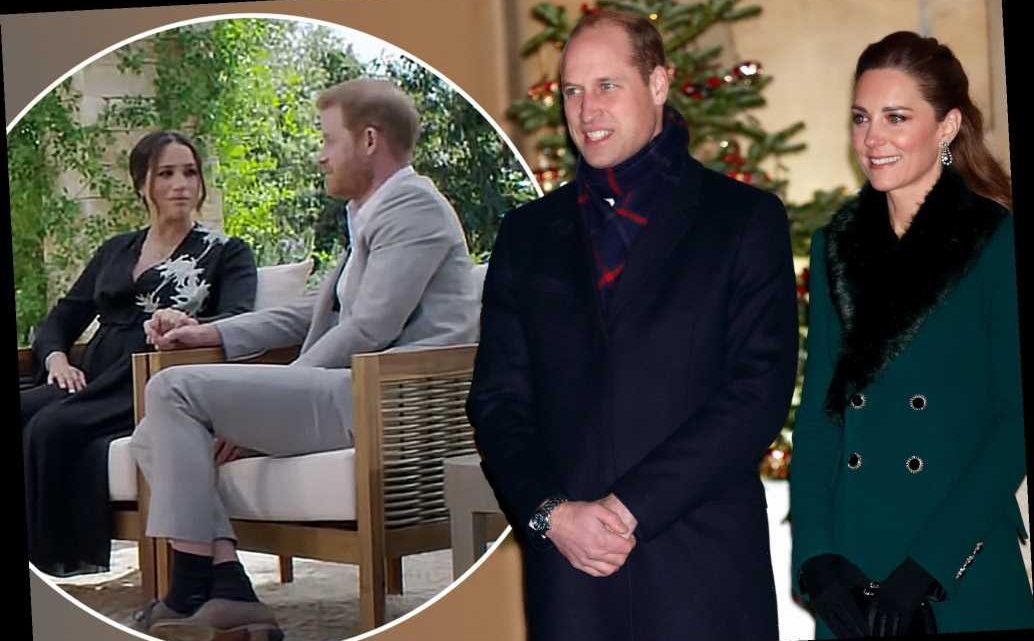 Meghan Markle to Oprah: ‘There’s a lot that’s been lost’ in relationship with royal family

The Duke and Duchess of Cambridge are dreading the uncomfortable attention that is about to hit the royal family thanks to his brother and sister-in-law’s decision to sit down for a tell-all interview with Oprah Winfrey, which is scheduled to air Sunday.

“William and Catherine could not be more discreet, they don’t want to get involved in this public bitch fest, but I am sure that William is desperately sad about all this,” one royal source told Page Six.

“Even when Harry spoke about the fall-out with William, there was no briefing from them. And by saying nothing, that is the smartest move.”

William and Kate, who have been in pandemic lockdown at their Norfolk home with their children George, Charlotte and Louis, make it a point to listen to the advisers around them, while “it appears that Meghan and Harry are listening to noone,” the source said.

“They don’t wish to elevate this soap opera — it’s honestly like watching Elizabeth Hurley in ‘The Royals,’” the source added.

“William and Catherine are surrounded by goodness, they have the Middletons, Carole and Mike, Pippa and her husband James, and James Middleton and his fiancée Alizee. They’re such a grounded, happy family.”

As Page Six revealed, William and Harry now barely speak and are believed to communicate by What’s App messages.

It was senior palace aide, American Jason Knauf, who reported Markle to Buckingham Palace HR for alleged bullying of staff, leading the Palace to launch an unprecedented probe into the complaints on Wednesday.

He now runs William and Kate’s royal foundation, but had previously worked for both William and Harry.

I was viciously trolled over my boobs after posting a dinner photo online, I can’t believe women were so cruel
Entertainment