Home » Lifestyle » Who'll find love on our virtual date? This week it's Marina and Fred 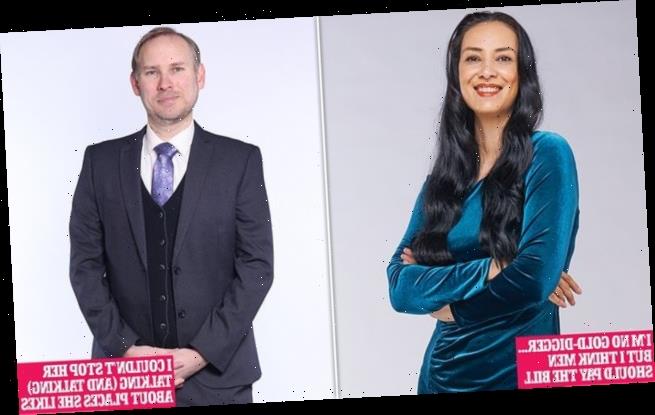 Who'll find love on our virtual date? This week it's Marina and Fred

Who’ll find love on our virtual date? This week it’s Marina, 40, and Fred, 43, but will romance be on the cards? 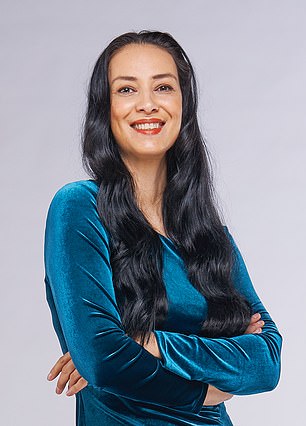 Marina, 40, has been single for three years with one son

I broke up with my long-term boyfriend, who is the father of my child, a few months after giving birth. We tried to make it work but we had different goals.

I have used dating apps but weeding out no-hopers takes so much time.

I’ve never been on a blind date before and I freaked out beforehand.

Single for three years with one son, aged four.

A man who spoils his woman. I’m not a gold-digger but I have no time for men who say, ‘Let’s split the bill.’

I planned my outfit from the waist up, choosing to wear a designer turtleneck top, which I found in a charity shop. It goes well with my black hair.

I was surprised. Fred seems younger than 43. He’s blond and looks a bit like a professor, but he isn’t my type. I’m more attracted to men who are fairly well built, and I could sense that Fred is one of those guys who lets his partner decide what they’re going to do as a couple.

Our conversation was stilted because there was a delay on Fred’s computer. We had to talk quite loudly to hear one another, too. But we did enjoy talking about food. Fred is French while my family is from Russia, so we swapped cooking tips.

He is comfortable in the kitchen, which I like in a man. I’d prepared a pot of tea and nibbles, but didn’t get a chance to eat as we were talking so much.

REGRETS? None. I’m glad I tried it.

SEE HIM AGAIN? No.

Not from my end. And I don’t think flirting is something that comes naturally to Fred.

No. I’m decisive and won’t let anyone be mistaken about my feelings towards them. We didn’t talk about seeing one another again as my son came into the room during the date. It was a natural ending to a great hour of conversation. I’d love to have Fred as a friend.

I think he liked me. He seemed to be trying to impress me with his culinary talents.

They would know he’s too quiet for me, but Fred is lovely and I hope this experience gives him the courage to go out into the dating world.

It has definitely made me feel more confident about finding someone in 2021.

Someone who knows how to cook and will do their share of the housework.

LIKED? Marina is smart and attractive.

REGRETS? None — it was a nice experience.

I married my first proper girlfriend after two years of dating in 2003. Before that, I didn’t date seriously, and since our separation and divorce I haven’t got back into dating.

I was apprehensive because I haven’t done anything like this before, but how else are you supposed to meet someone during a pandemic? Fortunately we were both rather nervous.

Wow! Marina lit up my screen and was warm and bubbly. She is a very attractive woman with long, dark hair.

While our internet connection wasn’t great, she asked plenty of questions which helped to break the ice.

Marina is someone who can talk about any subject. She loves urban life and living in London, while I’m a country boy and adore living in Yorkshire.

At one point I couldn’t stop her talking (and talking) about the West End and art galleries and museums she likes to visit.

We’re both big foodies, which is a plus for me. I am French and most British people turn green at the thought of snails, tripe and offal.

Not Marina. She told me how much she loves turkey heart, which really surprised me.

No. And I liked that Marina didn’t bat an eyelid when I explained how my parents prefer to serve ox tongue — cold with some mustard. Most women would gag.

It didn’t feel like it. However, there wasn’t a pause in the conversation.

Yes, that would be nice. While I’ve realised I’m still not ready for a relationship, I would be open to seeing Marina in person.

Ideally she would think that I’m an interesting and friendly person.

The date ended rather abruptly when her son woke up and she had to check he was OK.

I wasn’t sure how to finish the date, and we didn’t know whether we could exchange numbers.

I’d have carried on talking, but on reflection it seemed like a natural end.

Yes, I think so. Marina is very knowledgeable and I think they would like that.