Home » Lifestyle » Who'll find love on our blind date? This week it's Santhi and David 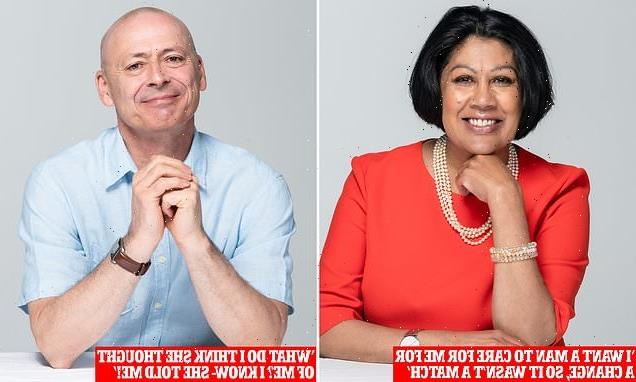 Who'll find love on our blind date? This week it's Santhi and David

Who’ll find love on our blind date? This week it’s Santhi, 60 and David, 60 but will romance be on the cards? 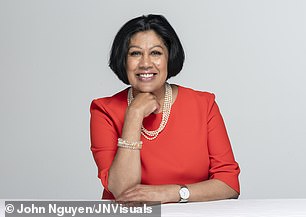 Santhi, 60, (pictured) is divorced with a son and daughter in their 30s

Divorced with a son and daughter in their 30s.

I’ve just got a new job as a hotel receptionist.

Someone kind, honest and genuine. I’m not interested in men who use people for their own gain.

I married at 19. We were together for 18 years before divorcing. My last relationship ended four years ago after 13 years. I play golf and I did meet someone through that, but he turned out to be married.

I felt nervous meeting a stranger, but I was delighted to be heading out on a date. I wore a smart dress and pearls, but I had Doc Marten boots on too because that’s my personality. I want to be myself.

When David arrived, I could tell he was nervous as he was a bit manic and fiddling with his coat. But he gave me a kiss on the cheek with a nice smile, and I was relieved he was presentable. I was sipping a G&T, but David doesn’t drink, which was fine.

REGRETS? None at all

COFFEE OR CAB? Coffee but no romance

He was very open; we chatted about our pasts, children and relationships. I told him about the two years I spent travelling around the world when I was 50. David was in a punk band in the 80s and I love that genre of music so we chatted about it. I often see live music.

Not really. Luckily, there was no awkwardness. Did Sparks Fly? I think he wants someone to look after him, while I want someone to care for me for a change, so it wasn’t a match. There was no romantic connection and we both felt that. I’m glad we were honest; we chatted about not being on the same page romantically. I brought it up and there was no awkwardness at all. He told me that although I come across as a confident woman, it seemed as though, underneath, that might not always be the case.

I’ve realised it’s time to show people my softer side, so I thought that was a perceptive observation.

He asked for my number and maybe we can meet again. But he’s only been single for a year so I don’t think he’s ready for a relationship.

I’m sure he thought I was absolutely perfect. Seriously, I think he enjoyed my company and liked my style. When we left, he hugged me. We genuinely had a lovely time.

My friends and my children are very accepting so yes, they would like him. He’s a lovely man.

A manager in local government.

A slightly eccentric women who is self-aware and honest. I’m not into materialistic women.

I was in a 12-year relationship with the mother of my children, followed by a succession of shorter relationships. My last relationship was for three years, but I’ve been single for a year now.

This was my first blind date so I was more nervous than I expected. I had ironed my shirt, cut my nails, memorised some golf anecdotes and practised a Sam Shepard smouldering look, so what could go wrong?

Santhi was there when I arrived, even though I was early. The first thing that struck me was her fantastic smile. She smiles with her eyes and is so genuine. She looked very classy. We greeted each other warmly.

LIKED? Her genuine smile, and that she’s self-assured

She is great company and so easy to talk to. What an interesting woman. When she was 50, she sold her family home, gave some money to her kids and then went travelling. I loved hearing about her adventures. I also loved that, despite the pearls, she’s still a punk girl at heart.

Sadly, it didn’t feel like a romantic encounter. We’re both 60 so had a lot to talk about, but there was no chemistry. I think she wants somebody who is perhaps more outwardly confident than me, who can match her energy.

She is clear about where she is in her life and what she wants, whereas I’m less sure.

We’ve exchanged numbers and I’d definitely be happy to meet. I’m not sure either of us will make the call though. What was refreshing was that we had the conversation about next steps and the fact we didn’t feel a romantic connection, and parted on good terms.

She told me. She found me honest and easy to be with. She enjoyed my company, which was nice to know.

I think they would. She’s interesting and has personality. She’s not conventional and I liked that.