Who is Sophie Countess of Wessex’s daughter Lady Louise?

Sophie Countess of Wessex is one of the most popular members of the Royal Family.

She married Edward in 1999 in a wedding at St George’s Chapel.

She is 15 and was born at Frimley Park Hospital, Surrey.

Sophie Countess of Wessex: Who is her daughter Lady Louise?

She currently lives with her family in Windsor, and is 13th in the line of succession to the British throne.

She was born in 2003 by emergency Caesarean after her mother went into labour prematurely.

She currently attends St Mary’s School Ascot, ranked number one in the UK by the Telegraph last year. The private school costs £12,930 per term to attend.

Lady Louise is in the Girlguides, and is a keen equestrian, excelling at carriage driving.

His full title is James is Viscount Severn.

Sophie recently took over a role from Prince Philip as the 97-yer-old gradually retires from royal duties.

The Royal Family Twitter account tweeted: “The Duke of Edinburgh has officially handed over the Patronage of The Chartered Management Institute to The Countess of Wessex.”

The Chartered Management Institute supports those in management positions across the UK. 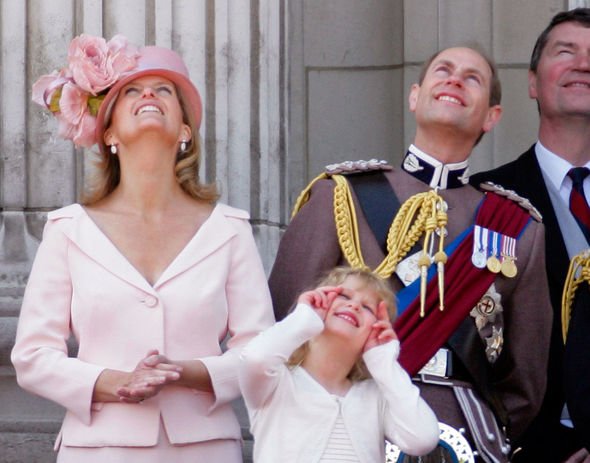 Does Sophie Countess of Wessex work?

Sophie does work, for the Royal Family, representing the Queen at various events.

The royal website reads: “A full-time working member of the Royal Family, The Countess of Wessex splits her time between her work in support of The Queen and visits to a large number of her own charities and organisations.

“She has a wide range of interests which include supporting people with disabilities, the prevention of blindness in developing countries, agriculture and fashion.”

The Countess of Wessex is a patron of many, many charities, including 100 Women in Finance, Blind Veterans UK and Breast Cancer Haven.