Home » Lifestyle » When is the first day of winter? Why you might be getting confused with the dates 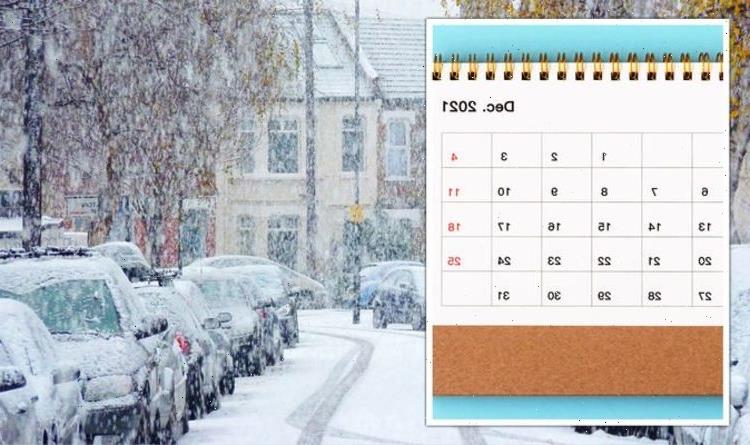 When is the first day of winter? Why you might be getting confused with the dates

With cold weather taking hold and Christmas on the way, it definitely feels like winter is in full swing. But how do you decide it’s officially winter? The Met Office has shared the official start dates of winter this year, but they are dividing opinions with which is the “real” start date of the season.

How do you know it’s winter?

Is it when you need to leave the house in your chunkiest coat, or when the last leaf has fallen from the trees?

Does it change every year, or is there a set date we can agree marks the beginning of winter?

According to the Met Office, there are two different ways to define the winter season.

These are astronomical winter and meteorological winter.

Astronomical seasons are determined by the distance between the earth and the sun, as a result of the earth’s tilt.

So, astronomical winter is defined as the period when the Earth’s north pole is furthest away from the sun.

The Met Office says this year, astronomical winter doesn’t begin until December 21 – the date known as the Winter Solstice.

Astronomical winter will last until March 30, 2022.

The beginning of astronomical winter changes slightly every year, but is usually around the date of December 21.

You might be thinking it strange winter doesn’t officially start until four days before Christmas – and many others would agree with you.

The alternative way of looking at the seasons is using a meteorological definition of the seasons, which is what the Met Office uses.

So, according to meteorological seasons, the first day of winter is today; December 1.

Winter will last until March 1, when spring begins.

Spring then runs until June 1, which marks the beginning of summer.

June, July and August make up the Summer months, before autumn officially begins on September 1.

Then it’s back to winter on December 1 again.