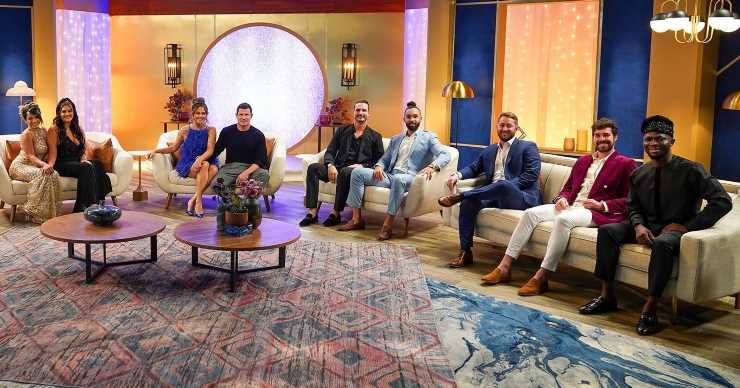 Netflix released the official trailer for the upcoming finale and reunion on Friday, November 4. “The shocking moments everyone is talking about have led to this,” the footage hints as bombastic music plays in the background.

When the latest batch of episodes hit the streaming platform on Wednesday, November 2, fans were left with a cliffhanger as Nancy Rodriguez waited to hear fiancé Bartise Bowden echo her “I do” at the altar. Other remaining couples include Colleen Reed and Matt Bolton, Zanab Jaffrey and Cole Barnett, and Alexa Alfia and and Brennon Lemieux. (Raven Ross and Sikiru “SK” Alagbada‘s wedding was shown before the season finale, and the duo didn’t tie the knot.)

In the first look at the season 3 reunion, cohosts Nick Lachey and Vanessa Lachey grill the cast with “so many questions” about what went down in the pods, in the real world and on their wedding days. “You guys are still together, right?” the former boybander, 48, presses as Nancy, 32, appears to break down in tears.

Quick snippets of the cast’s conversations hint at dramatic twists and turns, as Alexa, 27, blurts out, “What the f–k?!”

‘Love Is Blind’ Couples: Who Is Still Together and Who Broke Up?

Season 3 has been an emotional roller-coaster for both its stars and the viewers. After her fate was revealed in Wednesday’s wedding episode, Raven, 29, exclusively opened up about being turned down at the altar.

“In some ways, I was definitely shocked. Him and I didn’t talk about, like, a definitive answer before we got up on the altar, but I knew in my heart and I knew in his that, like, we had this incredible journey and that was so special to us,” she told Us Weekly. “And we’ve worked through so many other problems that even if it’s not our time today, like, pretty soon we can try to work on it and get better and just keep growing — that’s probably the best thing that we did throughout this entire thing is just grow together and be patient.”

After attempting to blend her own lifestyle with SK’s Nigerian culture, the MBA student realized he and Raven simply didn’t mesh. Despite their breakup, SK looked back on his journey fondly.

“The last days of the @loveisblindnetflix experiment took me on an emotional roller coaster,” he wrote via Instagram after the episode aired. “I was happy, sad, scared, hungry and sleepy all at the same time. Watching our two different worlds come together in such an unconventional way was no easy feat. The love and support from friends and family was what kept me going, but overall, there wouldn’t be a love story without you. Thank you @pilatesbodyraven for coming on this journey with me.”

The Love Is Blind season 3 finale and reunion hit Netflix on November 9.